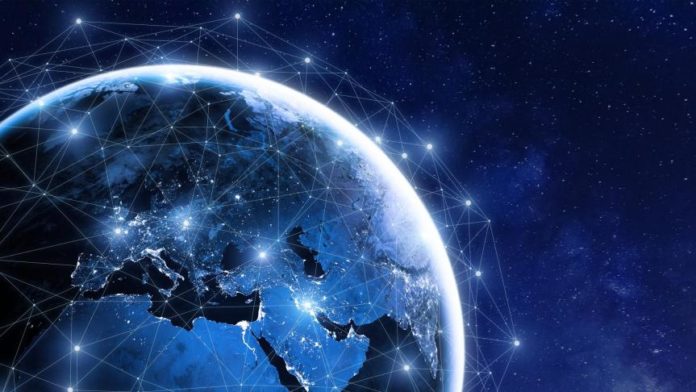 Sticking with our recent space theme, I wonder if you grasp the cosmic significance of the Feb. 22 launch of two Starlink satellites by SpaceX? These two satellites, Tintin A & B, are the test satellites for another of Elon Musk’s and SpaceX’s seemingly endless big hairy audacious goals (BHAGS), this one to enable gigabit internet speed to anywhere on earth. As summarized in Inc,

“Shockingly capable wireless communications is what SpaceX intends to deliver worldwide. Over the next 5 years, SpaceX is planning a grid over the Earth of 4,425 main satellites boosted by a supplementary network of 7,500 low orbit satellites. Collectively, they’ll deliver gigabit internet.”

SpaceX is not the first to envision such a system. Elsewhere, OneWeb has the backing of SoftBank, an agreement with Blue Origin to provide launch services and FCC approval, but no launches yet. Space Norway, and Telesat also envision global networks, and going way back there was the original vision of Teledesic. SpaceX is different in that they began by building the launch capability, rather than building satellites and then looking for a launch partner. This gives them a substantial edge.

SpaceX has suggested their system could generate as much as $40 billion a year in revenue, from 30 million customers (average monthly cost for gigabit internet in that scenario is about $111 U.S per month which seems possible).

But the two key take-aways in this story are first that SpaceX once again is moving the ball far ahead in pushing the new space industry to become better, and, second, that they may finally have a real shot at bringing high speed internet to the 40% of the world that is still out of reach. The first point is captured in this quote from Brig. Gen. Wayne Monteith, commander, 45th Space Wing, on how SpaceX is moving the industry ahead:

“They have forced us — and I mean forced us — to get better, infinitely better, at what we do,” he said. “We are adopting commercial business practices and becom[ing] more efficient and more affordable. Working with them, we have been able to reduce our main launch footprint by 60 percent and reduce the cost of a single launch by over 50 percent.” He foresees a world of almost weekly Florida space launches.

The second point is illustrated by this tweet from @DangHeZhengFu to @ElonMusk responding to his announcement of the successful deployment of the test satellites:

Maybe it’s hard for you to understand how hungry we, those of us living in the dark world, are to see the stars of freedom. THANK YOU!!! GOD BLESS YOU!!!