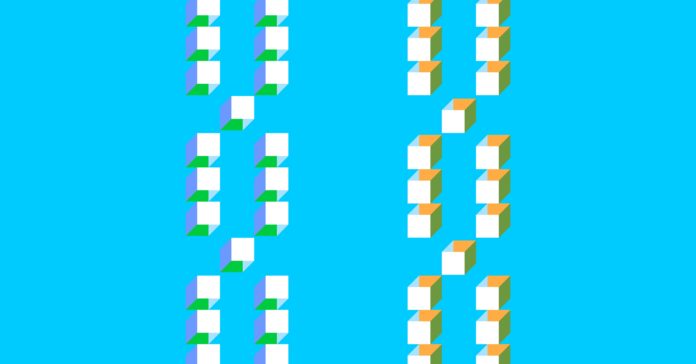 Scientists lust after genomes like the wolf from a Tex Avery cartoon, heart pounding in throat, tongue lolling, fist pounding on the table, submarine-dive-ahOOOgah!-alarm sounding—all out of desire for the hot, hot data curled coaxingly inside every one of your cells.

Think of all the information tucked into those sinuous DNA spirals—and the life-saving discoveries that some smart machine learning could pull out if it had lots and lots and lots of it to learn from. But first, researchers need a lot of genomes. The bigger the database, the better—only about a million people have taken it all off, as it were, and gotten their whole genomes sequenced. Even though about 12 million people have gotten at least some of their genes unravelled—mostly by companies like 23andme or Ancestry—that level of detail isn’t enough for a precision-medicine future. But it’s getting easier: Ten years ago a whole genome cost $10 million a pop; today it’s more like $1,000.

So far, getting your whole genome sequenced won’t tell you as much as you might hope about your health. It can’t—not until the genome jockeys have had their way with a much bigger database. Chicken, egg, etc. And there’s an obstacle. In a study of 13,000 people, 86 percent worried about what would happen if a researcher misused their genetic data. Slightly more than half had concerns about their privacy.

Obviously there can be only one solution: the blockchain.

Did you just hear a record-scratch? Did the picture just freeze-frame? Yeah. That’s me. You’re probably wondering how I got to talking about blockchains.

Well, it all started when people interested in cryptocurrencies like bitcoin and ethereum realized that their most interesting aspect was not the preposterous valuation or the planet-jeopardizing energy vampirism, but the secure, unhackable ledger that keeps track of transactions. Perhaps that might be useful in, for example, health care, where nobody really knows how to move around electronic medical records securely. An IBM survey of 200 healthcare execs found that 16 of them planned to have a commercial blockchain something-or-other this year. A study from Deloitte promised that the blockchain’s ability to create nationwide health information interoperability could have transformative potential. Transformative information interoperability, y’all! I mean, come on!

Early February brought the announcement of Nebula, a company co-founded by the imperial macher of genomics, George Church. His expertise is collecting and understanding genomes; the blockchain stuff, as he hilariously acknowledged in a Q&A with the journal Science, is somebody else’s problem. “When you have the blockchain you have a trustless mechanism in place, where people know they can verify who’s accessing their data,” says Dennis Grishin, another Nebula co-founder. In other words, a blockchain brings security and trust without centralization. “You don’t need to trust or verify a third-party central authority to take a cut.”

The Nebula team expects that people will get their whole genomes sequenced—by Nebula’s machines or others. Research groups that might want to use any individual’s data can pay those individuals to access it with Nebula tokens purchased from the company. (And people can buy their own sequencing from Nebula with those tokens, too.) Research on the DNA, says Grishin, happens on securely partitioned computers, and the buyers of the data get access to the results.

That sounds, maybe, complicated? “The first group of people we’re reaching out to is the cryptocurrency community,” says co-founder Kamal Obbad, “which is on average better educated about data privacy.”

Nebula has competition. LunaDNA will let you upload your genetic information and receive “LunaCoins” when you let researchers have access. EncrypGen does something similar, but with metadata about the actual genome. The AI health care company Insilico is building a system called Longenesis that will let people upload and trade all kinds of health and medical data, not just genomes. And it’s working with BitFury, a major miner (heh) of bitcoin. Zenome lets you upload a text file of your genome, and pays in ZNA Tokens.

If you believe that these synthetic marketplaces have real value, then blockchains are good, and it makes sense that cryptocurrencies could power and incentivize transactions. Actually, I guess all markets are synthetic, but still. It’s a promising idea. “My wife is a genomic scientist and I’m an ethicist and a lawyer,” says David Koepsell, the CEO and founder of EncrypGen. “We were interested in keeping privacy and encouraging data use in genomic science.”

The strongest parts of the internet are decentralized and peer-to-peer. Leveraging those characteristics does seem like great news for genomics and medical records in general. Linking all those As, Ts, Gs, and Cs to specific diseases, susceptibilities, and health outcomes could genuinely change medicine. Drugmakers could tailor therapies to specific people; diseases of old age could get corrected before they ever manifest themselves.

So maybe the people who actually provide the data that’ll enable it should get a little something for their trouble, huh? “If these sequencing companies truly promote ownership by the individual of their genome, that’s a great segue to owning all your medical data—your genome, the data you generate from sensors, your scans,” says Eric Topol, a genomics researcher at the Scripps Research Institute.

But blockchains may not be the perfect solution. For one thing, most of the new genomic blockchain companies aren’t on the same kind of network as bitcoin. That cryptocurrency is “trustless” because no central authority validates the transactions in the ledger, and anyone whose computers can do the required math can join to mine and add blocks. Medical information-related start-ups tend to be closed blockchains where a central authority—the company, usually—awards the tokens and decides who’s in.

More than that, they’re not interoperable. Your genetic data on Nebula won’t get you tokens on Zenome or EncrypGen. That doesn’t bode well for the broader use case of moving personal data among health care providers, who already have multiple siloed electronic medical records databases. And it really doesn’t bode well for the researchers who need ultrabig genome databases.

Plus, the verifiability and security of a blockchain doesn’t necessarily add up to privacy. In the case of a genome, let’s say, you might want to monetize its nominal value, but you don’t want it to fall into just anyone’s hands. And you really don’t want it to be out there attached to identifiable medical and personal information. Even though that’s exactly what researchers need.

To be fair, the companies starting up in this space all say they have approaches to deal with these security and privacy concerns. The technology is still developing. For now, though, it’s a weakness. “Data is not a single piece of currency. It’s reusable….once you reveal the data, it’s just data,” says Bradley Malin, director of the Health Data Science Center at Vanderbilt University. “So you’re going to have to ask the question of, how do you know they’re not copying it and moving it elsewhere? The blockchain doesn’t stop that.”

Researchers won’t just want a lot of genomes. They want genomes from, let’s say, everyone with clinical depression, or everyone with ovarian cancer, or everyone with chronic pain. They need phenotypes, the things that genes actually do, to understand what they’re looking at. That’s why companies like 23andMe—and Nebula—ask people to provide that information through surveys.

When you start attaching financial value to that information, people could potentially try to game the system. Researchers and companies are going to want relevant, “interesting” genomes. “Once money is in the picture, people might very well start behaving what we call ‘rationally,’ but in a way that’s not very good for the system,” says Emin Gün Sirer, co-director of the Institute for Cryptocurrencies and Smart Contracts at Cornell University. “They start answering surveys in a manner that makes their data interesting.”

Still, getting more people sequenced is probably a good idea. (Research programs like eMERGE have been trying to deal with this for at least a decade, and the federal government’s $4 billion All of Us precision medicine project aims to enroll 1 million volunteers.) Right now most of the genetic material available is from particular demographic groups, mostly white people with the disposable income to buy the scan. That limits scientific usefulness. But some groups are less likely to join in. They might recall negative experiences with scientific experimentation in the past—like when the infamous Tuskegee experiments deliberately denied treatment to African Americans with syphilis and concealed the purpose of the research.

More broadly, someone may still have to answer the question of what people who participate in science—volunteering their time or their cells—should get in return. Maybe the answer is “nothing,” and we participate because it advances science for everyone, and we’re all part of a community. Or maybe we need more of an incentive. People remember that science and society accrued tremendous benefits from the “immortalized” cells derived from Henrietta Lacks, which became vital to biomedical research. But Lacks and her family didn’t benefit directly. “You don’t want to end up in the Henrietta Lacks situation again. You don’t want to exploit a population,” Malin says. “But you do want to have the ability to make the system better for everyone who’s going to use it.”

Drones and Drugs: The new way to smuggle