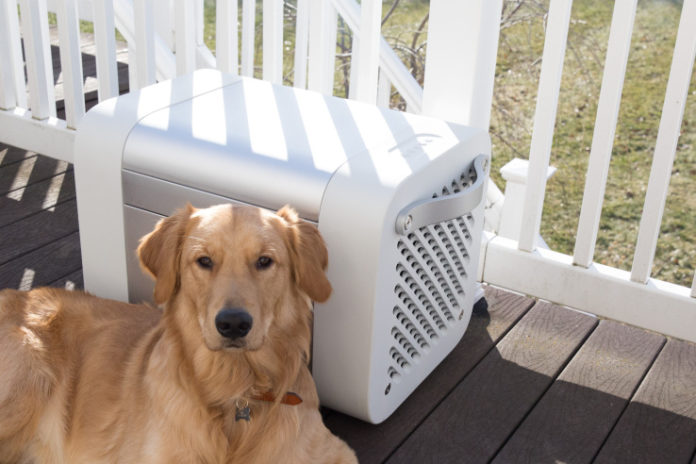 This speaker is huge. It’s the size of a cooler a person would take camping for a week. It weighs 48 lbs. And for a good reason, too. The Kube speaker from Thomas and Darden is solid and packed with power. The company says it can put out 122 dB of sound. But it’s not a good sound. That’s the rub.

This is a massive speaker that gets really loud but doesn’t sound great at any volume. This speaker costs $2,999. It’s not worth half of that.

Let’s start with the good.

The Kube speaker feels and looks like it’s worth its multi-thousand-dollar price tag. It’s as solid as a tank and looks like it belongs poolside at a boutique hotel I cannot afford. I feel like I need to drink cocktails around it. The company says the speaker is marine certified.

The center is skinned in aluminum while the two ends are encased in a soft-touch rubber. The handles are metal, and the controls glow with an attractive warmth.

There’s a battery in the Kube speaker. The company says it can last for 50 hours at medium volume and recharge USB devices. I didn’t test it.

The ample space between the two speakers is a storage compartment. The speakers themselves only have small speaker cabinets on either end. I guess it’s handy to use part of the enormous speaker as storage, but it would be better if that space served as part of the speaker. The Kube might be as big as some automotive subwoofer boxes, but it doesn’t act like one. And that’s the problem.

The Kube speaker’s sound quality is average. It has the same audio fidelity of most wireless speakers with boring mids, sharp highs and dull lows. At high volumes, the mids overpower everything, leaving a muddled mess with no bass and straining highs. I want this $3,000, 50-pound speaker to pound. It slumps.

The company says the Kube speaker has 350 watts from a digital amp capable of outputting sound at 122dB. I can attest to the loudness. It gets loud but the sound quality degrades as the volume increases. A user cranking this speaker shouldn’t expect to have clear tunes.

Even though it gets loud, this isn’t a speaker for a DJ. The lows are pitiful and flat. Country music sounds the best on it followed by some rock. Hip-hop and house music are painful at any volume.

I tried the speaker inside and out, in a small room and a great room and on my deck outside. It performed best in a smaller place, likely because with the speakers mounted on either end, the smaller space provided walls for the sound to bounce off. Outside, where the Kube speaker is supposed to excel, the audio was not focused and needed to be turned really loud to compensate. I’m sure my neighbors loved it.

The audio is incredibly directional. Ignoring the left and right channels is hard. The Kube speaker has a hard time creating a cohesive soundstage though placing it in a smaller room helps.

The speaker sounds best through a direct 3.5mm connection, and Airplay sounds better than Bluetooth. 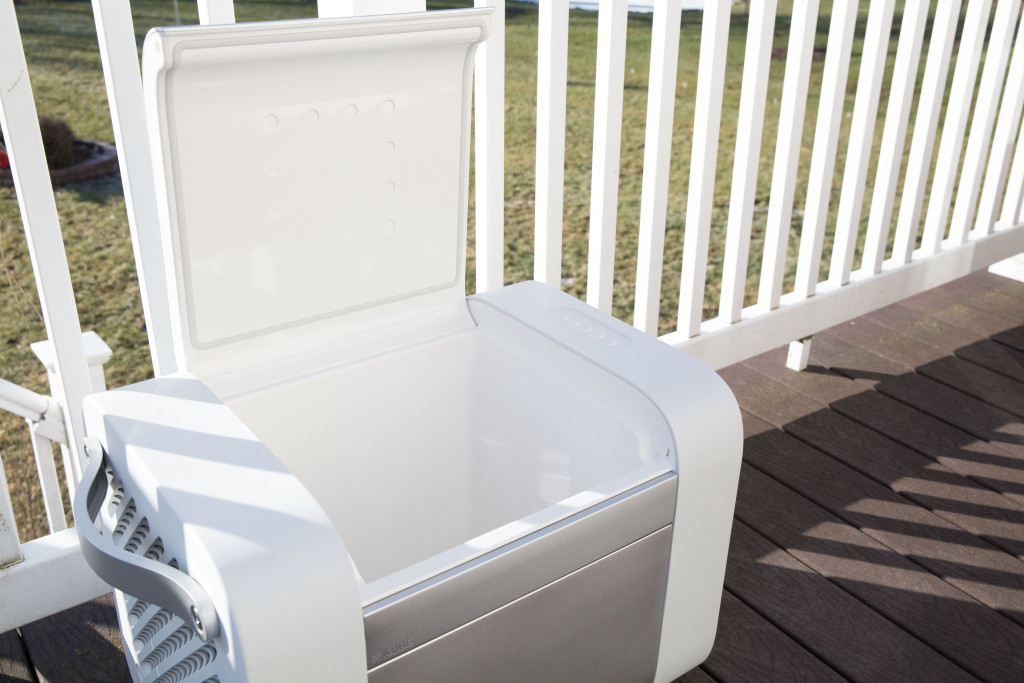 With that much power and costing $3,000, a reasonable person would expect the sound quality to be above average at low and high volumes. It’s not, and the Kube speaker is a good reminder that high power output does not always translate to high sound quality.

The sound is provided by two 3×5 speakers with small ported enclosures. It’s a shame, too. The Kube speaker is massive, and most of the space is relegated to being a storage compartment instead of an array of drivers and null space that could give the sound room to breathe and grow.

I asked the founder why he made this product and he responded that there was nothing else on the market that offers the same sort of power with the storage capability. And I guess that’s true. But if a person doesn’t need a spot to hold their vinyl records or Fiji water, other standalone speakers offer similar power output but with quality sound. Marshall makes fantastic speakers that look and sound the part. For the same $3,000 price as the Kube, Devialet sells the Phantom which offers rich tones at any volume, though, I guess, you wouldn’t put a Phantom on the side of a pool.

Skip this speaker. Here’s the main issue: It doesn’t do anything well. It’s not a good speaker at low volumes, it’s not a good speaker at high volumes, and it’s silly to spend $3,000 on a storage container. As a complete package, it’s overpriced and there are countless other options for better quality sound at its price. If the speaker was available at a fraction of its $3,000 price, the sub-par sound quality could be overlooked. I just cannot recommend a speaker that costs so much and sounds so inadequate.

GizmoCrazed - December 21, 2018 0
Bellabeat, the company behind a variety of health and wellness wearable devices aimed at women, is now selling its first smartwatch. The device, which...

The huge 'Collection #1' data breach is only a small part...

What exactly is Artificial Intelligence and its brief history