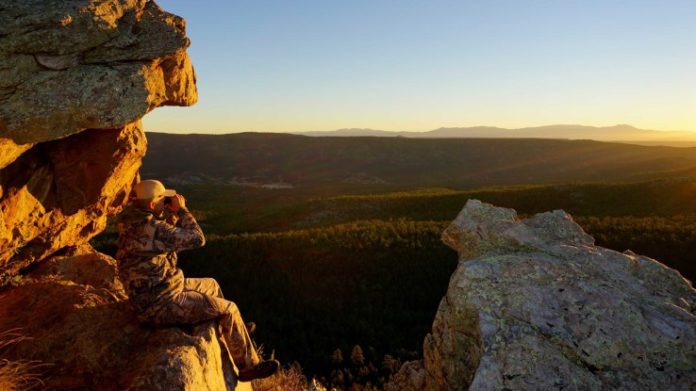 A mapping startup based in Missoula, Mont., which allows users to download sophisticated offline topographic maps outlining public and private lands and a number of other features geared towards hunting, fishing and camping, has pulled in its first major outside funding.

onXmaps has closed a $20.3 million Series A round led by Summit Partners. Bessemer Venture Partners, Millennium Technology Value Partners, Next Frontier Capital and NBCUniversal CEO Steve Burke also participated in the round. The company is calling the fundraise one of the biggest ever among startups based in Montana. 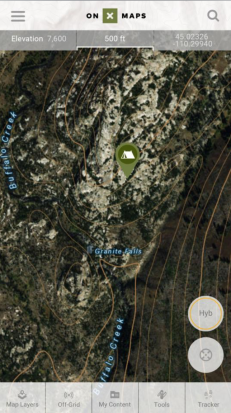 This is impressively the first bout of outside funding that the 70-person startup has ever taken since being founded in 2009.

The company’s founder and CEO Eric Siegfried, an avid outdoorsman himself, had created a more basic program to integrate these maps with his own Garmin GPS. After finding his friends were interested in having a product like this too, he put down $27k of his personal funds into the venture and turned his wife’s scrap-booking room into an HQ of sorts, copying the software he’d written to microSD cards and laser-printing labels.

A big application of the Missoula, Montana-based startup’s technology has been in enabling users to track the boundaries of public and private lands while creating custom maps with other information grouped into “layers” for when they’re hunting, fishing or hiking. The company’s central product for desktop, mobile and Garmin GPS devices is an app called onX Hunt, which the startup says is used by “millions of hunters” though onXmaps CTO/COO Joshua Spitzer notes that “almost zero percent of users use the product just for hunting.”

The company’s maps cover nearly one billion acres of public land and around 121 million private properties according to the company. Users can download topographic maps of these areas and use their mobile device’s GPS functionality to follow their own movements along user-designed routes or the more than 400,000 miles of trails that are available in the company’s app.

Public data access differs on a state-by-state basis so users can either pay $30 per year to get access to maps for a single state or they can plop down $100 annually to see data for all 50 states.

The company has thrived inside the Montana startup ecosystem, which you’d be forgiven for not having heard much about. The company’s leadership is pretty emphatic that the company’s success owes a lot to Montana itself though.

“In the onXmaps history, Montana is actually almost like a co-founder in some ways,” Spitzer told TechCrunch. “The company that we have today could never really have been founded anywhere else based on the sporting history and sporting culture in Montana and the patchwork land ownership situation that exists with public and private lands.”

As the company looks to grow, it’s looking to build new products outside of its core Hunt app in the coming months and use this latest round of funding to acquire more customers and more data to strengthen its services.

The company’s Hunt app is available for download on iOS and Android.

GizmoCrazed - December 6, 2011 1
Remember everyone's cool favorite geek, Steve Wozniak? The cool man, that everone knows about. And being an Apple co-founder, one would think that he...

Scotland Providing Power to Most Households With Wind Energy

Google Apps Most People Need, but Don’t Know About