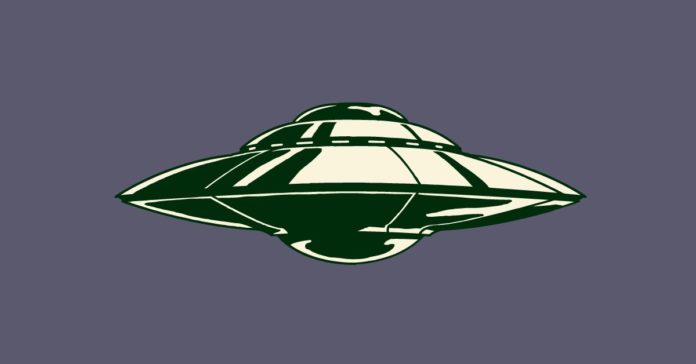 In 1994, a Mormon family bought a 480-acre plot in in Utah’s Uintah Basin, thinking they’d get back to the land. But this particular land was weird. It came with too-large-thrice-over wolves that refused to die by bullet, cattle with their reproductive organs sucked clean out, and a multitude of UFOs, as they told the Deseret News in 1996. It was driving them bonkers.

Robert Bigelow saw their story. Today, the Nevada businessman is known for founding Bigelow Aerospace, which spun off a business to sell its expandable space habitats just last Tuesday. But in 1995, he had also founded something called the National Institute for Discovery Science, an organization built to research paranormal phenomena. Soon after reading the newspaper story, he took Skinwalker off the family’s hands, and his institute set up shop.

That, at least, is the story told in Hunt for the Skinwalker, a book that I downloaded in audio form one Friday night in January. Bigelow deactivated the National Institute for Discovery Science in 2004, after years of failing to capture the supposedly supernatural. But as the world recently discovered, he didn’t give up the cause. In December, a New York Times story revealed that Bigelow Aerospace had conducted a study on UFOs—for the Pentagon. I’d been interested in Bigelow’s anomalistic dealings since that article came out; thus, the audio book.

The Pentagon’s Advanced Aviation Threat Identification Program officially ended in 2012. But similar work continues today—involving people from both the defunct Defense Department program and Bigelow’s dismantled paranormal enterprise. They have become part of a for-profit company: To The Stars Academy of Arts and Science, which launched in October 2017 to research and reverse-engineer UFOs, among other goals.

Bigelow has gotten his fingers into lots of private UFO pies. Even before Skinwalker, he helped initiate the UFO Research Coalition, which puts his UFO-hunting career at about 24 years old. Bigelow is not officially involved with To The Stars. But its aims, and its team, seem to line up with his past and his people. So I set off to try to understand that past.

All eight hours and 42 minutes of audiobook downloaded, I got in my car at 5 a.m. the next day with my sister. Pointed toward Skinwalker Ranch, hoping for context and maybe something strange, we sped through the Rockies, trying to beat the ski traffic and a snowstorm. All the while, the staid voice of the book’s narrator described the alleged happenings at Skinwalker.

As my sister and I journeyed down I-70, the book’s authors—George Knapp, a journalist, and Colm Kelleher, former deputy administrator of Bigelow’s institute—presented the paranormal tales almost as matters of fact. Kelleher has a PhD in biochemistry, but his mindset was often anti-scientific. He took coincidences as meaningful; he aw-shucksed every time an “anomalous phenomenon” mysteriously evaded the cameras. The supposed point of Bigelow’s National Institute for Discovery Science was to get away from that kind of softness.

About four and a half hours and several hundred milligrams of caffeine in, I listened to a description of how instrument-bearing institute investigators witnessed a growing yellow light—or maybe a tunnel—from which a faceless black creature maybe emerged. I needed a break. Pausing the book, I pulled over at Rio Blanco Lake, a rare bit of water with an assemblage of red picnic tables. The lake, frozen, stretched to the scrub-covered buttes on the far shore. It was peaceful.

Then came the noises. Great metallic twangs, or thwangs, or something, that seemed to start here, no there, and rush across the landscape as if carried on an invisible wire.

“What is it?” I kept saying, deeply unnerved—not because I thought it was inexplicable but because I couldn’t explain it.

And then the lake’s ice cracked, the break spreading fast like a faultline in an action movie. The frozen water heaved itself into a new position.

With that, the noises explained themselves and stopped. We stood in the silence for a few seconds.

“That’s probably the weirdest thing that will happen all day,” my sister eventually said.

We continued on our way toward Skinwalker Ranch, where Bigelow’s people had, for years, tried to find that weirdest thing, every day. Researching UFOs seems a bit like gambling: You mostly lose, or break even, but the promise that you might hit jackpot is powerful. “The thing about UFOs that makes them so mysterious is that they disappear,” says historian Greg Eghigian, who is researching the global history of UFO sightings and alleged alien contact. “Not that they appear.” You just have to keep looking and hope they come back.

Toward the end of the book, the authors let us know that Bigelow abandoned studies at Skinwalker in the early 2000s. But he didn’t stop looking: In 2007, he got that Pentagon contract—some $22 million to study advanced aerial threats, including some that remain allegedly unidentified.

Around the same time, in 2008, Bigelow created a new company: Bigelow Advanced Aerospace Space Studies, a subsidiary of Bigelow Aerospace.

Archived versions of the Bigelow Aerospace Careers webpage say it “focuses on the identification, evaluation, and acquisition of novel and emerging future technologies worldwide as they specifically relate to spacecraft.” (Blair Bigelow, vice president of corporate strategy at Bigelow Aerospace, declined to comment.) Colm Kelleher—co-author of the Skinwalker book—was the company’s deputy administrator, according to his LinkedIn page.

Around the same time Bigelow created the new company, he also hitched a star to the Mutual UFO Network, a nonprofit that collects and investigates user-submitted reports of UFOs, according to MUFON’s executive director Jan Harzan. “If we were able to fund you so you could put investigators on the ground faster,” Harzan recalls Bigelow offering, “could you get better data on some of these reports?” Together, MUFON and Bigelow supported investigators’ fact-finding expeditions, and shared data—though for less than a year.

But that didn’t stop Bigelow from collecting UFO reports outside of the MUFON collaboration. The FAA, for instance, used to suggest pilots report UFO sightings directly to Bigelow Advanced Aerospace Space Studies. Christopher Rutkowski, who coordinates the Canadian UFO Survey, says Bigelow approached him at a MUFON conference in 2009. “He asked me to help him in his UFO-related efforts by alerting him and his team to any ‘good’ Canadian cases that needed onsite investigations,” he says. One of Bigelow’s people checked in with Rutkowski every few months following, for a year or two.

That person doesn’t call now. The FAA doesn’t instruct pilots to report to Bigelow. The Pentagon program is over. There’s no more MUFON collaboration. The National Institute for Discovery Science is kaput. So where’s a guy to get a bunch of UFO reports?

The newest answer might be To The Stars Academy—and its newly-launched “Community of Interest.” On this site, you can currently view two videos of alleged UFOs—the same footage embedded in the Times story about the Pentagon program—as well as a video interview with a Navy pilot who says he witnessed one of those events and a written report of the same encounter. In the future, the site aims to amass and analyze many more reports of anomalies.

Although a representative from To the Stars claims no affiliation with Bigelow, the overlap between its team and Bigelow’s is inarguable: Hal Puthoff, who was on the board of the National Institute for Discovery Science, is now the vice president of science and technology at To The Stars. Kelleher is now To The Stars’ biotech consultant. And Elizondo, who was reportedly in charge of the Pentagon program that contracted Bigelow’s company, is now To The Stars’ director of global security and special programs.

And if the gathered reports are public, Bigelow could check them out, same as anyone else. If Bigelow is as committed to ufology as his last two decades of work have suggested, he could do worse than striking a deal with this group.

When my sister and I arrived at Skinwalker Ranch (now owned not by the institute or Bigelow but by the mysterious Adamantium Real Estate (whoever that nerd is), we were numb to the claims of its strange happenings. To be clear, I don’t really believe in much. Not God, or miracles, or magical beasts. I don’t believe that anything “defies” the “laws of physics.”

I do believe that we probably misunderstand some laws of physics, that our knowledge is, in some cases, incomplete, or even drop-dead wrong. I believe there are things in the universe we don’t get yet, that our scientific explanations haven’t caught up to. But I also believe that they can. Anyway, I’d driven all the way to the Uintah Valley, and I was sure going to try to look for something strange in the sky. We found a legal gravel pull-off that looked down on the semi-martian land of Skinwalker, and stared at the sky, waiting.

I added an extra layer to my clothes, blew hot air into my gloves, and found a nearby rock suitable for sitting, surrounded by broken glass and scattering of half-smoked cigarettes. And so my sister and I sat, mock-gasping at the lights from low-flying planes.

And then the clouds, which had hung low all day, began to clear. The stars—some of them perhaps supporting life that almost certainly has not come here, but, you know, maybe—were crisp and clear. I turned Hunt for the Skinwalker back on, my phone’s speaker pulsing from my pocket.

We scanned the skies; we listened to the tall tales.

“It’s good out here,” I said to my sister. “But you were right about that ice.”

“That it was the weirdest thing that would happen all day.”