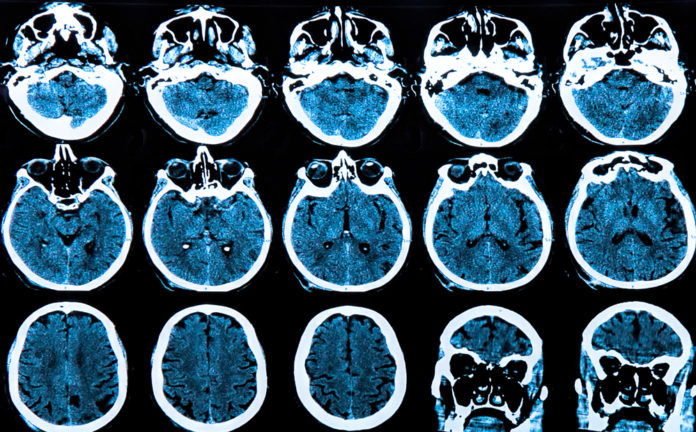 Scientists have found a silver lining to Huntington’s disease.

The malady causes nerve cells in the brain to break down; there is no cure. But if there’s one redeeming quality to this fatal genetic illness it’s this: Medical data has shown that people with Huntington’s are 80 percent less likely to develop cancer than the general population. But why?

Building off of previous experiments and related studies conducted over several years, Marcus Peter and his colleagues at Northwestern University in Chicago say they have successfully pinpointed the link between Huntington’s and cancer cells: RNA interference.

Peter, a professor of cancer metabolism at Northwestern’s Feinberg School of Medicine, said that there’s a system built into every cell that allows for it to kill itself at the detection of any serious defects. It’s been coined the “kill-switch” mechanism, and it involves the function of the RNA interference system, which is used in body cells to silence certain gene expressions.

“It’s a fantastic tool to interrogate the genome by selectively silencing individual genes and asking what happens to the cell,” says Peter.

Peter’s team can apply a cell silencer by either completely destroying the messenger RNAs (the instructions for building proteins), or by simply masking the mRNA and making it unreadable, thus stopping it at the protein production level. The first method involves small interfering RNAs (siRNAs), which cut up the mRNA, while the second relies on regulation help from a family of small RNAs called microRNAs. Both siRNAs and microRNAs are being heavily investigated for their role in cancer treatment.

Peter and his team found that they could induce inevitable cell death in cancer cells with siRNAs containing certain sequences. They called this system DISE: death induced by survival cell elimination.

“When we induce this particular form of cell death with siRNAs, we noticed that multiple, I mean many, cell death pathways are activated in parallel, and the fascinating part was that the cells could not become resistant to this,” says Peter.

Cancer cells are masters of resistance. Over time, most treatment therapies fail because cancer cells adapt and mutate components of the pathway so it can no longer accept or deliver signals. But by attacking an entire network of survival genes, the cell simply becomes overloaded. Better yet, the sensitivity to this treatment does not change with repeated exposure.

The Next Logical Step

Andrea Murmann, a research assistant professor at Northwestern and first author on the study, discovered the next steps to take with this powerful tool.

Murmann proposed that if this kill-switch was a fundamental biological mechanism, then there must be people with an overactive system which would result in the loss of certain tissues. In turn, these people would also have a lower prevalence of cancer. Her search narrowed to trinucleotide repeat diseases, of which Huntington’s is one of many.

Huntington’s disease is caused by over-amplification of nucleotide repeat sequence CAG (cytosine-adenine-guanine) in the the gene huntingtin, causing the pathology. While normally, everyone has around 30 repeats of this sequence, those afflicted by Huntington’s could have hundreds. The overabundance of the sequence, which codes for the protein glutamine down the line, results in a toxic buildup in the cell. The longer the length of the repeat, the earlier the onset of the disease.

These CAG repeats in huntingtin can be folded and processed to form small siRNAs active in RNA interference, and resulting small CAGs (sCAGs) have been shown in the past to kill cells—you might call these assassin molecules.

“We developed natural nanoparticles that allow it to couple to siRNAs, and when the nanoparticles encounter a cancer cell, the cancer cells take up the nanoparticle without any further treatments…It just internalizes them, and release the cargo inside the cell,” says Peter. The team published results of their study Monday in the journal EMBO Reports.

In tests, the mice tumors regressed, and were still fully sensitive after treatment. Still, there’s more work to do.

“We just have to find a better way of formulating this for administering to the mice, and hopefully, to the people; but there’s a lot of technological components required to get better reagents to deliver siRNA to cells,” commented Peter. “Of course, all these steps need improvement, from the delivery to the stability, because we’re working on all these various aspects.”

Here’s How Much It Would Have Cost To Build An iPhone...

GizmoCrazed - February 11, 2014 0
In times we live in, constant price rise of devices is inevitable considering the new and more efficient technology built into them. Apple is...

Here’s Why USB Drives Are Sticking Out In Walls All Across...