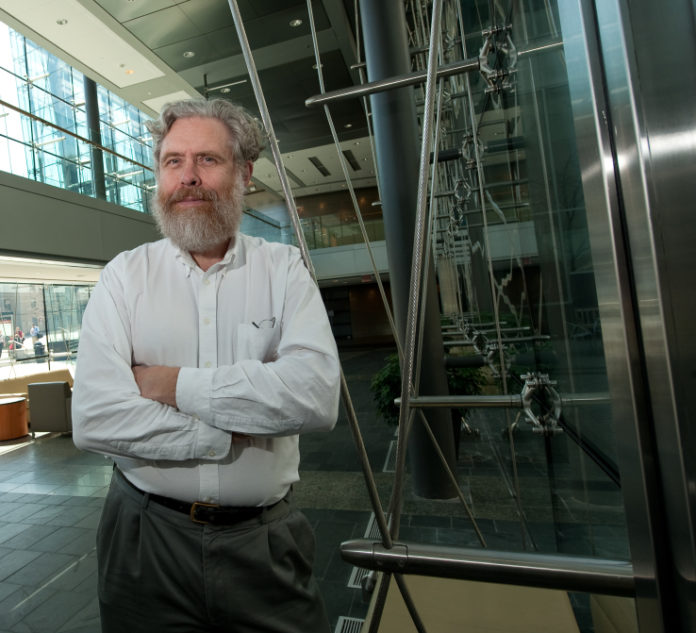 The blockchain is the buzziest thing on the internet these days and now MIT professor and godfather of the Human Genome Project George Church wants to put your genes on it.

His new startup Nebula Genomics plans to sequence your genome for less than $1,000 (the current going rate of whole genome sequencing) and then add your data to the blockchain through the purchase of a “Nebula Token.”

The idea sounds outlandish, but Church and his colleagues laid out in a recently released white paper that this will put the genomic power in the hands of the consumer, as opposed to companies like 23andMe and AncestryDNA, which own your genomic data after you take that spit tube test.

These companies sell that data in large swaths to pharmaceutical and research companies, often for millions of dollars. However, using the blockchain, consumers can choose to sell their own data directly.

Many people have yet to sequence their data, mostly due to cost or privacy concerns, but with the option to then sell that data to drug companies, possibly discover cures for rare diseases and make a buck while doing it could sweeten the incentive to sequence.

Those buying up tokens and sequencing their DNA through Nebula don’t have to sell it for money, of course, and Nebula says they can still discover insights about their own genetics through the company app without sharing it elsewhere, if they desire.

However, all bought and sold data will be recorded on the blockchain, which is a technology allowing for the recording of all transactions using a key code known only to the person who holds the information.

Will people go for this new proposition to buy a token, sequence their own data and then sell it directly? Nebula is too new to tell right now — it hasn’t even announced when or if it will hold a token sale. The tokens also might not accumulate in value like bitcoin or other cryptocurrencies, as they are only redeemable for an individual’s DNA data, which the company has said it will do in partnership with Veritas Genetics, a company Church also co-founded.

Sequencing costs are likely to drop in the future, so a Nebula Token could also drop in value as the price goes down. However, as Nebula co-founder Dennis Grishin told Stat News about the announcement, people “will probably be directly and indirectly buying tokens from individuals to resell them to data buyers” to try to make a profit.

Co-founder Kamal Obbad also noted that as sequencing costs drop, that will attract more buyers. Further, he said, the size of studies will grow, requiring more tokens for purchase.

“These factors will help maintain a high demand for Nebula Tokens,” Obbad told TechCrunch, adding that the supply of these tokens would be fixed.

A few other startups, like EncrypGen, Luna DNA and Zenome, have mentioned building platforms where individuals can sell their DNA data, as well, though none of them offer whole genome sequencing and folks would need to obtain their data from a third-party source first.

Those interested in buying tokens and selling their DNA through Nebula will also have to wait a bit. The platform is not open to do so at the moment. However, the company says it should be ready in the next few months.