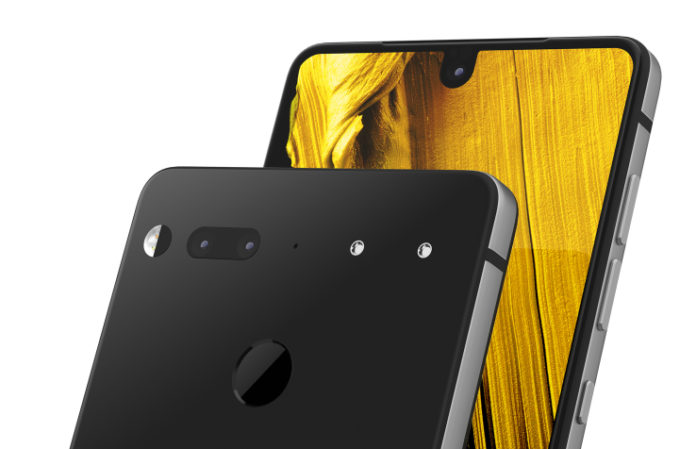 The Essential Phone is currently in the midst of being rolled out in a range of new colors, including three that will be released excessively on Essential’s own website, with a staged release schedule that began Thursday. On Friday, however, Essential revealed a surprise fourth new color, “Halo Gray,” which will be exclusive to Amazon and which is now available to pre-purchase.

Amazon is a partner to Essential both as a sales channel, and as an investor. The distribution partnership with Amazon has been particularly fruitful, among all its sales channels, according to Essential President Niccolo de Masi, so it made sense to do something unique for Amazon with the ‘Halo Gray’ colorway.

With the Halo Gray Essential Phone, customers get the dark, matte finish of the ‘Stellar Gray’ color it released itself, along with the natural titanium, silver look of the band on the current white Essential model. The combination should be a good one, I can say from having seen both the matte finish and the titanium bands separately on other versions of Essential’s device.

The phone will also be unique in another way: It’ll include the Alexa app in the app drawer right from setup (though it’s still user removable, too, unlike pre-loaded stuff on most other Android devices). Given the popularity of Echo devices, and the gadget–buying audience Amazon is probably reaching anyway, it’s very likely that Essential buyers will appreciate saving a step with Alexa ready to go out of the box.

Amazon has been a solid partner for Essential, de Masi says, especially given its relative youth. The Essential Phone was one of the top-selling unlocked phones for Amazon on Cyber Monday last year, for instance, and also been an avenue for bringing the unlocked device to other markets via international shipping options.

I asked De Masi about the recent IDC report that claims Essential sold just around 90,000 phones in its first six months of availability. Essential has always been upfront about the fact that it wouldn’t approach sales volumes of giants like Apple or Samsung in its first few years, but de Masi said he’s been pleasantly surprised by their performance, and called those estimates off-base relative to their actual sales volume thus far.

The Essential President also noted that Xiaomi’s first-year sales were in the same ballpark, so in general it’s happy with the company it’s keeping. De Masi also hinted about more to come, though he wouldn’t provide any specifics on any potential Essential Phone successors. New accessories are also in the pipeline, as are additional software improvements to build on the great work the company has done with the Essential Phone’s camera to date.

Like the other limited edition new colors from Essential, this Halo Gray version will be sold out once all the inventory is gone. De Masi acknowledged that Essential is taking cues from other limited release products in the lifestyle, including watches and sneakers, in pursuing this kind of strategy. Essential’s industrial design is unique and distinct enough that it seems like a good fit, but it’ll be interesting to see how it impacts overall sales numbers for the smartphone startup.

Facebook Beats All Other Apps On Android, Even The Ones Offered...

GizmoCrazed - December 13, 2011 0
According to a recent study by Nielsen, Facebook is now the  most popular app on Android in all age groups. Even the apps offered...

Drones, Volcanoes and the 'Computerization' of the Earth

The Peculiar Math That Could Underlie the Laws of Nature