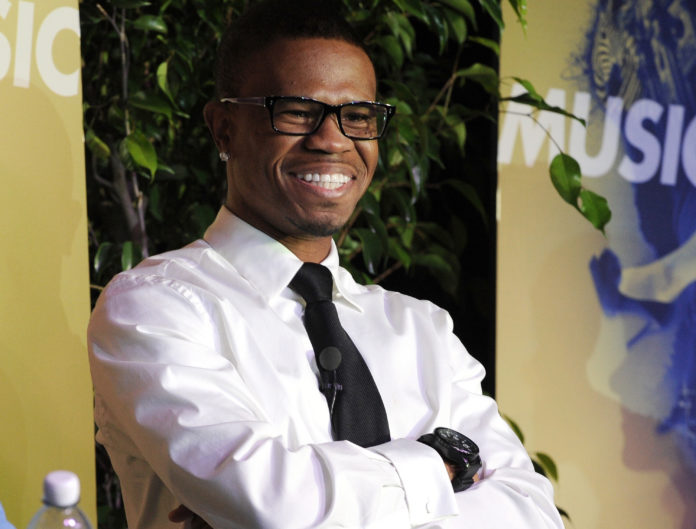 You probably know Chamillionaire from the song “Ridin,’” but did you know the Grammy Award winner is also a successful startup investor? He has had several favorable outcomes, including Cruise, which sold to General Motors and Maker Studios, which was bought by Disney.

Now he’s trying his hand at a startup of his own. If you’re a Chamillionaire superfan, you may already be familiar with Convoz. The team did a soft launch of the social media app last summer and now they’re ready to get the word out to the world.

Chamillionaire recently unveiled Convoz with the above presentation to an investor and entrepreneur crowd at the Upfront Summit in Los Angeles. They were wowed.  (Aspirational entrepreneurs should watch the clip if you’re wondering what nailing a pitch looks like. I’ve never seen a slideshow presentation that flowed so well. Bonus: Snoop makes a cameo.)

Chamillionaire tells me that the video-centric platform aims to be “the place where you go to talk to people.” He wants Convoz to be an app where people converse face-to-face with stars like Shaq or find new friends with common interests.

He was inspired to create an alternative to Twitter, which he feels is overwhelmed with trolls. “I just wasn’t happy with the communication channels that are currently existing on social media,” said Cham.

Convoz allows people to upload 15-second clips, often addressed to particular celebrities. They can then watch and choose which ones they want to respond to, sometimes broadcasting a message for all to see.

Should I give him a second chance, or should I have no mercy?

My initial reaction was that this seemed like a lot of effort for an in-demand individual, but Chamillionaire didn’t think that this would take much longer than scrolling through other social media.  He isn’t expecting everyone to get a response, but believes “there’s an opportunity to prioritize the people who really deserve it.”

He hopes that users will be less likely to bully or harass others when they show their face and aren’t hiding behind an anonymous digital persona. And unlike Twitter, where everyone can see people’s mentions, Convoz users are able to approve what’s being said about them publicly. It “gives the curator of the conversation some level of control.”

But Chamillionaire isn’t deterred and has put a lot of thought into his approach. He was an entrepreneur-in-resident at Upfront Ventures where he regularly sat in on startup pitches and learned firsthand about what worked and what didn’t. He also did this so that potential partners would know that he’s committed and is not just another celebrity with a side project with his name attached. Convoz is a clear priority.

Above all, the Houston native said that he wants to send the message to others from a similar upbringing that they have more options for a successful life than being a rap star or a basketball player. “I want to change the narrative.”