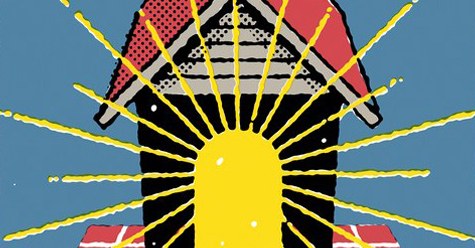 Rich Lee had armor implanted in his shins in 2016. Soft until struck, the polymer­foam tubes could withstand the full force of a baseball bat swing. The procedure seemed promising—until his stitches burst, prompting him to rip out the tubes. It hurt like hell, but it won’t stop him from his next trial. Lee is part of a loosely con­nected group of biohackers—garage geneticists, chemists, and grinders (those who modify their own bodies)—who are stretching the capabilities of DIY augmentation. When humans optimize into something out of a sci-fi flick, you can thank these reckless pioneers for blazing our enhanced future.

Artist Moon Ribas feels real-time earthquakes through foot-implanted sensors that receive seismic data via an app. She envisions a future of creative consciousness: “Imagine going to a bar, and instead of asking, ‘Where are you from?’ people ask, ‘What sense do you have?’ ”

As spokesperson of the DIY medicine collective Four Thieves Vinegar, Mixæl Laufer created cheaper versions of drugs like the EpiPen. Last year, he used off-the-shelf parts to build the Apothecary Microlab, a chemical reactor, and released instructions to concoct drugs at home.

Josiah Zayner recently achieved a breakthrough in open source genetics: a plasmid that lets tinkerers insert any organism’s gene into human cells. In October, Zayner claimed to edit his own DNA, using Crispr to modify a muscle-growth gene. No Hulk-esque side effects yet.

In 2013, Tim Cannon had a friend slice open his arm to implant a biometric sensor called the Circadia. It monitored his temperature, beaming the data to his tablet via Bluetooth. Now he’s developing a new model that will deliver metrics like pulse oximetry and blood glucose.

Neptune Is a Windy, Chilly, and Baffling Planet. Let's Go!