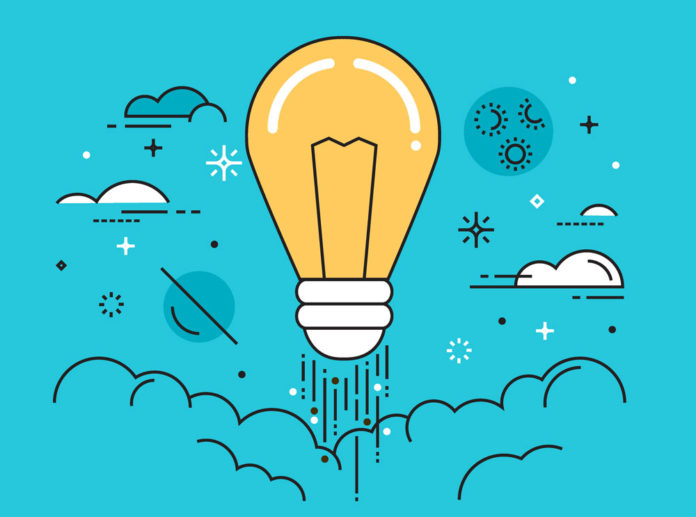 In 2011, Arkilic reached out to Steve Blank, a Stanford University professor who would soon be one of Silicon Valley’s most influential innovators.

“I’ve been reading your blog,” Arkilic told Blank. He had 10,000 scientists hoping to turn their research into tech startups. Blank’s mission, should he choose to accept it, would be to develop a program that ensure they succeeded. “Oh by the way, there’s no funding for you.”

Blank, had sharpened his business acumen as a serial entrepreneur, founding and fostering eight startups himself, four of which, (the last being the customer relations software company Epiphany, Inc.) eventually went public.

As an international entrepreneurship teacher, Blank had begun to notice the overwhelming failure rate of startups founded by scientists who were looking to turn public science into successful private startups. He tells me that startups were being encouraged to operate like a bigger business: Draw up a five-year plan, paste it on PowerPoint, raise money, and execute.

“The assumption was that the only problem we were gonna have is whether the office was big enough for the bag of money,” says Blank.

To force a major rethink, Blank and his “best” student, Eric Ries, developed Lean, a class that drops science entrepreneurs into the deep end of building a business. Students tracked down and spoke to a minimum of 10 to 15 potential investors, expert entrepreneurs and regulators weekly. Within 10 weeks, they were expected to have cultured a market, and have rapidly built several iterations of “minimum viable products” that would constantly be refined with customer feedback. Dropbox, AirBnB, TechCrunch and EtherPad are among the notable companies that credit the Lean methodology for their success.

Blank’s success captured Arkilic’s attention. And after a phone call, Arkilic began adapting Lean into an experimental program within the NSF: the I-Corps. It started with a $10 million budget, and functioned as a public-private partnership to increase the success rate of innovative startups. I-Corps found a champion in U.S. Rep. Dan Lipinksi, a member of the Science, Space, & Technology Committee, who brokered the program into a bipartisan initiative. Little did they know it would soon spread throughout much of the federal research infrastructure in just a few short years — and shape an overhaul in how the DOD communicates about issues faced by every military branch, designed to foster more innovative solutions.

I attended the launch of NSF’s Midwest I-Corps node in Chicago last year. Even before the customary pat-on-the-back speeches from principle organizers, teams of nervous academics were milling around and networking in a liquor-lubricated hustle with venture capitalists. As soon as researchers found out I was reporter, they raced through the technical details of their projects while VCs swirled their cups. Brewers yeast bred to improve biofuel production, lithium-ion batteries loaded with capacity-expanding carbon nanotubes, nipple reconstruction techniques that used cells from cadavers to form scaffolds for patients’ own growing cells, were among the ideas bandied about.

When the mingling was over, NSF program leaders called research teams to attention and grilled them on their latest product iterations and the number of potential customers they had cultured that day. Importantly, they asked them how they planned to do better tomorrow.

By then, unbeknownst to me, the NSF’s I-Corps budget had already tripled. After all, I-Corps itself had tripled the success rate of startups applying for the The Small Business Innovative Research (SBIR) and Small Business Technology Transfer (STTR) awards, which dwarf the funding that startups get from venture capital. I-Corps had produced innovative companies: STEMkids, for example, connects teachers to experts in fields of science their students are studying. Omegachea Biorenewables engineers bacteria to change biomass into an array of useful chemicals. In 2016, one company, Suprasensor, which developed real-time sensors to detect unsafe nitrogen spikes in water, was bought by Monsanto.

I-Corps has quietly expanded through a slew of other government agencies. The National Institutes of Health adopted it to fast-track therapeutic and diagnostics tech. Then the Department of Energy and Department of Health and Human Services signed on. In 2015, NSA Intelligence Community (IC) officials began piloting a version of I-Corps, which would lead to them educating the DOD on how to adapt it for the armed forces. In 2016, the White House mandated I-Corps across the whole federal research environment.

“For 30 years, we were giving out cars without drivers ed and wondering why the cars kept running down the road,” Blank says one official told him.

Now, the STTR and SBIR grants that had long mandated that research agencies’ spend 3 percent of their budget funding commercial development, was getting a more efficient workout.

Around the same time, Blank and Pete Newell, the former head of the Army’s Army Rapid Equipping Force, began implementing another program, Hacking 4 Defense. H4D brought problems the DOD faced to college students. In the fast-paced, aggressive, I-Corps-esque course, they had to get to the root of the problem they were tasked with solving, find a fix, outline how it would be deployed and funded.

“The problem someone swears they have is almost never the problem,” says Blank. In one course, students were tasked to find a fix to Navy Seals’ issues with managing carbon dioxide on dives. The Navy’s medical officials believed that the problem was that dives were running too long. As it turned out, the SEALS were getting lost due to faulty navigation tools. Within 10 weeks, students had built a prototype buoy with improved navigation tech.

Successes like these caught the attention of Joshua Marcuse, Director of the DOD’s Defense Innovation Board. When he learned that the IC was piloting the program, he reached out to Newell to help start an communication-centric I-Corps program designed to bring innovative thinkers from all levels of every military branch together to find a fix for issues on fast-forward.

Earlier this month, the DOD concluded its first week-long pilot of I-Corps. Only 40 students participated, and it’s still too early to see results. However, the pilot has been part of a larger overhaul in the DOD to improve innovation by building communication-fostering pipelines between H4D students, Silicon Valley, military officials, and innovators in places like The Office of Naval Research, Army Research Lab (ARL), and National Geospatial Intelligence Agency.

And given I-Corps’ successful proliferation throughout so many other agencies, there seems little reason to doubt the vision the NSF’s oddball innovation boot camp won’t take off here as well.