Will Your Baby Like Cilantro? These Genetic Tests Say They Can Tell 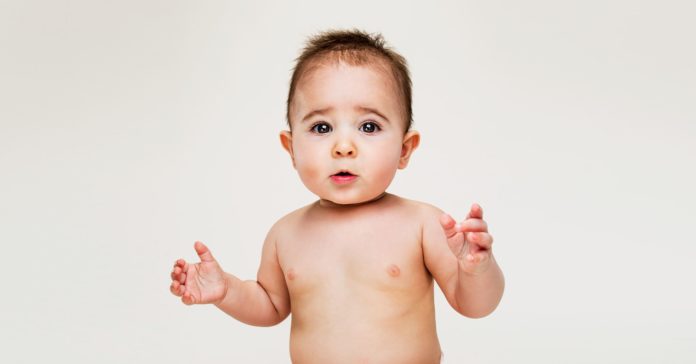 You have instant communication, on-demand entertainment, and dial-up transportation—why should you have to wait nine months to see what kind of baby you’re going to have? Now there’s an app for that.

In a modern-day reboot of Lindsay Bluth’s “Mommy What Will I Look Like” business venture, Denver-based startup HumanCode has introduced BabyGlimpse. It’s a $259 test that uses DNA from each member of a couple to predict how their future child might look and act—from skin, hair, and eye color to preferred kinds of snacks. (With a variant of the SLC2A2 gene your kiddo might have more glucose receptors than average, and therefore a sweet tooth, so goes the scientific reasoning.) Fun, right?

“We’ve coined it sunshine science,” HumanCode co-founder Jennifer Lescallet told the Balitmore Sun last month. “You get to look at the fun part of your potential future baby versus some of the scary stuff.” The scary stuff being more traditional carrier screen genetic tests, which tell couples if they have any disease-related genes they could potentially pass on to their offspring. These are either ordered by a doctor based on family history, or are now increasingly available to buy directly, after an online or phone consultation with a physician.

BabyGlimpse is one of the latest examples of a growing direct-to-consumer genetic testing industry aimed at new, expecting, and aspiring parents. Some, like BabyGlimpse, rely on a combination of each partner’s DNA. Others, like Orig3n’s Child Development test, collect spit or cheek swabs from the new kiddos themselves, and then work with labs to sequence, analyze, and interpret that genetic information. The companies behind these tests say they’re mostly for entertainment, and for educating folks about how genetics work. But doctors and public health officials have concerns that they might, in fact, do the opposite.

“At this point in time, in 2018, consumers should approach these tests with caution,” says Muin Khoury, the director of the Office of Public Health Genomics at the Centers for Disease Control and Prevention. His five-person team tries to help people understand how to use genomics appropriately to improve public health. They currently designate direct-to-consumer tests with a “tier 3” classification, meaning that “there is no evidence for clinical validity or utility of such applications in healthy individuals.”

Khoury says personal genomic testing isn’t harming anyone, but it’s also not conferring any real health benefits. “And we still don’t understand very well the unintended consequences of labeling people,” he says. “Once you think you know certain information, it’ll affect how you think about your baby for life.”

Some things, like knowing about lactose intolerance and peanut allergies from an early age, could certainly make for happier and healthier outcomes. But what about traits like math ability, noise pattern and music learning, and bone strength, which Orig3n claims to be able to tell you something about? The fallout could be subtle, but insidious. Maybe you discourage your kid from playing sports because Orig3n told you she was among the 30 percent of the population with weaker than average bones. Or you don’t give them a hard time about their sub-par math scores. Instead of telling them they can be whatever they want to be, you tell them they can be whatever they want to be, within genetic constraints.

The company gives you percentages, which is as much certainty as the science will allow, but the reality of genetics in the wild is more complicated still. Humans are born with two copies of every gene; one from each parent. The two different versions of each gene combine and interact to make a totally unique genome. Some traits, like eye color, are controlled by only a handful of genes. Others, like height, are likely influenced by thousands. HumanCode and Orig3n use machine learning models trained on a mix of publicly available genomes and proprietary data to come up with what’s called polygenic risk scores for each trait. Basically, a predicted likelihood that your kid will be taller than six feet, say, or be bad at math.

But the thing about these kinds of genes is that they’re not deterministic. (Unlike genetic diseases such as cystic fibrosis, which are clearly linked to changes in a single gene.) What you eat, where you live, what kind of an education you get—all of these things have as much, if not more, of an impact than your DNA. That’s not to say there isn’t strong evidence that certain genetic variants are associated with specific traits. But genes alone can’t predict how tall you’ll grow or how good you’ll be at long division.

Non-geneticists tend not to think too hard about these distinctions. “I think consumers are going to have to learn to differentiate between products that are scientifically rigorous and truly health-related and products that are the genetic equivalent of skin cream for wrinkles, and that’s a big lift,” says Robert Green, who studies direct-to-consumer genetic testing at Brigham and Women’s Hospital. “Genetics is novel and poorly understood and we haven’t yet immunized ourselves against these exaggerated claims. These companies are using our respect for the science of genetics to do an end-run around common sense.”

There may be a day in the future where common sense (and science) dictate that every infant get their genes sequenced upon birth. But until then, maybe save your money and get to know your baby the old-fashioned way, with time.