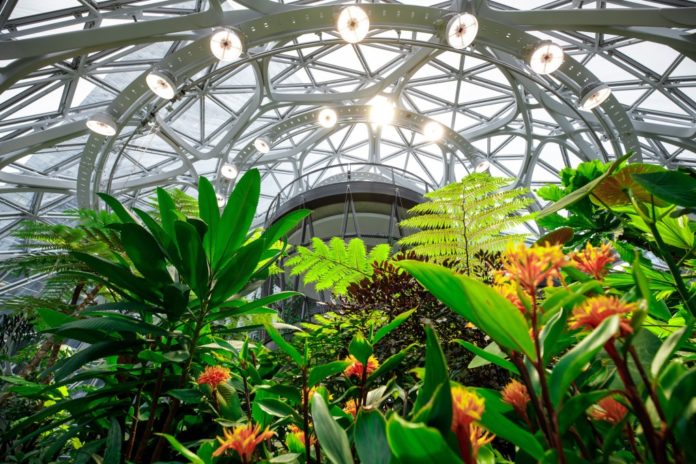 Amazon unveiled the newest addition to its Seattle campus today — three glass and concrete domes filled with a jungle’s worth of tropical plants. The Spheres, as they’re called, are meant to serve as a place for meetings and collaborative work. Communal spaces, many in the shape of nests, are scattered throughout the lush interior.

The $4 billion project is a chance for Amazon to flaunt its continued success and wow potential employees, but it could also function as a test of sorts. Green spaces, and plant life in general, have long been held to provide real benefits for city dwellers, both mentally and physically. By opening up what is essentially an indoor rainforest for its workers, Amazon is putting its money on the human tendency toward so-called biophilia — an innate desire to connect with nature.

Amazon in the Amazon

According to the many news outlets in attendance of the opening, there is indeed an abundance of nature inhabiting The Spheres. Some 40,000 plants, from 400 different species reside within, many sourced from cloud forests — delicate habitats found at high elevations that are watered by cloud condensation. A team of dedicated horticulturalists is on staff to maintain the greenery, and built-in humidifiers and misters keep the environment plant-friendly. The largest of the domes measures 90 feet tall and highlights include a “living wall” that stretches some four stories high, as well as rivers and waterfalls snaking throughout. 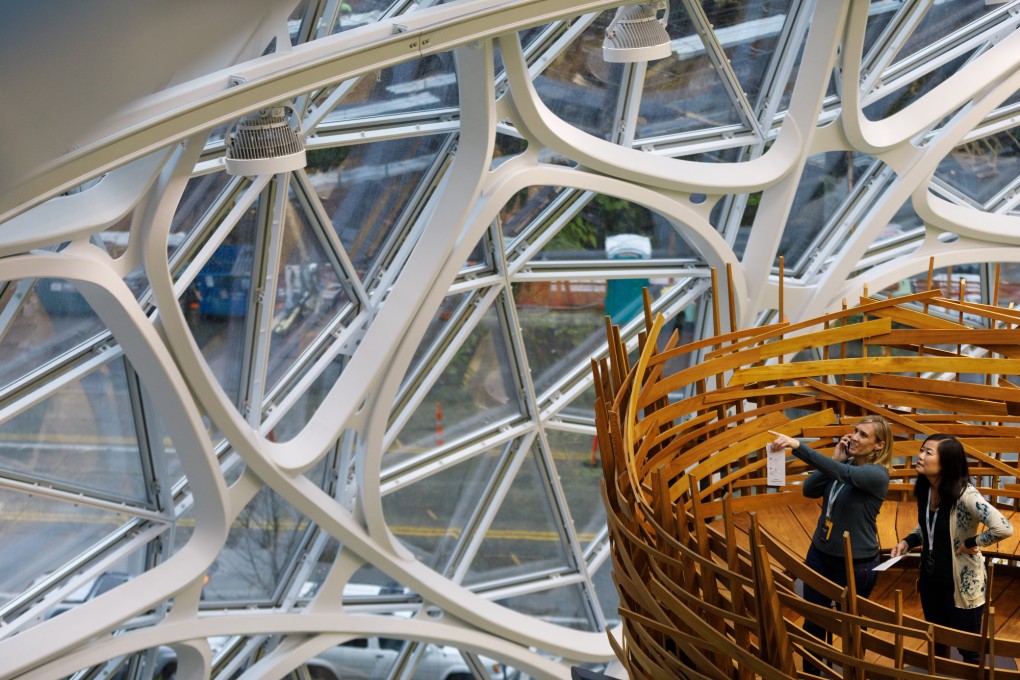 The Bird’s Nest, an informal meeting space among the trees. (Credit: Jordan Stead/Amazon)

The abundance of greenery isn’t just enviable — imagine working on presentations high in the canopy — it could also bring tangible rewards to workers, though the exact reasons why aren’t well understood. A steady drumbeat of studies over the years has indicated that humans feel more relaxed and productive when surrounded by plant life, as opposed to traditional office spaces, and the benefits even extend in some cases to pain relief and illness prevention.

One study, for example, asked office workers to rate their well-being and found that things like coughing, itching and fatigue were 23 percent better among those who had a few plants scattered around. Another study, of Taiwanese eighth this time, found that a classroom with a collection of potted plants at the back lowered incidences of sick leave and misbehavior and increased friendliness and comfort. Hospital patients whose rooms contained plants had lower blood pressures than those without, and experienced less pain and anxiety, according to a 2009 study. Other studies have found that overall levels of anxiety go down and attention spans go up when plants are introduced to an office setting.

Review studies, providing a comprehensive look at the research, also agree, though their praise is a little more muted. “The number of indoor plants proximal to a worker’s desk had small but statistically reliable associations with sick leave and productivity,” concluded one such study from 2007. Another found that the strongest evidence in favor of the healing power of plants comes from studies of pain management. One reason that evidence might be hard to come by is the possibility of placebo effects — it’s hard to conduct a truly double-blinded study, as the participants can obviously tell if they’re surrounded by plants or not. In addition, most of these studies were small, and usually only used a few plants to conduct the tests. 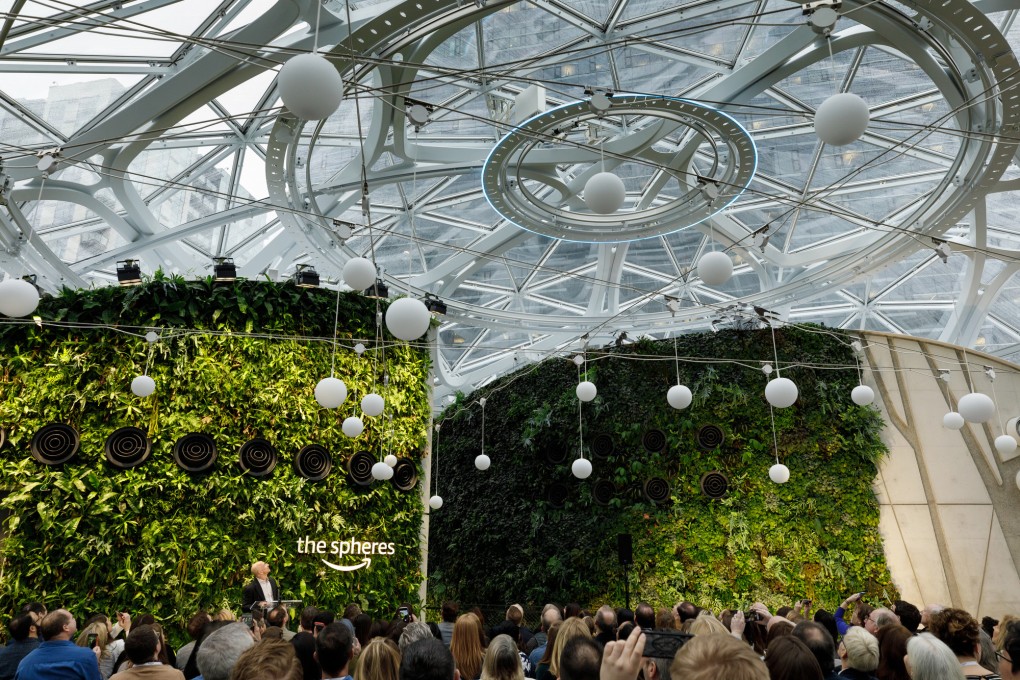 So, the best advice at the moment might be to go ahead and install a few succulents or ferns on your desk — you only stand to gain. Researchers aren’t really quite sure why plants seem to be a balm for our bodies, though the intuitive explanation is obvious. Offices, schools and hospitals are decidedly unnatural, evolutionarily speaking, and we just may not feel as comfortable there. Humans have been living around plants ever since our species emerged, they’re about as natural as can be, and adding them to our built environments could help offset some of the tension modernity brings.

Amazon, of course, is taking the concept to a whole different level. None of the studies conducted so far looked at the effects of working in an actual greenhouse, so perhaps the beneficial effects will be much greater. Or, on the other hand, plant life might begin to see diminishing returns past a certain point. In any case, not every Amazon employee is going to be able to benefit from nature’s restorative powers in Seattle. The Spheres can hold less than a thousand employees, and those wishing to work inside need to sign up beforehand — there’s apparently already a waiting list.