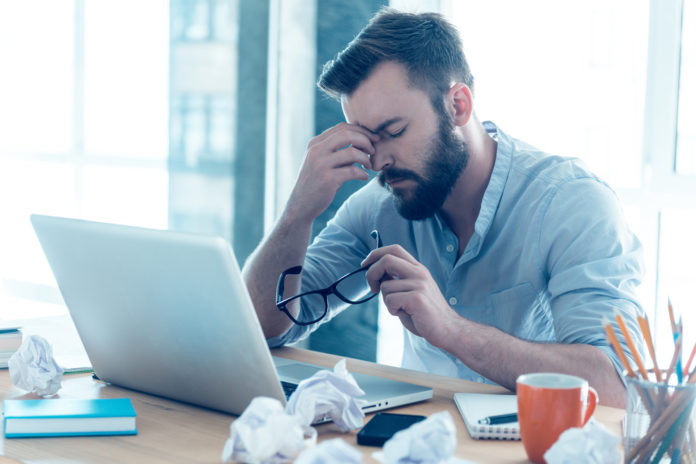 Lose some sleep over the weekend, and you’re likely to come into work Monday feeling a little off. Whether that’s zoning out in a meeting, missing typos in an email or something more dangerous like drifting off at the wheel, sleep deprivation blunts our cognitive abilities.

But it’s not a level playing field. Some people turn into zombies if they don’t get their eight hours, and others get by on just five or six hours a night. Experts have known about these variations for a long time and in recent years have begun to probe their genetic underpinnings. And now, new research suggests the effects of losing sleep not only hit some harder than others, they also affect different people in different ways.

Researchers from Washington State University had 49 volunteers take a computer-based test that asked them to identify patterns of letters and click a mouse accordingly. If they saw an A followed by an X, they left clicked; any other letters, and they right clicked. Before the test, 34 of the participants had gone 38 hours without sleep, while the others were normally rested to serve as controls. As you’d expect, the sleep-deprived participants weren’t as good at the task, but they eventually got it down just like the controls.

What tripped them up was when the researchers switched the rules. Midway through the test, they were told to now make left clicks when they saw a different sequence of letters than A-X. The rested participants changed mental gears with little difficulty; the sleep deprived people, not so much.

There was an exception to the rule, however. People with a certain mutation to a gene called DRD2, which is involved with information processing and cognitive flexibility, weren’t much affected by sleeplessness when their task was varied.

How Do You Feel?

The finding hints there’s more nuance to how sleep loss affects us than we thought. Most studies have focused on attention span, as experts believed it was the cognitive skill most affected by a lack of shuteye. And a prominent study in 2014 actually found a mutation that aided the attention spans of people going without sleep — specifically in a gene called DEC2.

The WSU researchers’ work, published last month in Nature Scientific Communications, focuses on another cognitive process entirely — our ability to adapt to a changing environment. The team even tested their volunteers’ attention spans and found that those with the DRD2 mutation weren’t any better off in terms of attention span.

That this new study has found an entirely different gene controlling a separate cognitive skill isn’t surprising, but it’s notable that the two traits don’t seem to be related at all.

The significance is that sleep deprivation seems to hit us all in different ways. The 2014 study did indicate that those with the beneficial DEC2 mutation recovered from sleep deficits more quickly than those without it, something that was not tested by the WSU researchers.

So, when faced with late nights and early mornings, some people might be better at paying attention, while others can switch tasks with greater ease. The unlucky ones may be worse at everything. For now, researchers must continue to pick apart the different ways that sleep deprivation affects people. Further insights could potentially yield new ways to deal with sleep deprivation, or help to identify those who might be best for jobs that require workers to go without sleep.

GizmoCrazed - January 27, 2017 0
The big big bang happened 13.7 billion years ago and created all that we know and see today. Space is an amazing place. One can...

This iPad Mini Case Adds Physical Keys To Your iPad Whenever...

Blok.Party raises $10M, will adapt Settlers of Catan to its blockchain...