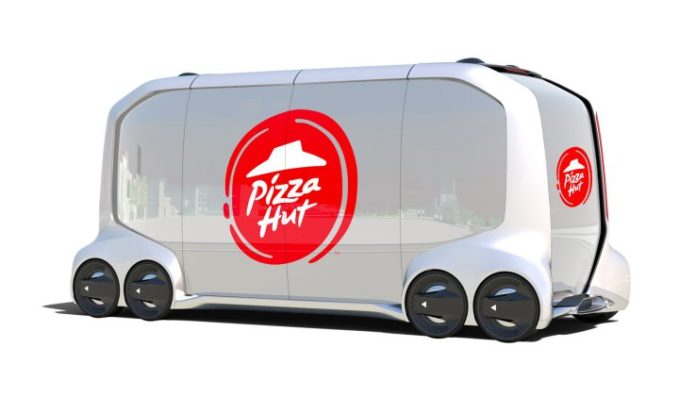 Toyota took advantage of CES 2018 to signal a major shift in its business, becoming what company president Akio Toyoda termed a “mobility service company” during his keynote presentation. Toyota seems poised to embrace mobility services as a core part of its overall business, rather than an offshoot or subsidiary concern, based on Toyoda’s comments and the vision of the future the company revealed when detailing how its new e-Palette dedicated mobility services vehicle and industry alliance will work.

The vision Toyoda laid out was a compelling once, center around its new e-Palette vehicle, which is basically a flexible blank slate on wheels with an electric motor and a fully modular interior design. The big reveal included simulated animation of the car operating in a variety of different capacities, including training multiple together in convoys of urban light-duty transport trucks, picking up as four passengers for shared transit, or just one for a mobile office, acting as a hotel and even delivering food, pizza and packages without anyone on board.

Videos of the concept cars rolling across neighborhoods with speed, efficiency and the ability to change purpose at virtually a moment’s notice, to fill a need from a different kind of client. It’s definitely an idealized projection of what’s to come, and things would e much more messy in practice, but it’s definitely something worth pursuing – and a smart strategy for an automaker to adopt in terms of figuring out what comes next, once autonomy and electric vehicle investments change the face of transportation. 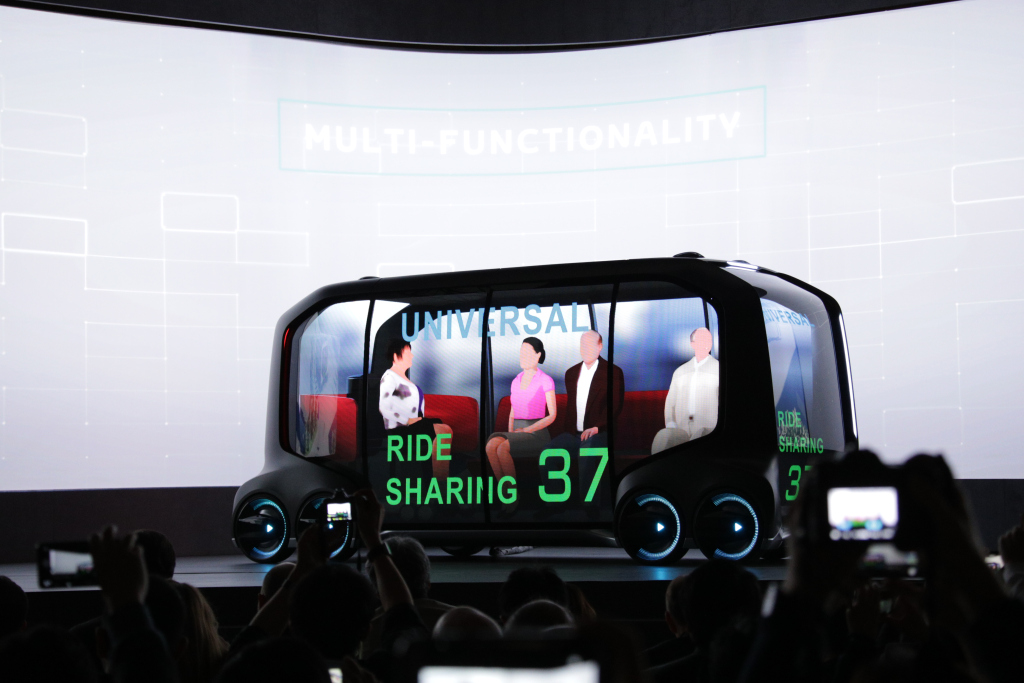 A lot of what we’ve seen from other automakers are perhaps better classified as side bets; case in point, Volkswagen’s chief executive expressed skepticism about the extent of the potential of mobility services on stage with Nvidia CEO Jensen Huang yesterday, despite the fact that VW has its own mobility sub-brand, Moia.

Toyota has also been criticized in past regarding some of what analysts saw as laggard behavior in areas including electric vehicles, as well as mobility business. The company launched its mobility services platform in earnest last year, however, and now it’s making it clear that going forward they’re going to be putting a lot of investment and focus behind taking the platform and turning into something with real commercial applicability and viability.

Toyota’s presentation of this vision, from something as basic as having Toyoda himself make the announcement, to the selection of its inaugural industry partners, which include Uber, Didi, Pizza Hut, Amazon and more, show a seriousness that should make the rest of the industry stand up and take note: Toyota’s moves here could lead to a significant market leadership position down the road, so long as it continues to invest in the area and is willing to do so with a long-term view of when its investment will result in significant return.