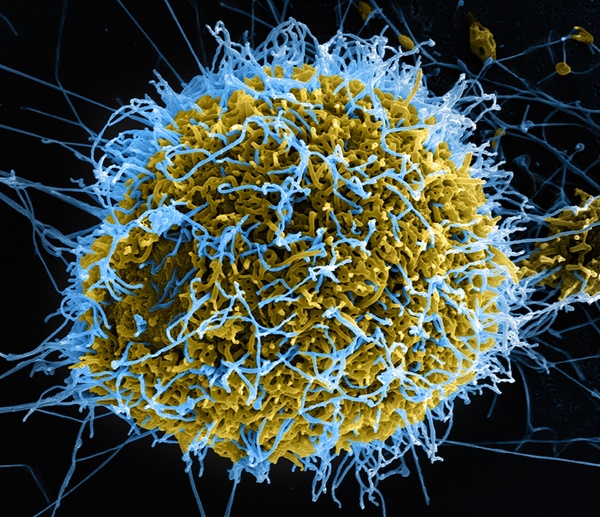 Despite the fact that viruses are extremely pervasive on Earth, few studies have attempted to search for them in space. But that may soon change. (Credit: NIAID)

Considering viruses are thought to be the most prevalent biological entities on Earth, you would expect that plenty of research has focused on finding them in space, right?

To date, almost no research has looked into the possibility of viruses “living” in space or on other worlds. But now, Portland State University biology professor Ken Stedman wants to kick-start the search.

According to an article published in the February 2018 issue of Astrobiology, Stedman and his colleagues argue that it’s time for astronomers to broaden their cosmic search for life by also combing space for viruses. “More than a century has passed since the discovery of the first viruses,” said Stedman, “entering the second century of virology, we can finally start focusing beyond our own planet.”

There are 10 to 100 times more viruses on Earth than there are of any other cellular organism, Stedman says. And this could also hold true for other planets and moons as well. Furthermore, many researchers suspect that viruses played a major role in the creation of life. According to a report from the American Academy of Microbiology, “Without viruses, life on Earth would be very different, or perhaps there would be no life at all.”

“With this paper,” Stedman said, “we hope to inspire integration of virus research into astrobiology and also point out pressing unanswered questions in astrovirology, particularly regarding the detection of virus biosignatures and whether viruses could be spread extraterrestrially.”

This article originally appeared in Astronomy.com.

Ferrari is planning an all-electric supercar

Google AI listens to 15 years of sea-bottom recordings for hidden...

How Overeating Changes Our Brains to Make It Harder to Diet