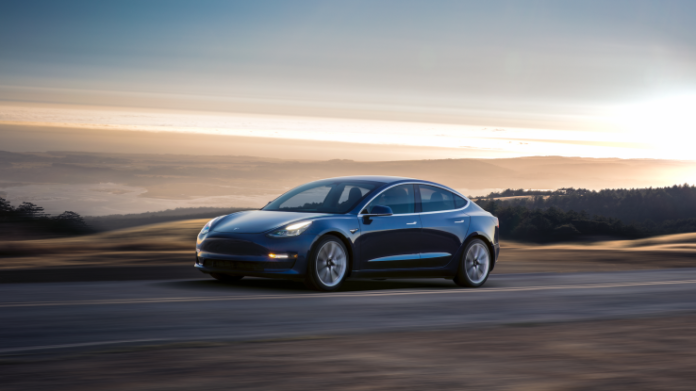 Tesla is bringing its newest production vehicle to its showrooms in some East Coast locations for the first time, so that potential (and many actual) customers will be able to check it out in person. The carmaker will have Model 3 demo units on display at showrooms in New York, Boston and Miami starting this week, CNBC reports.

The Model 3 will be on display in Manhattan’s Meatpacking district showroom and the Tesla location on Boston’s Boylston street, per CNBC, as well as in its Miami customer facility. The car, which starts at $35,000 without incentives, is also at Tesla’s LA and Palo Alto galleries, but it’s still not shipping at the rates that Tesla was hoping it would by this time.

The carmaker’s most recent shipment numbers show that it had made under 3,000 vehicles in total as of January 1, way behind its anticipated 5,000 per week target. It’s been improving the speed at which it can make the cars, however, and claims to expect to be able to churn out 2,500 per week by the end of the first quarter of 2018.

If Tesla can spare a car or two to put in showrooms around the country, that’s a good sign that it’s catching up on its production queue. Tesla CEO Elon Musk has said previously a few times that the company was essentially anti-advertising the car in the past, simply because it had so many pre-orders in the books already and no clear path to general inventory availability for buyers not in the queue.