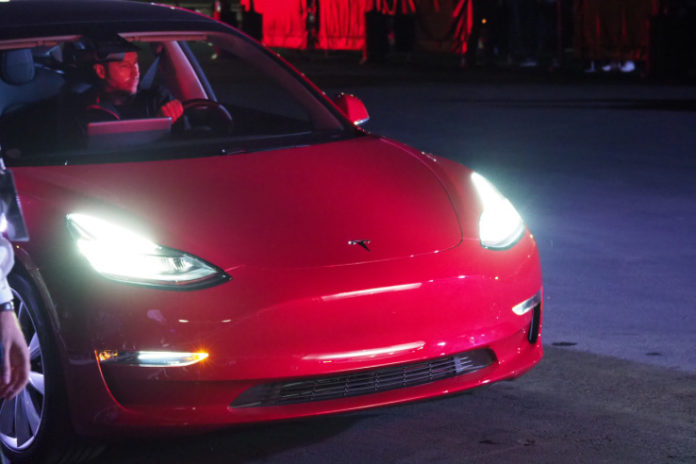 Tesla produced a lot more Model 3 cars during the last quarter of 2017 than it did during Q3: it produced 2,425 cars during the quarter, adding to its production total of 23,565 vehicles overall, including Model S and Model X vehicles. That’s a significant increase from the 260 it made in Q3 last year, but still off its expected pace (even after revising its targets downward).

The production total for Q4 comes via Tesla’s customary quarterly update, which precedes its earnings release. The company also revealed that it delivered a total of 29,870 cars during the most recent quarter, including 15,200 Model S, 13,120 Model X and 1,550 Model 3. It’s Tesla’s new best-ever all-time quarter for Model S and Model X deliveries, boosting the total deliveries 9 percent over its previous record (Q3 of last year).

Tesla says that it made progress addressing the bottlenecks that have been inhibiting the pace of production thus far, with production ramping so much during the end of the quarter that puts them on pace to be able to manage 1,000 vehicles per week in terms of output. By the end of Q1 2018, Tesla says it should be able to hit a rate of around 2,500 cars per week being produced, which will help it reach its 5,000 per week target hopefully by the end of Q2.

Initially, Tesla thought it would be able to meet a target production rate of around 1,500 vehicles for its first quarter in production, so it’s at least exceeded that during Q4. Tesla CEO Elon Musk has described the process of getting the Model 3 production queue online as “production hell” in prior statements.