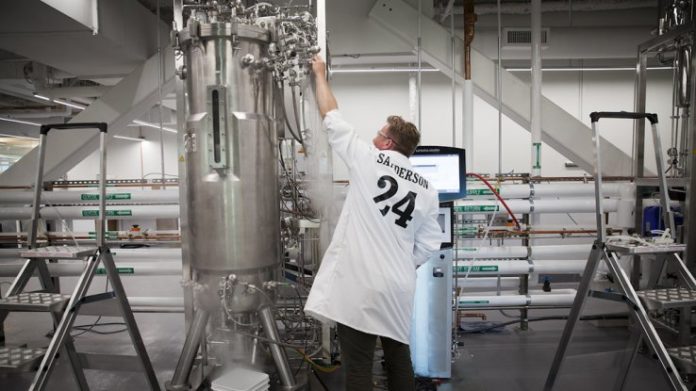 Bolt Threads, the startup making spider silk from microbugs, has raised a giant $123 million Series D round of funding. As we reported in November, an SEC filing showed the company had raised $106 million from Formation 8.

Bolt now tells TechCrunch it has added to that amount for this round, bringing up its total to $213 million raised so far.

The funding was led by Baillie Gifford, with additional participation from the aforementioned Formation 8, as well as Founders Fund, Fidelity Management, Research Company and Temasek. Allen & Company LLC advised on the transaction and participated in the round.

Note: though listed on Crunchbase as a participant and partner Steve Vassallo was listed on the SEC filing, Foundation Capital did not participate in this round.

Bolt Threads has made great strides since it launched in 2009 with an ambitious endeavor to make spider silk, a material stronger than Teflon but softer than a cloud — and more abundant.

Many have tried to do something similar in the past without success — but Bolt Threads has spun the impossible into gold with the debut of its first item of clothing, a $314 necktie, in early 2017.

The company has since partnered with the likes of Patagonia and Stella McCartney and acquired the Best Made Company, an online site providing makers with craftsman tools and products.

Bolt will use the Series D funding to continue the development and commercialization of its
materials made from microorganisms.

“The past year has been a major step forward for us at Bolt Threads,” co-founder and
CEO Dan Widmaier said. “After years of research and development, we’re proud to be the first to bring man-made spider silk to market, but we know this just scratches the surface of what’s possible in materials innovation. With this capital, we will continue to refine our processes, and we look forward to a number of exciting brand partnerships and products slated for 2018.”

However, the company did not elaborate on what those “exciting” partnerships and products would be.