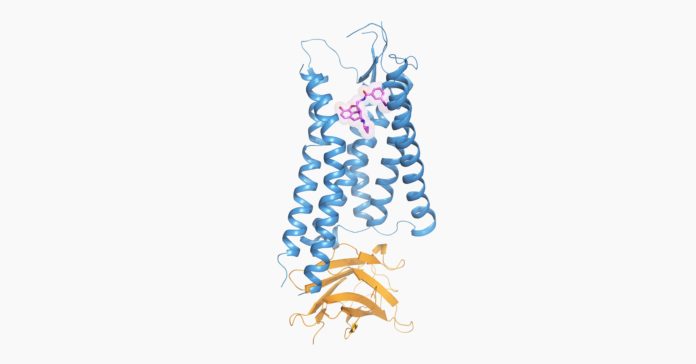 When it comes to tackling the opioid crisis, public health workers start with the drugs: fentanyl, morphine, heroin. But biochemists have a different focus: Not the opioids, but opioid receptors—the proteins the drugs latch onto within the body.

These receptors embed themselves in the walls of cells throughout the brain and peripheral nervous system. There, they serve as cellular gatekeepers, unlocking not just the painkilling properties for which opioids are prized, but the severe, addictive, and often lethal side effects that, in 2016, contributed to the deaths of more than 50,000 people in the US.

But it doesn’t have to be that way. “The idea in the field for many years has been to make an opioid that provides beneficial analgesic properties without the harmful side effects,” says pharmacologist Bryan Roth, a physician researcher at University of North Carolina School of Medicine. Design a drug that kills pain, not people.

To build that drug, though, researchers need to know the shape of its receptor. This week in the journal Cell, Roth and nearly two dozen of his colleagues report for the first time the structure of the kappa opioid receptor while it’s bound to a drug molecule, a discovery that could accelerate the discovery of less-addictive—and less deadly—opioids.

But let’s back up a second, because that last paragraph probably gave some of you pause: Researchers want to address the opioid crisis … with more opioids?

It’s not as crazy as it sounds.

Scientists have identified four opioid receptors, which they’ve named mu, delta, kappa, and nociceptin. But drugs like fentanyl, heroin, morphine, and oxycodone are particularly fond of the mu opioid receptor. Which is a problem. Because while the mu receptor facilitates these drugs’ analgesic properties, it’s also responsible for their addictive and deadly side effects.

The kappa opioid receptor doesn’t appear to have that issue. Like mu, kappa can mediate pain relief. But its side effects (namely hallucinations and dysphoria, the medical term for a general state of unease) are non-lethal. Plus, a growing body of evidence suggests that the right drug acting at the kappa receptor could trigger signaling pathways relevant to therapy, without activating those associated with sketchy side effects.

Researchers call this selective activation “biased signaling,” and it hinges on the receptor’s structure. When a molecule docks with the kappa opioid receptor, it activates the protein by changing its shape. That contortion kicks off a network of signals inside the cell. Roth and other experts in the field think one of those shapes triggers a signaling pathway (call it pathway A) associated with analgesic effects; and that a different shape triggers another pathway (pathway B) associated with things like hallucination.

“The problem has been that we don’t have any drugs that are super selective for either pathway,” Roth says. And designing such a drug without knowing the shape of the active receptor is like designing a key for a lock you can’t see.

What Roth and his colleagues describe in the latest issue of Cell is the structure they believe is associated with pathway A. Solving that structure required a huge amount of molecular engineering. Historically, scientists have solved the chemical structure of proteins with a technique called X-ray crystallography: Pack the protein into a crystal lattice; blast the lattice with a high-energy X-ray beam; then decipher the protein’s structure based on how the beam diffracts.

This is how researchers solved the structure of the inactive kappa opioid receptor in 2012. But the structure of an active kappa receptor, which is far less stable, and therefore difficult to crystallize, remained elusive until now. To keep the kappa opioid receptor steady, Roth and his colleagues had to get creative: A synthetic morphine-like molecule and a small, single-chain antibody helped them prop the protein open in its active state, like poles inside a tent.

“It’s a monumental amount of work to get one of these things stabilized in the active state,” Roth says. “There’s a certain amount of luck to it.” Even with their molecular tent pole technique, most of the proteins Roth’s team crystallized didn’t diffract. The ones that did—21, out of several hundred—were used to produce the structure that appears in Cell.

Experts unaffiliated with the study predict it will be a boon to the field. “There’s probably 100 labs worldwide working on the kappa receptor, not including pharmaceutical companies—it’s a big area of research,” says Washington University neuroscientist Michael Bruchas, who’s been studying kappa for more than a decade. Their areas of focus range from the development of painkillers to new antidepressants. Bruchas says the chemists and pharmacologists in those labs will be the first to run with this new structure, which is available online; a lot of them have probably downloaded it already.

The active structure will give their computer models—which they’ll use to simulate and optimize the pairing of hundreds of millions of compounds with the kappa receptor’s binding site—more power. “It’s not unlike a model of the climate: The more information and data points we have, the stronger the model becomes, and this structure really will accelerate that,” Bruchas says.

These virtual simulations will happen quickly, but the real test will come in a few years, when physiologists study the best molecules from large-scale screenings in cell cultures and animal models, in search of a candidate for human trials. The bottom line is: Researchers still don’t know whether biased opioids will be any safer or more effective than the current crop. But with opioids killing tens of thousands of people a year, the search for a safe alternative has never been more urgent.