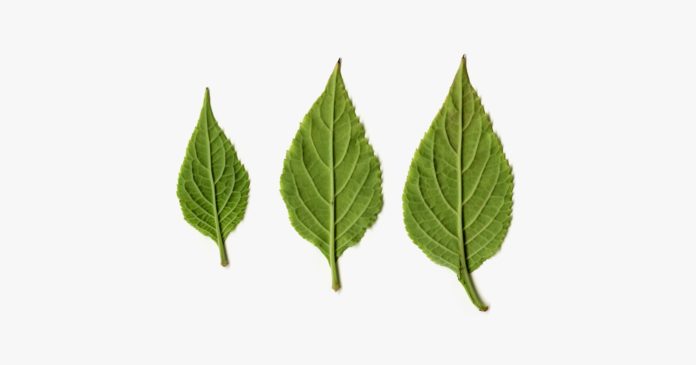 “The whole field is built upon the idea that structure is sacrosanct,” Shenvi says. “You don’t change it, it’s like original sin.” Not only did Shenvi show off his synthesis, but he urged the field to question the holy doctrine of one-for-one reproduction.

Nervous, Shenvi finished his talk and opened up for Q&A, expecting punishment for his sins. But punishment did not come. “I wanted to get a cup of coffee in, but I couldn’t,” he says. “The questions ran into the next talk. People at least were interested in it, and I wasn’t being shouted down, so I saw that as a positive sign.”

Shenvi then bounced from one Synthetic Organic Chemistry Heresy to another. Realizing he’d presented unpublished findings to a room full of chemists—who might not steal his ideas, exactly, but at least take inspiration from them—he decided he needed to publish, and quick. Science is about precedence, after all.

But scientific publishing is not quick. Getting a paper published is a slow, methodical process that takes months, a year maybe. So a colleague at the Scripps Research Institute suggested something called ChemRxiv (pronounced “chem archive”), a new so-called preprint server where chemists upload papers before submitting to traditional journals. There’s no peer review involved, so you can publish science much quicker.

Two weeks after his talk, Shenvi uploaded. “I must get the same high that Trump gets when he tweets something,” he says. “It’s a thrill.” Less than 24 hours later, the paper appeared online.

Physicists have been using the arXiv preprint server for a while, and biologists have bioRxiv (do you detect naming convention?), but synthetic organic chemists are new to this process. And here comes Shenvi and his sacrilegious ideas about molecular structure, bypassing a traditional journal, at least initially, for a non-peer-reviewed archive that anyone can access.

Which has implications for perhaps one day taming salvinorin to create pain therapies, and for how chemists do and publish their science. The times in synthetic organic chemistry, they are a-changin’.

If a Drug Requires a Chaperone…

Salvia is a hallucinogen like no other. While the trip is brief, typically no more than a half hour, the ride is singularly intense. Like, realizing you don’t have a body kind of intense. While LSD may induce euphoria, salvia tends toward dysphoria, which isn’t fun. People who use salvia are actually recommended to employ a sitter—a friend who sits there and makes sure they don’t do anything … unconventional.

Salvia is a hallucinogen like no other in part because it works like no other. Other psychedelics fit into a range of opioid receptors, which come in flavors like mu and delta, all slightly different shapes. Salvia overwhelmingly prefers the kappa opioid receptor. That makes it a potential non-addictive alternative to opiates—especially if chemists can modify it to get rid of the dysphoria. But it hasn’t been easy to capitalize on salvia’s specificity, because its active ingredient, salvinorin A, is a complicated molecule that’s difficult for chemists to efficiently synthesize.

Chemists synthesize many, many molecules in the lab. Menthol, for instance, is found naturally in mint but synthetically produced on a very large scale for all our toothpastes and gum. But what Shenvi did was fundamentally different—he didn’t just reproduce a molecule.

“We didn’t make salvinorin A,” says Shenvi. “We made it better.”

Synthesizing a molecule is a grind. A chemist will begin by by mixing chemical A with chemical B to get compound C. And a bunch of other stuff besides. “There’s usually a lot of other byproducts in there, it’s a mess,” says chemist Dirk Trauner, who was not involved in the paper. “And out of this mess you have to purify the one compound you have been aiming for.”

Take the right steps in the right order and you end up with, say, menthol without the mint plant. The goal of synthetic chemistry, then, is to create a certain molecule in as few steps as possible. It’s all about efficiency.

But salvinorin A is chemically unstable, and it doesn’t survive very long in the human body. So if chemists are going to make it medically useful, they can’t just copy it in the lab. “People get caught up on, Well, you didn’t actually make the naturally occurring compound,” says Shenvi. One colleague actually told him as much.

So how is this synthesis better, exactly? Think of the salvinorin molecule like a mattress with two umbrellas (representing groups of carbon atoms) sticking out of it. When that mattress bends, the umbrellas smack against each other, straining the structure. In their synthetic process, Shenvi and his colleagues got rid of one of the umbrellas, significantly stabilizing the molecule.

So Shenvi and his team pulled off a weird synthesis of a weird molecule. Then to establish precedent, they upped the weirdness by uploading to ChemRxiv, where the chemistry community went bananas over it. As of this story’s publication, the paper has the most views on the site, 8,600—almost twice as many as the second-most read.

Then, a wrinkle. Two weeks after he uploaded his paper, another team working with salvinorin A submitted their own related paper, another synthesis, to the journal Organic Letters. (Shenvi’s didn’t officially publish in a traditional journal, the open access ACS Central Science, until December 13.) “They submitted it after ours, it was published before ours,” says Shenvi. But the paper didn’t cite the preprint.

“Now, I don’t know if it was right or wrong,” he says. “I don’t think it was against the rules, the rules are still being written.” (Repeated requests for comment to the corresponding author of the paper were not returned.)

This sort of thing, though, isn’t unique to preprint. “That can happen without a preprint server,” says Paul Weiss, editor in chief of the American Chemical Society’s journal Nano. “We get angry authors writing to us all the time saying so and so didn’t cite my paper.”

“This particular case is presenting an interesting conundrum for the community right now,” says Donna Blackmond, Shenvi’s Scripps Research Institute colleague who suggested he go preprint. “We’re still struggling with the use of these preprint servers.”

It’s a debate that has played out in other fields over the last few years. With traditional journals, the lengthy peer review process makes for a lot of waiting around. Preprint puts speed over that safeguard; chemRxiv vets uploaded studies for potential ethical problems, but it’s not rigorously edited or peer reviewed. Which makes some scientists uncomfortable.

That and traditional journals like exclusivity—a paper might not drop with a bang if it’s been available publicly on a preprint server for a month. The Journal of the American Chemical Society, for instance, says it won’t accept papers that have already appeared in preprint. Really, though, preprint isn’t meant to be a replacement for traditional journals. It’s a tool for scientists to get their findings out quick while they work to get themselves into a big-name journal.

There’s precedent here from Weiss’ journal Nano because it deals in physics as well as chemistry, so it’s accustomed to arXiv, which has been around for 25 years now. “I think because we already had that experience of working in fields where arXiv was alive and thriving,” Weiss says, “maybe it’s been easier for us to digest than some other journals in the field that have this tradition of, You know, we’re going to see it first or we’re not going to publish it.”

Preprint has already transformed scientific publishing; now chemistry preprint has a helluva trip ahead of it.