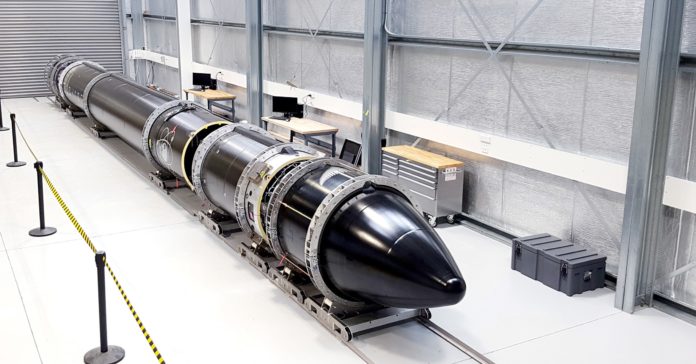 The launch company Rocket Lab has amusing names for its missions. The first, in May, was called “It’s a Test” (it was). When the staff debated what to call the second launch of their diminutive Electron rocket, so sized (and priced) specifically to carry small satellites to space, they said, “Well, we’re still testing, aren’t we?”

They were. And so “Still Testing” became the name of Rocket Lab’s second launch, which took place on January 20, at around 8:45 pm Eastern Standard Time. In December, the company canceled multiple attempts before rescheduling the launch window for 2018. The livestreamed rocket lifted off from the Mahia Peninsula in New Zealand, headed for someplace with an even better view.

Despite the uncertainty surrounding the launch (or any test launch, for that matter), the rocket was carrying real payloads for real customers: three small satellites, one for a company that images Earth and two for one that monitors weather and ship traffic. But why on Earth would a satellite company choose a rocket-in-progress when there are so many reliable launchers out there? After all, even established rockets blow up sometimes.

The short answer is that smallsats—which the Electron was built to transport, exclusively—are by nature expendable. Smallsat makers like Planet and Spire, the two clients on this mission, have ever-growing, genetically similar populations of orbiters. So losing one or two in a less-than-successful test flight? Probably worth the risk. Smallsat companies are willing to put their hardware on this particular liftoff line because the Electron is poised to be the first commercially bookable rocket built specifically for small payloads, which typically have to piggyback on big, expensive rockets with big, expensive payloads that don’t launch often enough and aren’t always headed to their orbit of choice. In the next decade, 3,483 small satellites (between 1 and 100 kilograms) will go to space, generating just over $2 billion of launch revenue, according to the Small Satellite Markets, 4th edition report, which research and consulting firm Northern Sky Research released last month. In this future world where thousands more smallsats provide environmental, economic, and even political intelligence, as well as Earth-covering internet, the test-steps necessary to get on up to space quickly, cheaply, and precisely seem worth the risk not just to Planet and Spire but, perhaps, to you and me.

But boy, was there risk. While Rocket Lab’s first Electron didn’t explode and did reach space—and so gets at least an A- for its first attempt—“It’s a Test” didn’t quite get to orbit. After an investigation, Rocket Lab determined that, four minutes post-blastoff, ground equipment (provided by a third party) temporarily stopped talking to the rocket. When communication breaks down, Official Procedures demand that safety officials stop the flight. And so they did..

But the rocket itself, according to the same investigation, was sound—so the company moved on to a test delivery. “It’s really the next logical step,” says Peter Beck, Rocket Lab’s founder.

Beck seems uncannily logical about the risks his young company is taking. When asked about his feelings about launching actual stuff on “Still Testing,” he replied that doing so certainly involved extra actual tasks. “I’m not sure if you can become extra nervous or extra excited,” he said. That sentiment fits with the launches’ pragmatic names. And those fit with New Zealanders’ general pragmatic streak, says Beck (he cites some of the country’s names for flowing water: “River One,” “River Two,” “River Three”).

For their part, Planet and Spire are here for that no-nonsense-ness. Planet already has around 200 satellites in orbit, so adding one to its flock of so-called “Doves” would be good but not critical. Besides, says Mike Safyan, Planet’s director of launch, “we picked one we wouldn’t miss too much”: a sat named Pioneer. It’s a double meaning, says Safyan. First, it’s an homage to NASA’s old missions, on whose shoulders they stand.

This is what the forefront looks like, by the way: You can book space on an Electron rocket online—just click the size of your smallsat!—the same basic way you’d book a bunk on Airbnb.

Spire, too, is into it. Jenny Barna met Peter Beck before she had her current job, as the director of launch at Spire, whose satellites aim to keep track of aeronautical and nautical-nautical traffic, as well as weather. Back in her days at SSL, which makes spacecraft and communications systems, a coworker invited her to a presentation Beck was giving on-site. She listened to Beck describe Rocket Lab’s technology, and his vision for a vehicle that provided frequent, affordable launches just for little guys—in an industry that caters to huge sats, and makes smallsats second-class passengers—and she was intrigued. “I remember sitting there thinking how lucky I am to be working at this industry at this time,” she says. And after she moved to Spire, she led the company to sign on as one of Rocket Lab’s first customers. It’s currently contracted for up to 12 launches.

That’s a lot! But Spire has to launch a lot. The company wants access to space every month, so they can produce their satellites in small batches, send them up, iterate, and launch the next generation. So far, Spire has launched 40 satellites. They’ve done it on the rockets of Russia (Soyuz and Dnepr), Japan (H-IIB), and India (PSLV), and the rockets of the US’s Orbital (Antares) and ULA (Atlas V). And now, they’ll ride with Rocket Lab, picking on a rocket of their own satellites’ size.

But that doesn’t mean they’ll ever only use Rocket Lab. Or Orbital. Or ULA. They plan to keep their eggs distributed—partly because even when it’s not just a test, rockets still blow up, the eggs breaking along with them. “It’s just part of the industry,” says Barna.

When Barna spoke of “Still Testing” a few days before the initial launch window, she was straight-up about the possibility that this particular rocket wouldn’t carry the eggs safely to space. “We know that a million things have to go perfectly for this to be successful,” she said. “We hope they make history.”

They did, and deployed the three-satellite payload into orbit. And pending analysis of this seemingly successful test, Rocket Lab will skip its planned third test and jump straight into official operations, in early 2018. “We’ve got a lot of customers that need to get on orbit,” says Beck.

Suggestion for the third flight’s name: “This Is Not a Test.”