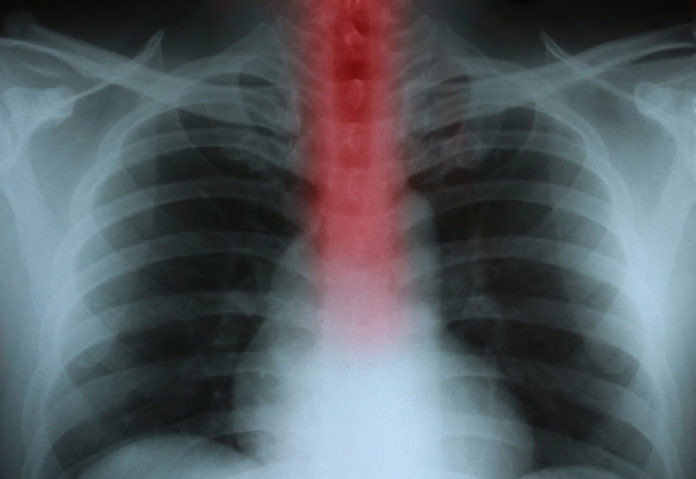 Robots are finding new ways to get under our skin, and that’s a good thing.

Lab-grown organs are carving their place in medicine, as scientists can today grow miniature brains, kidneys and more in the lab to conduct research or even treat patients. In fact, in 2011, doctors successfully transplanted the first lab-grown organ—a trachea— into a cancer patient who needed theirs removed. But growing custom organs from a patient’s stem cells is neither cheap nor simple, and it may not be the ideal solution in all cases. It sounds straight out of science-fiction, but robotic surgeons, toiling away while embedded in the body, could offer an alternative means to regenerate tissues rather than growing them from scratch.

Recently, an international team of researchers brought the future of in vivo robotic surgeons closer to the present day. In a study published Wednesday in Science Robotics, scientists and engineers built a robotic implant that could someday offer a viable solution to a rare, but potentially fatal, birth defect.

Long-gap esophageal atresia (LEA) is a rare birth defect that affects roughly 1 in 4,000 babies born in the United States. These children enter the world without a complete esophagus, and they need to be fed through a tube until their condition is remedied. In most cases, children undergo a treatment called the Foker process. A surgeon ties sutures to the upper and lower disconnected segments of the esophagus, keeping the knots outside of the body. Over the span of a few weeks, the surgeon increases the tension on the sutures, slowly stretching the esophagus segments. Over time, the esophagus segments grow and they are then attached. While the esophagus grows, children are sedated and placed on a ventilator to ensure they remain motionless.

Researchers believe they can simplify this process with a tiny robot housed in the human body, attached to the organ it is stretching. This robotic assistant would be sown to the esophagus and do the job of the surgeon—steadily providing tension to grow tissue.

To test their device, researchers designed an experimental procedure that was tested in pigs. The researchers left the esophagus intact and just lengthened it to simplify the procedure—they just wanted to see if it could work safely. Indeed, the organ lengthened—new tissues and cells grew— but didn’t stretch, which is exactly what researchers were looking for. This is significant, noted Dr. Pierre Dupont of Boston Children’s Hospital and an author on the study, because previous methods for repairing tubular organs couldn’t coax cells to proliferate and generate new tissue.

What’s more, the pigs remained awake, mobile and even gained a few pounds while the robot assistants did their job. Researchers believe their device, if it’s used in humans, could allow children to remain awake during an organ lengthening treatment. Dupont says their robotic device was designed with “intelligence and adaptability” and automatically applies force only when it’s safe. When the pigs were eating, for example, the robot would take a break; it would jump into action when the pigs rested. That removes the delicate manual labor involved with adjusting the position of the organ and sutures inside the patient.

While the method has been demonstrated successfully in the pig esophagus the team is now moving on to the guts to test their robots’ ability to treat short bowel syndrome.

“Bowel growth is a big market,” says Dupont. He and his fellow researchers have targeted this area of medicine because the expenses for the procedure are high. “The bowel is a more multifunctional and complex organ,” said Dupont. Therefore, more factors need to be taken into consideration when growing the new tissue.