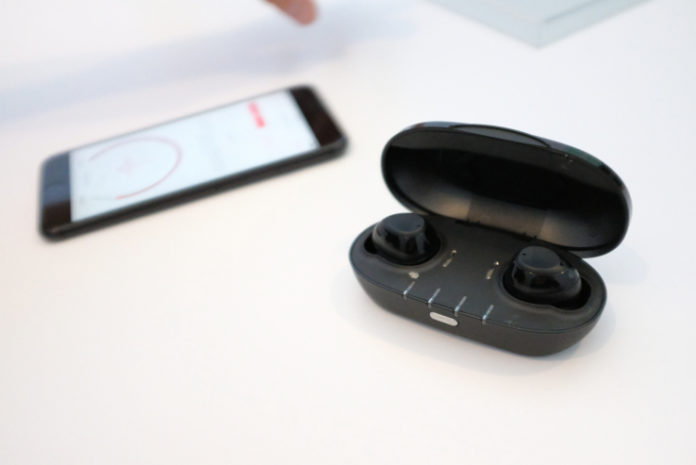 Nuheara’s new IQBuds Boost headphones exist in a a strange sort of in-between spot. Like the rest of the company’s line, they’re clearly one of countless devices looking to compete in the crowded world of bluetooth earbuds.

Like the standard IQBuds before them, however, they’re also designed to boost hearing. But the Boosts are an attempt to be even more, offering custom “EarID” hearing profiles by way of a hearing test in the app. The combination of technologies puts the earbuds at a likely cost prohibitive $500.

The startup sees the hardware as something of an entry-level hearing aid. They’re not for people whose hearing loss is so profound that they require a doctor approved device. Instead, they’re targeted at focus who just can’t hear voices in a noise space like they used to. Nuheara is hoping the stigma many wearers have against hearing aids will draw folks to their product, though the devices are far more pronounced that modern medical aids.

People will almost certainly see them in your ears as they talk to you, so you’ll likely find yourself explaining why you haven’t pulled the earbud out of ear during the conversation. Granted, societal mores have shifted a keeping that earbud in place might not be considered quite as rude as it once was by some.

Like the standard IQBuds before them, I’m impressed with what Nuheara’s been able to do here when it comes to amplifying voices. I tried out the new pair in the bustling TechCrunch CES booth and was pretty impressed again. Fiddling with a voice slider helps fade out background noise quite a bit, though it does leave a somewhat dampening effect on the voices themselves.

Adding custom hearing profiles will no doubt only improve the effect. And the company’s app-based testing experience is quite comprehensive. It took me around five minutes to complete, prompting me to tap a button each time I heard a tone, much like standard IRL hearing test.

The company was quick to note that, as someone with decent hearing, I’m not really the target demographic here. Fair enough. Perhaps those who are in that middle-ground between good hearing and requiring a hearing aid will jump at the opportunity to hear conversations better — assuming they’re willing to shell out $500 to try it.