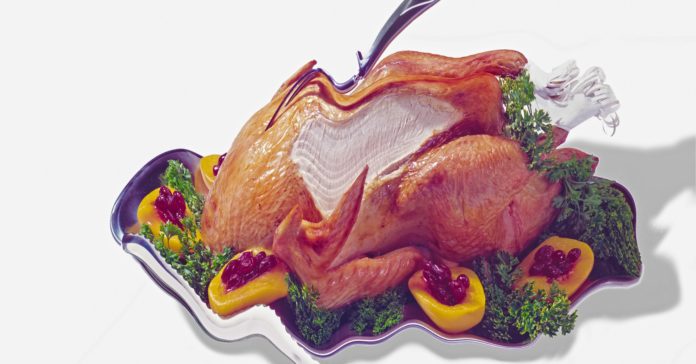 A quarter century ago, Steven Spielberg created velociraptors that were viscerally compelling enough to toe-claw tap dance straight into our nightmares. Last year, the VFX team behind Rogue One gave us a posthumously CGI-reanimated Peter Cushing as Grand Moff Tarkin, and that inspired a different and unintended kind of unease. Japanese roboticist Masahiro Mori’s famous Uncanny Valley hypothesis proposes that near-perfect human replicas elicit a specific form of revulsion—we’re simultaneously intrigued by something seemingly human enough to deserve empathy, and yet repulsed by the realization that something is off.

Now, we usually cut fake dinosaurs some slack because humanity’s social code doesn’t depend on interpreting T. rex eyebrow tics. But our finely calibrated facial lie detectors are critical when it comes to recognizing and assessing threats, rivals, allies, and potential mates. And, as it turns out, we have similar systems in place to monitor another intimate element of our survival: eating.

From birth, we are wired to seek sweetness and avoid bitterness, two points on an intricate flavor compass used by our ancestors to navigate between easy calories and potential poisons. We no longer lean heavily on flavor for life-and-death guidance, it’s true. But those instinctual flavor-tracking systems continue to operate in the background of our daily lives, even as the food landscape changes dramatically. Fervent foodie tribes who demand low-sugar, grain-free, and especially animal-free alternatives to our favorite foods are pushing food industry innovation deeper into the realm of imitation. And as this pressure mounts, food companies should be wary of stumbling into the unsettling pit of another uncanny valley.

Creating food is an intricate balancing act of battling senses. Salt, for example, suppresses bitterness and enhances sweetness, while indole, a single aroma compound, can give us either the aroma of jasmine or barnyard feces, depending on its concentration. Our ears act like amplifiers to turn up the crunchy texture of potato chips, and our eyes gobble up tasteless yellow food coloring to boost the apparent fruitiness of canary-colored banana pudding. And even our memories and moods can warp and twist flavor perception. If I share a bite of what I think is perfectly cooked and seasoned barbecue brisket with a 65-year-old Japanese winemaker, I might hear that it was too soft, undersalted, and oversmoked.

So building food from the ground up to hit a rigidly specified flavor target, it should seem obvious, is nothing short of a cosmic achievement. Especially if you hope to scale that innovation to the level of commercial food production, as companies like Hampton Creek, Ripple, and Memphis Meats have attempted in the last few years.

Like the clunky claymation effects that predated Phantom Peter Cushing, the first commercial food analogues aimed slightly lower than sensory parity. Success for the first butter substitutes and tofu-based “deli meats” was defined primarily by whether the material could be spread on toast or stacked under lettuce and tomatoes. These first steps were far enough from the uncanny valley that they were an exciting novelty for health-conscious diners or vegetarians. For the rest of us, they were a blip on the radar.

But as consumers have gotten more discerning, the ambition and investment in imitations have grown. In the past half-decade, we’ve seen millions of dollars put towards developing sophisticated, animal-free renditions of dairy, meat, poultry, eggs, and seafood, transitioning the movement out of the test kitchen and into the mainstream. Hampton Creek is making strides to expand their egg-free empire beyond mayonnaise and into our morning breakfast routine with plant-based, scramble-able eggs. Memphis Meats looks to go straight to the source, culturing animal muscles in vitro to build chicken wings and beef steaks cell by cell. The food scientists leading this charge are armed with sensitive gas chromatographs to map the volatile composition of yogurt as it ferments, texture analyzers to quantify the snappiness of a sausage casing or the gooeyness of a perfectly poached egg, and massive, searchable libraries of taste and aroma compound descriptors to aid in the architecture of new flavors.

We can now translate real food reference points into data-based flavor blueprints with better resolution than ever before. But the data is still incomplete—miniscule quantities of aroma compounds that barely register on a gas chromatograph readout can scream into our nostrils, for instance—and that can leave us with some truly unnatural eating experiences.

The Bay Area beverage company Ava Winery believes that we can use these blueprints to cobble pure ethanol and a cocktail of the right taste and aroma compounds into cheaper, ostensibly more sustainable imitations of our favorite wines. In a vacuum, Ava’s Moscato d’Asti is delicious, with more sophisticated depth and nuance than any soda you’ll find on the market. But if you’ve ever had wine before, then the Ava product tastes like it was poured through a funhouse mirror. Even a faint food memory is enough to prime our brains for nitpicking, exposing all of the details and higher-order interactions between our senses that even the best analytical equipment fails to capture.

Food analogue companies have made some staggeringly impressive leaps. But with a long, arduous road to perfection still ahead, it’s worth considering the option of avoiding Mori’s valley altogether through the creativity of chefs. Chefs are opportunistic creators: Without a set target to imitate, they are free to explore infinite variations on a flavor theme. They can nimbly veer away from potential hurdles in pursuit of freeform deliciousness. When a chef makes a miso from coffee beans or cures butternut squash in the style of parmesan, she’s not aiming for perfect re-creations of soy and dairy products; she just wants a super savory sauce base with the roasty depth of good coffee or a grateable topping to enhance a squash ravioli. By embracing the natural character of their source ingredients, chefs expand the spectrum of craveable experiences that plant foods can offer beyond mere imitation of animal products.

The food companies attempting to navigate the uncanny valley of food are striving to achieve unprecedented technological feats in the name of a more humane, sustainable future. I want them to succeed for the sake of the environment, because I’ve been lucky enough to work with some of them, and so that we can move on from simple imitation. Biochemically speaking, the abundant variety of tastes, aromas, colors, textures, and flavor-generating enzymes offered by plant foods dwarfs that which we can find in animals—so forcing plants to act like meat actually undersells their potential. The whole point of creating CGI humans in movies is so they can do amazing things normal people can’t, and I look forward to the day when we can expect that same thrill from the snacks we eat at the theater.

Ali Bouzari is a culinary scientist, author, educator, and co-founder of Pilot R&D, a culinary research and development company, and Render, a new food company that collaborates with the best restaurant chefs in the country to reinvent the way food lovers eat. As a chef with a PhD in food biochemistry, Ali has helped to lead the charge in changing the way we think about cooking by teaching and developing curriculum at top universities and collaborating with the country’s most innovative restaurants.