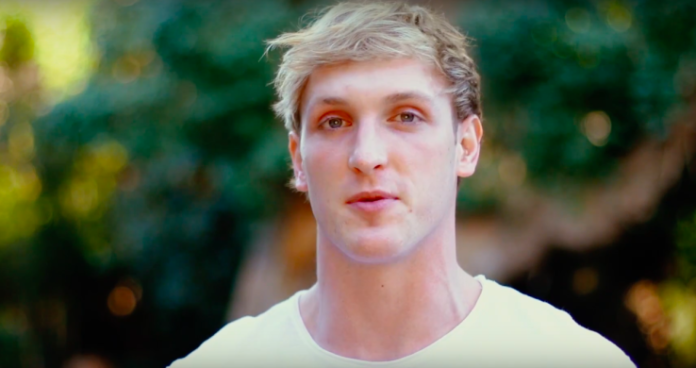 Logan Paul, the YouTuber who sparked a public backlash three weeks ago after posting a video in Japan’s “suicide forest,” has returned to the platform. In his first post back, he published a video focused on suicide and self-harm prevention.

Paul first found himself in trouble when, in early January, he posted a video titled “We found a dead body in the Japanese Suicide Forest.” The video, which showed a suicide victim with only the face blurred out, was viewed more than six million times before it was taken down. In it, Paul jokes about the body and seemingly approaches the subject of suicide with an unacceptable levity.

The internet’s reaction was fiercely negative.

How dare you! You disgust me. I can’t believe that so many young people look up to you. So sad. Hopefully this latest video woke them up. You are pure trash. Plain and simple. Suicide is not a joke. Go rot in hell.

When my brother found my sister’s body, he screamed with horror & confusion & grief & tried to save her. That body was a person someone loved.

You do not walk into a suicide forest with a camera and claim mental health awareness.

Paul apologized, saying he got caught up in the moment and meant to raise awareness for suicide and suicide prevention.

He also said he’d be taking a break from YouTube to reflect.

In the days that followed, YouTube removed Paul from the Google Preferred ad program and suspended work on his originals. YouTube is also to blame for the controversy, as the platform allowed for the video to go live and sit on the internet after it passed through YouTube’s moderation screening.

In the new video, Paul interviews a survivor of a suicide attempt, as well as the director of the National Suicide Prevention Lifeline, and pledges to donate $1 million to suicide prevention.

You can check out the video yourself below.

Post-Apocalyptic Insurers Try Out a New 'Make it Rain' Strategy

GizmoCrazed - February 28, 2019 0
Friends, have you thought about your insurance lately? Dammit! Wait, no, look: Climate change makes natural catastrophes worse, in both intensity and frequency, and insurance...