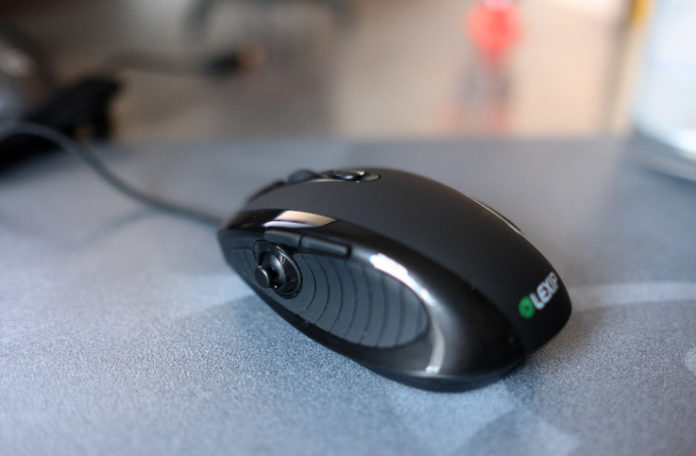 While at CES I try to avoid getting bogged down by dozens of random gadgets, and this time I mostly succeeded — but the mouse reviewer in me was intrigued by Lexip’s new gaming mouse that’s also a sort of floating joystick. It’s a strange but cool idea, and although the learning curve is high, I can see some hardcore gamers and productivity fiends getting a lot of use out of it.

Lexip is running a Kickstarter right now to fund the mouse, and has already tripled its modest goal, but the company was kind enough to send a pre-production version of the device to me for an early look.

The basic idea is very simple: What if you took a perfectly good gaming mouse and sort of mounted it on top of a very flat joystick? Theoretically, you would get the best of both worlds: the absolute x-y movement of the mouse, plus the relative, analog movement of a joystick.

And that’s more or less what the Lexip does. But as you might expect, it takes a bit of getting used to. 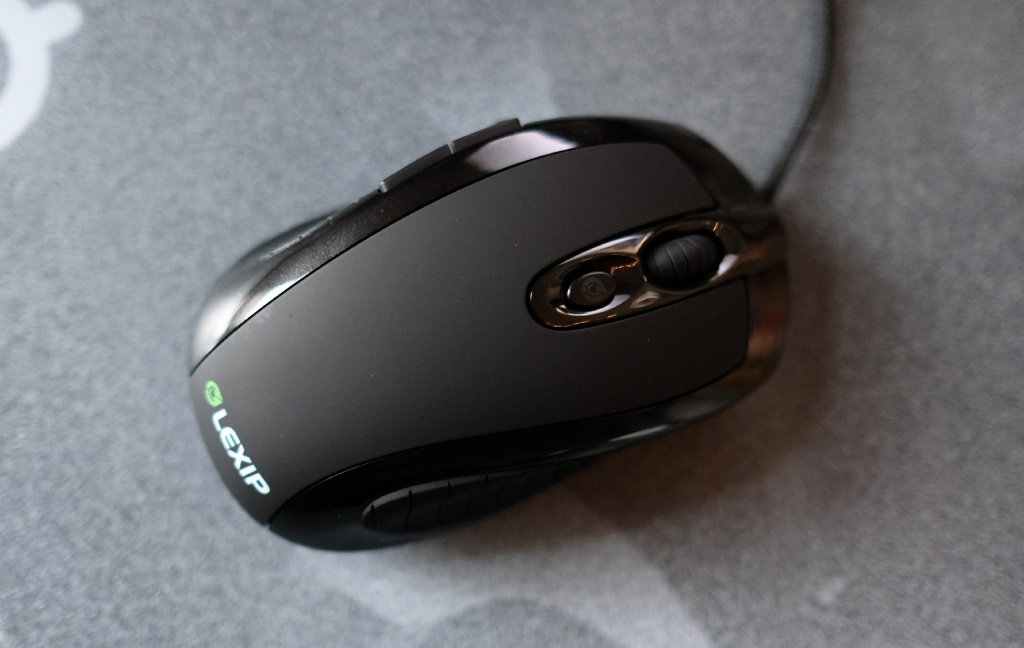 The mouse portion is quite good; I’m very picky when it comes to mouse shapes (I use a Logitech G500s… since you asked) and found the Lexip perfectly comfortable, if slightly small. There’s an analog stick on the side, a nice touch for space sims, and three configurable buttons in addition to the usual left, right and scroll button. The sensor seemed solid; no jitters or problems with my mousing surface.

There’s no thumb shelf, and I would have preferred the button paddles reached farther toward the front of the mouse, but neither is really possible because of the joystick portion of things.

To that end, the whole top of the mouse is essentially a giant analog stick; you can tilt it in any direction and it acts just like a second analog input. So in a flight sim or space game you could be looking around the cockpit or directing the guns with the mouse itself, yawing and rolling with the full-mouse joystick and controlling thrust and strafing with the little joystick. Pretty cool, right?

That kind of control also could be useful to artists, 3D and otherwise. Working in 3D means a lot of rotating on various axes, zooming in and out and so on. Having two analog sticks on the mouse itself might allow an artist to replace a handful of commonly used keyboard shortcuts or mouse gestures. 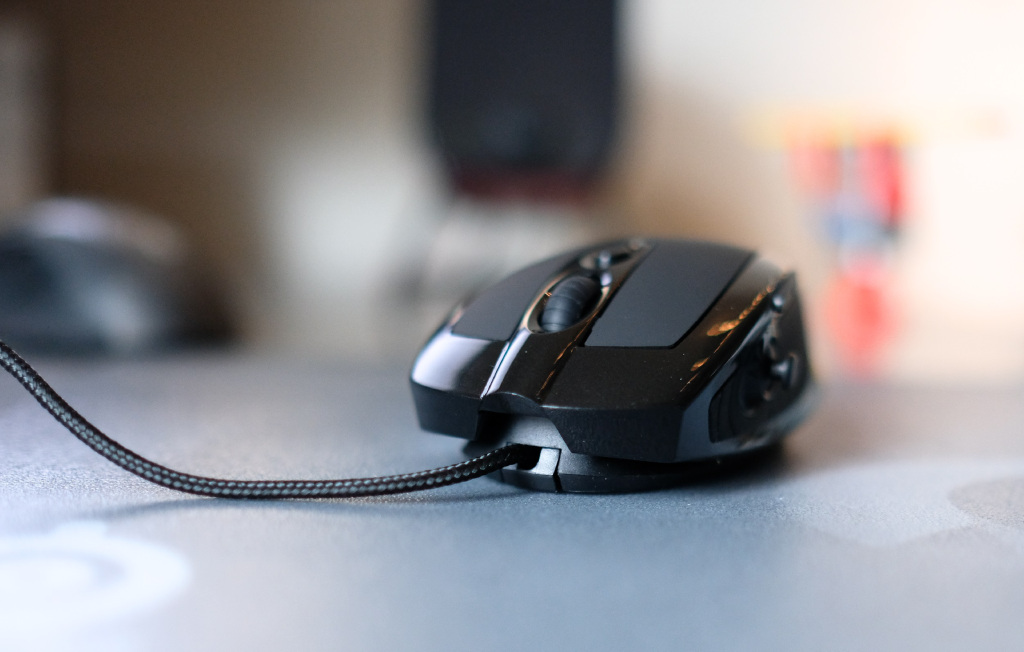 Speaking of which, the analog movements can be mapped like mouse buttons; I set up mine to have the tilts mean forward and back in a browser, plus scrolling up and down. It didn’t take long for these movements to become pretty natural, though I should say I also triggered them accidentally a bunch of times. (You can disable gestures for any application, but I was too lazy.)

The configuration tool could use a lot of work, though. Razer and Logitech have been honing their tools for years, allowing complex macros and interesting integrations. Lexip’s is workmanlike, lacking options pro gamers and power users might want. That’s relatively easy to fix with updates, of course, but the DPI selection method and inability to create a “double-click” button made it hard to keep the Lexip as a daily driver.

It also required something of a lighter touch than I’m used to; I tend to rest most of the weight of my hand on my mouse, apparently favoring the left side, since the Lexip tended to activate the “left” gesture now and then (certainly my fault and not a bug, just saying). It also seemed to me that the left side was easier to depress, but that may just be how I perceive it. (Speaking of left sides, a left-handed version is forthcoming.) 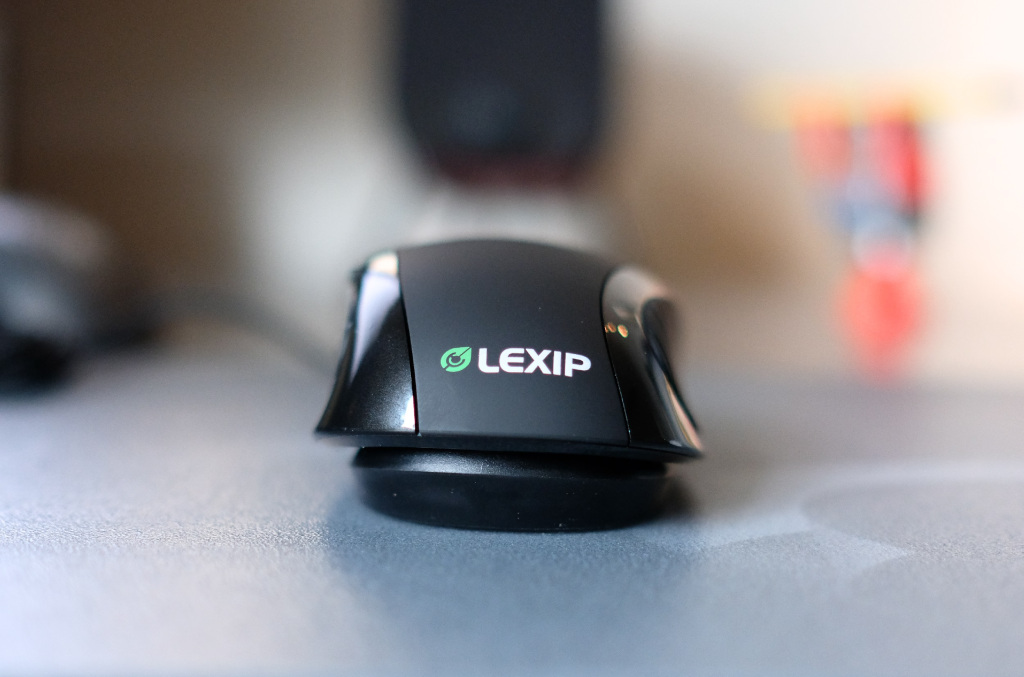 And you’ll need to pay close attention to your grip, because of course if you tilt forward by pressing down with your index and middle fingers, you’ll click while you tilt and cause all kinds of chaos. The extra non-button space on the front is meant to alleviate that, and it does, but I had to shift the position of my fingers to get a solid surface on which to push down. Not a deal breaker, just something you’d have to get used to.

I asked if the version I have will differ in any way from the version backers will receive, and was told only minor aesthetic changes will be made.

Overall I think this is a fun, smart device and one that many people might find useful. Of course, with even early-bird prices starting above $100, it isn’t cheap. But you probably already know if this is something you’re willing to give a shot. It’s a cool idea and it works, with some small caveats, so order with confidence.