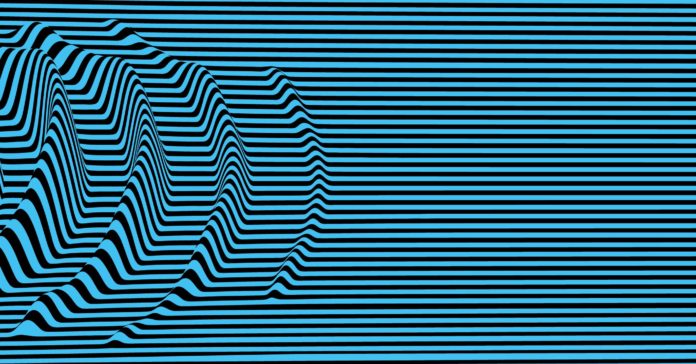 At 2:39 am Thursday morning, millions of Bay Area residents from Sacramento to San Jose were shaken awake by the rolling tremble of a 4.4 magnitude earthquake. The eight-mile deep tremor struck along the Hayward fault, two miles southeast of Berkeley. From my apartment just 20 blocks from the epicenter, I woke with the rest of the neighborhood and rode out the wake from bed for about 10 seconds.

But four lucky people in the Bay Area got a head start, receiving warning notifications before the shaking even started.

Using a free app called QuakeAlert, two beta-testers who work at the University of California Berkeley received notifications—though only two and five seconds before feeling the quake. Two others, up near Sacramento but close enough to register intensities over 2.0, received texts a full 27 seconds before any noticeable tremors.

Developed by Santa Monica-based Early Warning Labs, QuakeAlert is one of the few ways Americans can get advance notice of an impending quake. While nations like Japan and Mexico already have early warning systems that send texts and siren blares out to citizens ahead of an impending quake, the US is still stuck in beta mode.

Which is obviously a problem. Several highly populated US cities sit on top of dangerous seismic zones. The Hayward fault zone—which encompasses the areas of Berkeley, Oakland, Hayward, and Fremont—is ominously referred to as a “tectonic time bomb” by the US Geological Survey. It produces a large earthquake about every 160 years, give or take about 80. The last time it unleashed a big one was 1868, when a 6.8 shaker split open 20 miles between San Leandro and Warm Springs, killing 30 people.

In case you weren’t doing the math, that was 150 years ago.

So residents are ready for something like QuakeAlert—which is not to be confused with ShakeAlert, the early warning system pioneered by the USGS that powers Early Warning Lab’s app. ShakeAlert works by detecting an earthquake’s up-and-down p-wave, which travels faster than the destruction-causing s-wave. That signal can be converted into a text message and sent to iPhones (EWL is currently in talks with Google about getting an Android version). QuakeAlert is just one application of what you can do with ShakeAlert data.

Until a month ago, if you wanted to get a beta version of QuakeAlert, you had to fill out a multi-page federal form demonstrating you understood the capabilities and limitations of the early warning system—then wait up to three months for the USGS to approve you. But now, Early Warning Labs is doing the vetting and necessary education themselves. The app still isn’t available to the public (its beta testers were hand-selected by the company), but at least now you can join the waiting list to be notified once it’s released later this year.

Alert information is trickling out in other forms, too; the signal can automatically halt trains or open fire station doors so firetrucks don’t get stuck inside. Starting in 2016, ShakeAlert began doling out automated early warning to a handful of pilot participants in California, and more have followed.

In the Bay Area, an alarm in the system triggers the slowdown of any running BART trains. Last August, PG&E installed an earthquake monitoring system in four elevators at its headquarters in downtown San Francisco. If a nearby quake reaches a certain threshold intensity, it well send the elevators to the nearest floor, opening the doors automatically to allow passengers to safely disembark before the shaking starts. Thursday’s earthquake wasn’t big enough to trigger any emergency maneuvers (not that anyone was likely in the elevators at 2am).

The elevator system is just one of a handful of pilots the utility company is planning to deploy in the next few years. Long term, PG&E hopes to use the system to do things like automatically depressurize gas lines and de-energize electric lines when quakes threaten the infrastructure that brings more than 5 million Californians power and heat.

But federal funding shortages have prevented the USGS from installing the 1,675 sensors it needs to protect every seismically vulnerable part of the West Coast with ShakeAlert data. As of last September, the seismic sensing network was only 40 percent complete.

In places like the Bay Area and Los Angeles, though, the systems are fully functional. That’s one reason the USGS has backed off of its QuakeAlert beta testing requirements. The other is that the app has a good track record of not popping up false positive push alerts.

All of this means that way more people could have access to an early warning system as soon as 2018. Early Warning Labs is planning to start a slow rollout to the users on its waiting list as soon as early spring. Users will still have to go through some kind of education about how the system functions and what its limitations are, but there won’t be any paperwork.

No one can know when or where the next earthquake will hit. Or if it will be the big one. But at least for folks living in LA and the Bay Area, where seven faults threaten more than 20 million people, at least now they’ll have a chance to get a head start.