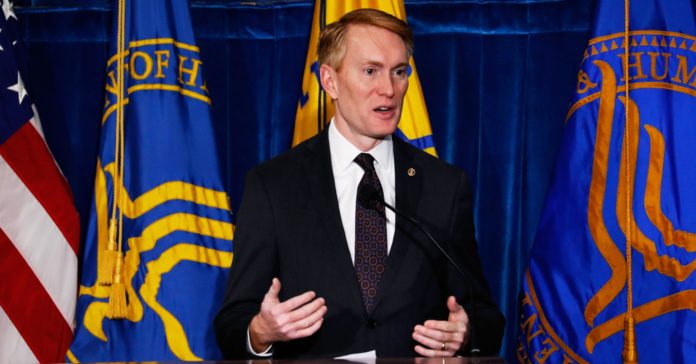 When Marci Bowers consults with her patients, no subject is off limits. A transgender ob/gyn and gynecologic surgeon in Burlingame, California, she knows how important it is that patients feel comfortable sharing their sexual orientation and gender identity with their doctor, trust and honesty being essential to providing the best medical care. But Bowers knows firsthand that the medical setting can be a challenging place for patients to be candid. That for LGBT people, it can even be dangerous.

“I know from talking with patients that they’re often denied services, not just for surgery and hormone therapy, but basic medical care,” Bowers says. “I’ve had patients show up in an emergency room who were denied treatment because they were transgender.”

Experiences like these are what make the creation of a new “Conscience and Religious Freedom” division within the US Department of Health and Human Services so troubling. Announced last week by acting secretary of HHS Eric Hargan, the division’s stated purpose is to protect health care providers who refuse to provide services that contradict their moral or religious beliefs—services that include, according to the division’s new website, “abortion and assisted suicide.”

But the division’s loose language could leave room for physicians to provide substandard care to LGBT patients—or abstain from treating them altogether. Indeed, in a statement to WIRED, an HHS spokesperson said the department would not interpret prohibitions on sex discrimination in health care to cover gender identity, citing its adherence to a 2016 court order that excluded transgender people from certain anti-discrimination protections.

That’s obviously bad for the health and wellbeing of LGBT people, who may feel less comfortable sharing their sexual orientation or gender identity going forward—but it’s bad for science, medicine, and policy, as well.

At its core, the new HHS office threatens data and understanding. Collecting facts and figures on sexual orientation and gender identity fills valuable gaps in the medical community’s comprehension of LGBT patients and their public health needs, and progress on that front has accelerated in recent years. “Gathering these details has tremendous potential to improve care for LGBT people,” says psychologist Ed Callahan, who in 2015 helped orchestrate the addition of fields for sexual orientation and gender identity—aka “SO/GI”—to electronic health records at UC Davis, the first academic system in the country to do so. The more data doctors and policymakers have on LGBT people, the better they can understand the institutional hurdles, social challenges, and public health risks they face as sexual minorities.

The creation of the new HHS division is but the latest development in an ongoing battle over whether and how that data is collected. As of this year, the Office of the National Coordinator of Health Information Technology requires outpatient clinics to use software that collects SO/GI information if they receive federal incentive payments for using government-certified electronic health care records. The Bureau of Primary Health Care requires health centers to report the sexual orientation and gender identity of their patients. And the Centers for Disease Control and Prevention and the Centers for Medicare & Medicaid Services continue to encourage data collection on SO/GI.

“There’s actually been a lot of good work happening at the Veterans Health Administration,” says Sean Cahill, director of health policy research at the Fenway Institute, a Boston-based center for research, training, and policy development on LGBT-related health issues. Since 2012, the VA has encouraged the collection of SO/GI data and issued directives that ensure respectful, equitable, culturally competent care for LGBT veterans. And by the end of Obama’s presidency, the number of federal surveys and studies measuring sexual orientation had increased to 12, seven of which also measured gender identity or transgender status. “So the good news is that the shift to gathering these data has been underway for several years, and does continue,” Cahill says.

But data collection has slowed under the Trump administration. In the past 13 months, surveys collecting data on participation in Older Americans Act-funded programs and Administration for Community Living-supported disability services have removed questions pertaining to sexual orientation and gender identity. In the same time span, numerous political maneuvers have sown uncertainty and distrust throughout the LGBT community. A July 2017 directive from President Trump attempted to ban transgender people from enlisting in the military, and in December policy analysts were presented with a list of banned words—including “transgender”—not to be used in official CDC budget documents.

In short: Under the Trump administration, the country is simultaneously collecting less data and promoting conditions that leave LGBT patients wary of their healthcare providers. “These patients already face significant obstacles to accessing medical care, and I fear implementation of these measures will only make these obstacles worse,” says Stanley Vance, a pediatrician at University of California San Francisco and an expert in the care of gender nonconforming youth. “I also worry that these measures will be an institutionalized form of discrimination against patients who have been identified as a sexual minority or transgender who freely come out to their providers or through information previously entered in electronic medical records.”

Even when physicians don’t overtly discriminate against gay and transgender patients, negative health care experiences are routine. Many physicians simply don’t think to consider a patient’s SO/GI—information they can use to not only respect their patients, but screen them for family rejection, which studies show increases the risk for depression, suicide, and high-risk sexual behaviors. Failing to acknowledge a patient’s SO/GI can compound the ill effects of social stigma and inaccessibility to care like hormone therapy or gender affirmation surgery. “Across the board, LGBT patients are the group least likely to come back for further care,” Callahan says. “And that often happens because of ways they are dismissed as not existing.”

Of course, the reality is that LGBT people do exist, they’re entitled to equitable services and care, and they deserve to be counted—sometimes literally. “It really shouldn’t be political, you know? It shouldn’t be a partisan issue,” Cahill says. “It’s about science and data and providing quality care to all patients.”