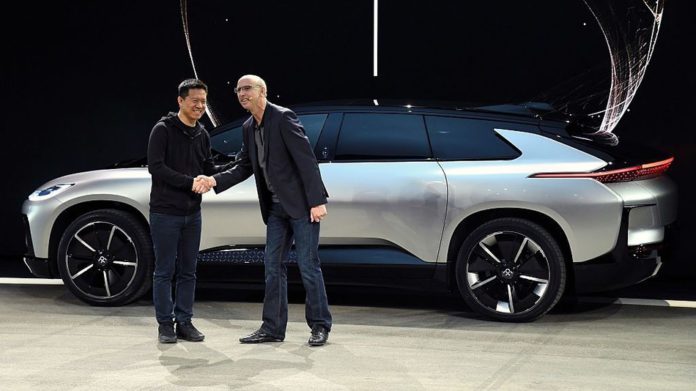 It was the “first of a new species.” It was going to change the game. It both was, and maybe was not, a car. It was the talk of CES. But that was then.

Now, almost a year after Faraday Future unveiled the FF 91 at CES in January 2017, the would-be electric car manufacturer that sought to challenge Tesla has come close to crashing and burning. And while much has been written about the unfulfilled promises and stumbles of the company, its frothy CES showcase speaks to a much larger truth about the biggest consumer tech show in the world: Don’t believe the hype.

CES is all about what’s just around the corner. The latest and greatest thing that is surely going to forever change the way you send hugs over the internet. Vibrating smart jeans. Wearable “cruise tech.” Oh, and of course, surfboards for lazy people.

The entire conference is one big hype machine, teasing tech journalists with the promise of an early peek at the glittery future and exhibitors with the hope of exposure. The problem, as it often is in life, comes when it’s time to separate the meaningful wheat from the vaporware chaff — a task made even harder by CES presenters’ habit of dressing up said proffered chaff as golden wheat.

“The FF 91 will usher in a new age of connected vehicles and break down the boundaries of what a vehicle can and will be,” Sampson said. “This mindset is deeply rooted in the soul of our company, in creating a new age of car-buying.”

And yet, well, nothing of the sort has happened. What actually did go down paints quite a different picture of the promises made in Las Vegas.

In July, the company was forced to cease production on a 3 million-square foot manufacturing facility in North Las Vegas. To make matters worse, a huge investor had approximately $183 million in assets frozen the same month.

But the bad news didn’t stop there. In November, Electrek reported that the company’s CFO and CTO had both quit. And Kevin Vincent, who was in charge of regulatory and safety affairs at the company, was also out the door. The publication also noted, as recently as earlier this week, that while “it’s still too soon to call the FF91 dead […] we can say with some confidence that we won’t see it on the market this year as originally promised.”

Staffing troubles, funding troubles, and production troubles. The FF 91 won’t end up ushering in anything, let alone “a new age of connected vehicles,” if it can’t get off the production line. And maybe the company will defy the odds, release the car this year, and soar to success. But maybe not.

So what does all this tell us about the glamour of CES keynotes? Remember to take it all with a grain of salt. 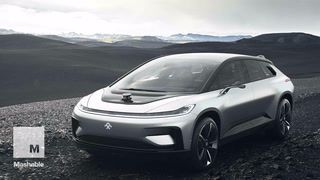