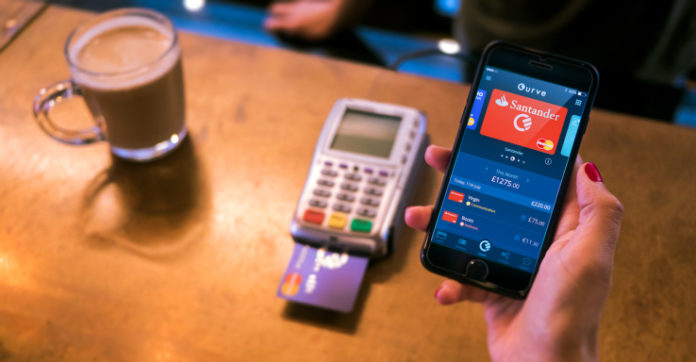 Curve, the London fintech startup that offers a platform that lets you consolidate all your bank cards into a single Curve card and app to make it easier to manage your spending, is finally launching to U.K. consumers. Up until now, the service remained in beta and was only officially available to business users.

In a call with Curve founder and CEO Shachar Bialick, he described the consumer launch as a major milestone for the company, noting that 50,000 people have signed up to its waitlist, in addition to the 100,000 or so users who joined Curve in its beta phase. Users on the waiting list will begin being activated as of today, with the usual viral loop built in that means if you invite a friend, you can skip the queue. It’s free to join, although a premium version of the Curve card is also available for £50 that offers additional perks.

A quick reminder of the Curve proposition: Like a plethora of fintech startups, Curve is building an app that essentially turns your mobile phone into a financial control center to help you manage “all things money.”

But rather than building, say, a new current account or a personal financial manager that scrapes data from your existing bank accounts — as is the case with the challenger banks such as Monzo and Starling, or chatbots Cleo and Plum, respectively — the startup’s “attack vector” (as Monzo’s Tom Blomfield calls each fintech’s entrance point) is a card and app that lets you connect all your other debit and credit cards so you only ever have to carry a single card.

Once you’ve added your cards to Curve, you use the Curve app to switch which underlying debit or credit cards you wish the Curve MasterCard to spend from, and track and see a single and consolidated view of your spending regardless of which card was charged.

Additional functionality includes being able to lock your Curve card at a touch of a button, instant spend notifications, cheaper FX fees than your bank typically charges when spending abroad or in a foreign currency and the ability to switch payment sources retroactively.

The latter is dubbed “Go Back in Time” and means if you make a purchase via Curve that gets charged to a card other than you intended, you have two weeks to change your mind (see our coverage on the feature to see why this is clever and useful).

More broadly, Bialick says Curve’s consumer launch represents a further step toward the startup’s vision for fintech convergence. The bet that the Curve founder made when he started the company in 2015 was that whenever there’s disruption — in this case, following technological and regulatory changes, a plethora of new fintech companies are unbundling various parts of the banking sector — this inevitably leads to fragmentation. What then eventually follows is convergence. Curve, like other fintechs, is seeking to fill that void with a platform that re-bundles various financial products but in a way that puts the consumer in control.

We can already see evidence of how this is playing out with Curve’s single view of your spending and the way the platform is entirely agnostic to where your money is stored. Bialick is pretty fond of saying that banks do a good job of looking after your money (just as well, as Santander Ventures is a recent backer — more on that below) and that nobody needs to become a bank in order to provide a financial control center and nobody needs to switch banks to access one.

He also believes that by offering a Curve MasterCard (a standard that is pretty much accepted everywhere and supports contactless, chip and PIN, magstripe and ATM withdrawals) that re-routes all of your spending through Curve, it has other advantages over being asked to switch banks. That’s because, argues Bialick, a sprawling fintech and financial services landscape means that we have more bank accounts and cards than ever, and while account aggregation isn’t new or unique (indeed, HSBC’s new Beta banking app lets you pull in transaction data from external bank accounts), on its own it doesn’t solve fragmentation at the point of payment.

For example, I have two current accounts with incumbent banks, a credit card, and more recently TransferWise’s multi-currency account and debit card. Three of those are already plugged into my Curve card and there is nothing stopping me from adding the likes of Revolut, Monzo, Starling or Tandem’s credit card, too. (Noteworthy, both TransferWise founder Taavet Hinrikus and Tandem founder Ricky Knox have invested in Curve).

Bialick also tells me that Curve, like just about every other fintech, plans to take advantage of Open Banking/PSD2, recent legislation in the U.K./Europe that makes it a requirement for banks to let third-party apps access a customer’s transaction data and make payments on their behalf (with permission, of course). Once this is added, probably much later in the year, Curve will be able to track all your spending, not just card transactions, giving it a much fuller picture of your financial life.

The plan then is to put that spending data to better use on your behalf through the Curve Connect platform, a kind of curated app store for financial and other related products. The idea is that Curve will connect to the best financial services, including fintechs, but also from major banks, to help you get more from your money.

It’s similar, in varying degrees, to the vision of Starling’s marketplace banking, Monzo’s upcoming curated partnerships or N26’s growing number of integrations. Then there are a long list of Personal Finance Manager apps, chatbots or even fintech startups like Bud, which is helping incumbent banks offer their own fintech marketplaces powered by your transaction data. And that’s before the likes of Amazon, Google, Apple or Facebook make their first move into Open Banking, something that the banks fear as much as any fintech.

To that end, Bialick says that, although being able to see all of your spending in a single place, many people actually find viewing their transactions and balance quite stressful. What they really want are better tools that put them in control and help with the management of their money, meaning that they need to worry about their finances less.

Meanwhile, I’m hearing that Curve is working on a partnership with multinational bank Santander (which, as noted, is a backer of Curve through Santander Ventures). This, if my sources are correct, will see a co-branded version of Curve offered to Santander customers within a couple of the regions it operates. I also understand the startup is gearing up for further fundraising in the form of a sizeable Series B later this year.