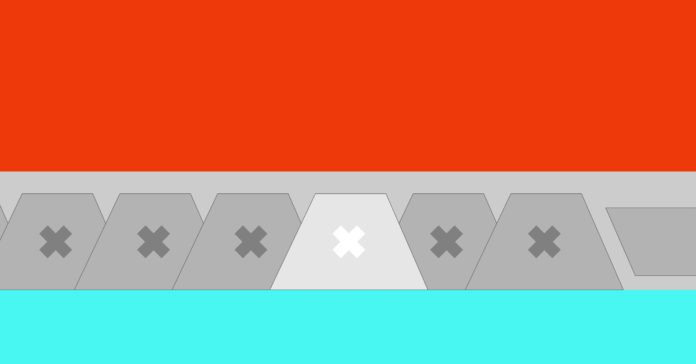 Hi. My name is Robbie, and I’m addicted to browser tabs. For years, I deluded myself into thinking they were an efficient way to gather information on a given subject. Or subjects. Sub-subjects, too.

You see the problem.

Which is why, for the past few months, I’ve been experimenting with a Chrome extension called xTab. It works by limiting the number of tabs I can have open in a given browser window. I set my limit at eight—the maximum amount I can open in a full-size window before the description field begins to shrink. The extension has advanced settings that will automatically close, say, my least-referenced tab, if I try to open more than eight, but I’ve configured mine to prevent me from opening another tab altogether. When I try to Command-T a ninth page into existence, it appears and disappears in a fraction of a second; my screen flashes white, and the row of tabs above my URL bar gives a glitchy judder.

Tabbing occasionally offered me some organizational utility, but my bursting browser windows more often seemed a combined result of distractibility—Command-T had become my reaction to any thought that flitted through my brain—and an anxiety that I might need a previously opened tab someday. At some point in the past few years, tabbed browsing had transformed from a thing that helped me manage my work into a thing I worked to manage.

The same could be said of most of our personal technology. Not everyone is hooked on tabbing, but rapidly growing numbers of people are worried they’re hooked on something, be it Netflix, Instagram, or texting while driving. In July of last year, this very website—a publication guided in large part by a belief in technology’s capacity to deliver humanity from ruin—warned that “our minds have been hijacked by our phones.” Sean Parker, the founding president of Facebook, recently fretted publicly that the social media platform he helped create “probably interferes with productivity in weird ways,” adding that “God only knows what it’s doing to our children’s brains.”

That’s the thing: We really don’t know. “There’s far too little evidence to say for certain what effect these technologies are having,” says NYU social psychologist Adam Alter, author of Irresistible: The Rise of Addictive Technology and the Business of Keeping Us Hooked. “But a huge number of people feel that their lives are suffering as a result of their relationships with their devices.” Worse yet, many of them feel an imbalance of power in that relationship; according to the American Psychological Association’s 2017 Stress in America Report, 65 percent of adults agree that their mental health would benefit from taking a “digital detox” or periodically “unplugging”—yet fewer than a third of those people actually reported doing so.

But if you reflect on your day and feel dissatisfied with having spent it thumbing through Instagram—or, in my case, wrangling tabs—you should know that a small set of digital tools can help you develop habits you want, and change the ones you’ve fallen into. And they’re not the ones you’d expect.

There aren’t many tools like this, but they’re out there. xTab wasn’t specifically designed to fight reflexive tabbing (it was released years ago, before all the hand-wringing over technology addiction), but it does a masterful job of it. Another is Space, an app that sticks a 10-second waiting period in front of any application you’d like to use less impulsively. (I’ve set mine to stop me from diving headlong into Instagram and Twitter, the two apps whose screen placement my thumb knows best.)

The gold standard, though, is Apple’s Do Not Disturb While Driving mode, which silences your iPhone and darkens its screen when you’re in a moving car. (Try to use your phone while the feature is active and it interrupts you, forcing you to clarify—or lie about—whether you’re behind the wheel.) “I love that feature. It’s so good. It reminds me not to be a sociopath,” says Andrew Przybylski, an experimental psychologist at the Oxford Internet Institute who studies the factors that underpin self-regulation of technology use. Przybylski is more skeptical than most of what he calls the “moral panic” surrounding tempting tech, but he finds real value in the impulse-checking features of Apple’s fix. More than social-media usage or screen time, he says, the number one thing people should be worried about when it comes to the allure of our devices is distracted driving, “because it’s actually deadly.”

Whether they’re saving your life or simply reclaiming a few minutes of your day, xTab, Space, and DNDWD accomplish something that few apps, extensions, or devices do: They interrupt you in the middle of the habit you’re trying to change, causing you to stop and confront your behavior, and consider how you might change it. All of which is critical, because research suggests that successfully rewiring one’s habits hinges in large part on self-reflection.

Psychologists who practice habit reversal therapy maintain that understanding how a habit works—the cues that beget your routine and the craving that keeps you coming back—is crucial to modifying it. The interruption afforded by extensions like xTab and apps like Space gives you a moment to ask yourself why you performed some behavior in the first place, what you’re hoping to get out of it, and whether it’s something you want to go through with.

That also makes these tools categorically different from, say, time- and task-management apps, like Todoist or Remember the Milk, which don’t actually teach you to manage your time or tasks. The fact that these tools help you identify and address the substructure of your habits also distinguishes them from incentivization services like 21habit, which use financial sticks and carrots to encourage the formation of new routines.

“I think that’s the key,” Alter says. “Is the intervention something that will make you more mindful about the way you’re using your tech?” There are apps that do this, too. The most well-known is probably Moment, which tracks how much time you spend on your device and how you spend it, generating daily reports on your usage patterns.

But even Moment requires you to reflect on your usage after the fact. Designers and developers would do well to consider creating tools that enable users to face up to their unwanted behaviors as they perform them. Not at the end of the week. Not every night, before we go to bed. But this very instant, as we tab, click, and thumb through our lives. Frictionless it’s not, but change is never easy. And while intervening features alone won’t save us from our gadgets, they could, with the right guidance, help us save ourselves.

GizmoCrazed - August 26, 2018 0
West Virginia is second only to Wyoming in both coal production and President Trump’s winning vote percentage in the 2016 general election. So it...

As Subway Commuters Mingle, Their Microbes Do Too

Apple Watch Burns Woman After It ‘Overheated’ In The Sun, Apple...

Calculate How Fast Quicksilver Is Moving in *X-Men Apocalypse*