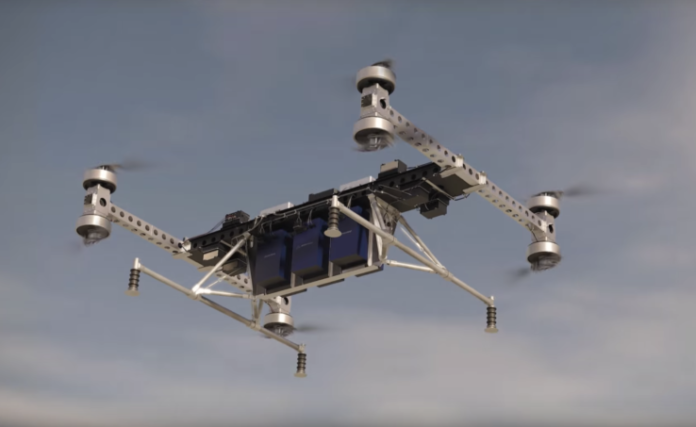 Boeing just revealed a prototype drone capable of carrying much more than a camera. The company tasked engineers with designing and building a cargo drone and the prototype they came up with is able to haul 500 lbs of goods.

The vehicle is huge and much larger than anything DJI sells. It weighs 747 pounds and is 15 feet long, 18 feet wide and 4 feet tall. Four arms hold two props each. It took Boeing engineers three months to design and construct the prototype, which just completed a test run in Boeing’s research lab in Missouri.

“This flying cargo air vehicle represents another major step in our Boeing eVTOL strategy,” said Boeing chief technology officer Greg Hyslop in a statement. “We have an opportunity to really change air travel and transport, and we’ll look back on this day as a major step in that journey.”

The company did not release official flight capabilities including range or speed. Those will come in time and chances are this vehicle will never be produced but used as a testbed for technologies that will lead to cargo and vehicle drones.