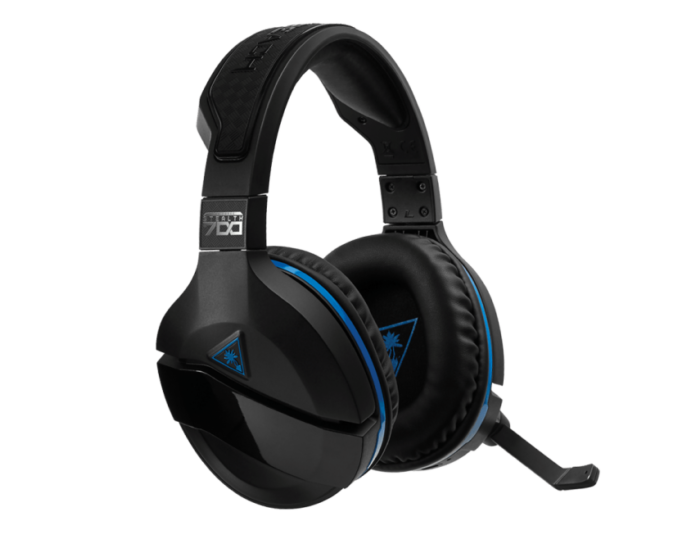 Here’s what a perfect gaming setup looks like: PlayStation 4 installed in your beast of an entertainment center, hooked up to the biggest LED TV you can possibly afford for the mind-blowing graphics, and the best high-spec wireless gaming headset you can possibly buy for the killer audio experience. Yes, you read that right, not a speaker system or even through your LED TV’s audio—a gaming headset, preferably one from the top brands like Turtle Beach, RAZER, or Logitech.

Why a gaming headset, you ask? There are many reasons, but we’ll list four for you: it’s relatively cheaper, it takes up less room, it lets you talk to your fellow teammates during multiplayer games, and most importantly, it just sounds better. It really does, simply because a headset delivers the sound in a much closer and intimate fashion compared to regular speakers. It lets you hear everything you need to hear and more, without anything from the outside world to interrupt or ruin the experience. In short, it’s the ideal way to hear the game you’re playing on your PS4. And there’s also the added bonus of not having to worry if you’re playing too loud for the neighbors!

Alright, so you’re convinced, and you’ve got your very own PlayStation wireless headset, all nice and hooked up to your Dualshock 4. But now you have a problem: which games should you play on the PS4 when you’re on headset mode? Add to that, which games play better and sound even more awesome with a headset? Get ready to find out! After play-testing and cross-checking, as well as hours upon hours of weekend gaming, we’ve managed to put together a list of the top eight games that you should play with a PlayStation wireless gaming headset.

Here they are below, and in no particular order:

And that’s it, those are the games that require you to get a PlayStation wireless gaming headset for a full, immersive gaming experience. Please do note that this is not intended to be a definitive and absolute list, as there are tons more games in the Sony PlayStation 4 library that do play and sound better with a headset. With that said, if these titles are familiar to you, then we congratulate you on your excellent taste. But if not, try one of them out at a friend’s place, or rent them if you need to. You’ll be pleasantly surprised!