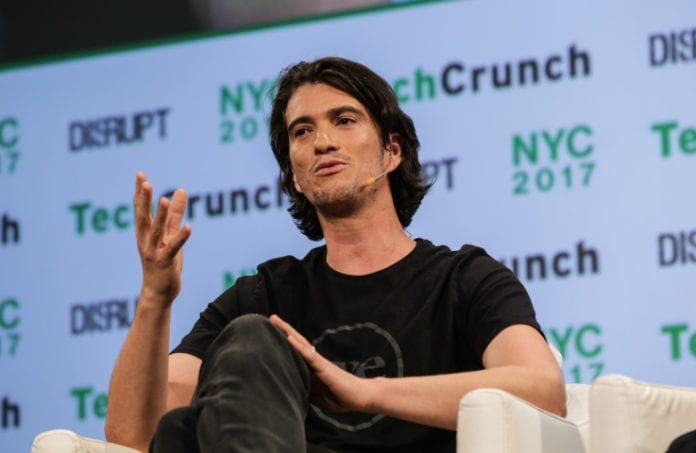 WeWork had a big year in 2017. The seven-year-old company opened 90 new locations, doubling its global membership, and expanded into new cities in Latin America, Asia and Australia, and Europe and Israel. It is reportedly valued at $20 billion.

While 2018 holds more of the same — WeWork plans to launch 1 million square feet of new space each month next year — the company also plans to grow its new Powered by We business aggressively.

Powered By We is essentially office space as a service — WeWork’s white label product. It includes helping clients find the right physical space, construction, custom office decor, software to manage building operations, back-end data on the efficiency of the office space, and even WeWork employees physically on-site to help with community programs.

“By getting really good at these things, we bring a value beyond our own space,” said Dave Fano, WeWork’s Chief Growth Officer. “There are some parallels with Amazon and what they’ve done with fulfillment. They’ve monetized infrastructure well beyond the retail model, and we think of Powered By We in the same way.”

While Fano couldn’t share the name of the clients, he confirmed that WeWork opened two Powered By We spaces this year, now operating a little under 200K square feet of PBW space. One was in Chicago and the other was in New York City.

And WeWork has built a bridge between Powered By We and membership for large enterprises already. According to Wired, WeWork is managing buildings for companies like IBM, Airbnb and Amazon.

Fano told TechCrunch that there are over 20 active Powered By We deals in the pipeline, with a “ton of interest globally” from places like Asia, Europe, and Latin America alongside the U.S.

Part of the beauty of Powered By We is that it’s a natural graduation for companies signed on with a regular WeWork membership. Plus, Powered By We is based around existing partnerships (WeWork’s relationships with construction companies, real estate businesses, etc.) and expertise (data, design, and integrated technologies). It costs far less to help a company set up the right space and maintain it than it does to play landlord and lease the space, outfit it, and rent it out again.

Between 25 and 30 percent of WeWork’s occupancy comes from Enterprise companies (companies who employ 1000+ people). WeWork’s revenue from those clients makes up a bit more than 25 to 30 percent.

That’s why upwards of 90 percent of the Powered By We pipeline comes from existing WeWork portfolio companies.

These enterprise clients are important to WeWork beyond the potential for Powered By We. They sign much longer membership deals (two to three years instead of one to three months). WeWork this year signed on Microsoft’s New York sales team as a member, giving them the freedom to travel around town to make sales and pop in to whatever WeWork was closest between meetings.

WeWork undoubtedly has the data and expertise it needs to run buildings better than potential Powered by We clients, but the question remains whether it be able to make those sales at a time when 82 percent of organizations are looking to cost cutting as a way of increasing margins, according to Accenture.

One Block To Rule Them All – The Solid Gold Lego...

GizmoCrazed - December 2, 2012 0
Legos have been around for a long time and have served as the famous building blocks for quite a few generations now. They are...

This electric motorcycle runs on 15 parts made via 3D printer

Vertical Farming Is The New Trend