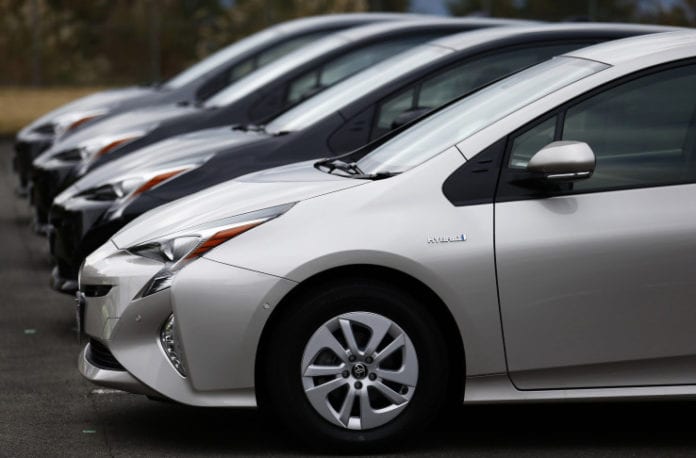 Toyota is finally revealing the details of its plan to catch up with some of its rivals on electrification; the automaker has focused primarily on hybrids and hydrogen fuel cell vehicles before now, despite having led the market with the Prius – but it’s going to focus more on pure EVs going forward, with a plan to offer over 10 purely battery-powered vehicles from 2020 on, and a goal of making available either a hybrid or a fully electric version of every car it sells by 2025.

The announcement from Toyota comes via a Tokyo press briefing on Monday, which elaborates on earlier comments made by the company around its intent to target China first for fully electric vehicle sales. It’s also planning to sell pure EVs in Japan, India, Europe and the U.S., the automaker says.

To help make this happen, Toyota will partner with Panasonic on battery tech, including developing next-generation, new batteries as well as current gen lithium-ion powerhouses. It’s going to invest as much as $13.3 billion through 2030 in battery development in order to help it get up to pace in the EV space.

Toyota’s plans also involve getting to a point where around half of its annual vehicle sales are accounted for by electrified cars, including both hybrid and fully electric vehicles – it has a firm target of 5.5 million electrified vehicles sold annually by 2030.

This is the latest in a series of announcements over the past year or two from automakers declaring their intent to either push the accelerator on full, electrified vehicle slates, or focusing exclusively on non-ICE engines in some cases. Toyota had faced some criticism for being behind in this regard, so this announcement is a major declaration of its intent to chart a similar path as many of its rivals.

The World's Recycling Is in Chaos. Here's What Has to Happen

Turn your Roomba's trip around the house into a playable 'Doom'...