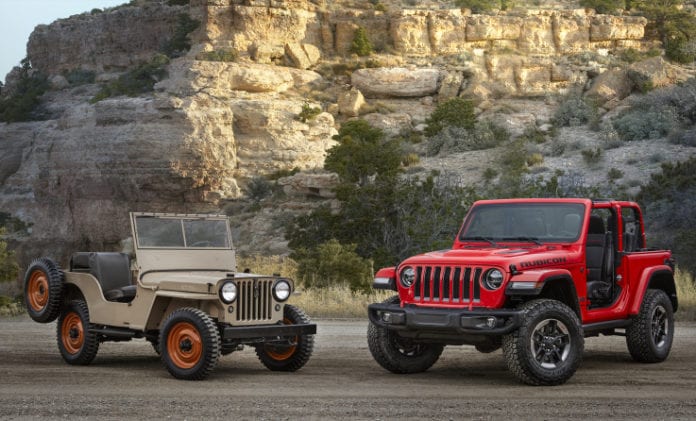 The Jeep Wrangler, the car most people are probably thinking of when they hear about “a Jeep,” will take a leap forward into the world of alternative powertrains in 2020 when it gets a plug-in hybrid variant. The PHEV version of the Wrangler was announced at the LA Auto Show this week (via Roadshow) alongside an EcoDiesel and standard gas versions.

There’s not much additional information out there yet regarding the plug-in Jeep, except that it could borrow from the hybrid version of the Chrysler Pacifica, which offers a fully electric range of 33 miles and an overall efficiency rating of 32 miles per gallon. Maybe you could stick with electric drive for the commute, and only dip into your gas reserves when you’re hitting the off-road trails for the weekend.

This is definitely a bit of a departure for the tried and true Wrangler brand identity, but automakers are increasingly looking for places in the lineup where use of EV and hybrid drivetrains make sense, from both a consumer and a manufacturer’s perspective.