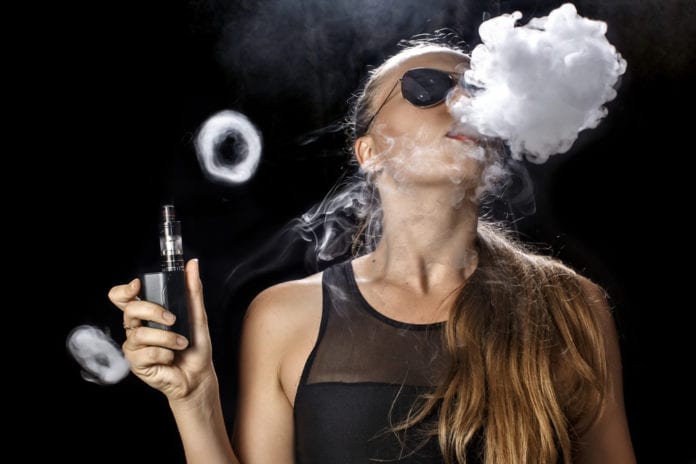 Electronic cigarettes have gained a steady following in the U.S., but their health effects aren’t fully understood. University of Connecticut chemists developed a way to detect how much damage e-cigarettes may inflict on human cells.

By mixing DNA with an electrochemiluminescent (ECL) agent, a mixture that lights up after electrochemical reactions take place, and exposing it to extracts from cigarette smoke and e-cigarette vapor, the chemists were able to spot DNA damage. Compared with unfiltered (nf) tobacco cigarettes, nicotine e-cigarettes are just as harmful. And non-nicotine (nn) e-cigarettes caused damage similar to that of filtered tobacco cigarettes. Here, colors approaching white on the scale indicate higher ECL levels and more damage, while colors closer to black indicate lower levels and less damage.