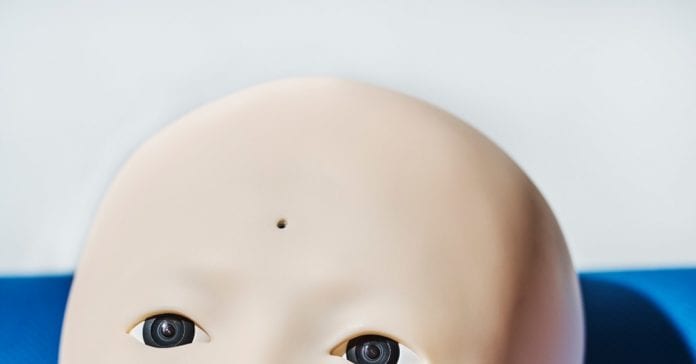 Back at the start of the summer, WIRED science writer Megan Molteni dropped a bomb: “The Tick That Gives People Meat Allergies Is Spreading.” The story went viral, (probably because we published the the words “meat allergies” during peak grilling season), but the piece was more than a clicky headline: Molteni dove deep into the molecular science behind what causes the adverse reaction.

That story is just one example of how the WIRED science team takes a simple concept—running a marathon, making memories, getting old—and explores the complicated science behind it in an approachable, engaging way.

And that’s why these 17 most-read WIRED science stories of 2017 will be great reads for years to come.

After making millions for Enron, launching his own hedge fund, and becoming a billionaire, John Arnold retired at 38. His next act? Fix terrible science.

Humans Made the Banana Perfect–But Soon, It’ll Be Gone

The history of coffee gives us surprising insight into the future of the world’s most popular banana.

How a Single Gene Could Become a Volume Knob for Pain

Her skin is perpetually on fire. He can’t even feel a bone break. Together they might hold the key to ending America’s opioid epidemic.

A Rare Journey Into the Cheyenne Mountain Complex, a Super-Bunker That Can Survive Anything

Shielded by 2,500 feet of granite, people here gather and analyze data from a global surveillance system, in an attempt to (among other, undisclosed things) warn the government’s highest officials of launches and missile threats to North America.

Red meat, you might be surprised to know, isn’t totally sugar-free. It contains a few protein-linked saccharides, including one called galactose-alpha-1,3-galactose, or alpha-gal, for short. More and more people are learning this the hard way.

Why Phoenix’s Flights Can’t Take Off in Extreme Heat

Airplanes can’t fly because it’s too hot? That’s crazy, right? No, not if you understand the science behind it.

Nike’s quest to break the two-hour marathon did not go as planned. But when you’re pushing the limits of human performance, nothing ever does.

Forget the Blood of Teens. Metformin Promises to Extend Life for a Nickel a Pill

Metformin is a slightly modified version of a compound that was discovered in a plant, Galega officinalis. The plant, also known as French lilac and goat’s rue, is hardly the stuff of cutting-edge science. Physicians have been prescribing it as an herbal remedy for centuries.

A Math Genius Blooms Late and Conquers His Field

June Huh thought he had no talent for math until a chance meeting with a legendary mind. A decade later, his unorthodox approach to mathematical thinking has led to major breakthroughs.

Your Brain Doesn’t Contain Memories. It Is Memories

Your brain’s ability to collect, connect, and create mosaics from milliseconds-long impressions is the basis of every memory. By extension, it is the basis of you. This isn’t just metaphysical poetics. Every sensory experience triggers changes in the molecules of your neurons, reshaping the way they connect to one another.

The memo is a species of discourse peculiar to politically polarized times: cherry-picking scientific evidence to support a preexisting point of view. It’s an exercise not in rational argument but in rhetorical point scoring. And a careful walk through the science proves it.

One study evaluated postdoctoral fellowship applications in the biomedical sciences and found that the women had to be 2.5 times more productive than the men in order to be rated equally scientifically competent by the senior scientists evaluating their applications.

All hurricanes have a theoretical maximum intensity, a thermodynamic limit on how fast their winds can blow. Few hurricanes ever actually reach that limit. But as Irma grew and developed, it came very, very close.

The Impossible Burger: Inside the Strange Science of the Fake Meat That ‘Bleeds’

Impossible Foods thinks the essence of a meat lies in a compound called heme, which gives ground beef its color and vaguely metallic taste—thanks to iron in the heme molecule. In blood, heme lives in a protein called hemoglobin; in muscle, it’s in myoglobin.

Are We Ready for Intimacy With Androids?

Hiroshi Ishi­guro builds androids. Beautiful, realistic, uncannily convincing human replicas. Academically, he is using them to understand the mechanics of person-to-person interaction. But his true quest is to untangle the ineffable nature of connection itself.

Grad Students Are Freaking Out About the GOP Tax Plan. They Should Be

Removing the promise of a living wage would dramatically affect people’s ability to pursue a graduate degree.

Watch the Boston Dynamics Atlas Robot Do a Backflip. Yes, a Backflip

To be clear: Humanoids aren’t supposed to be able to do this. It’s extremely difficult to make a bipedal robot that can move effectively, much less kick off a tumbling routine.