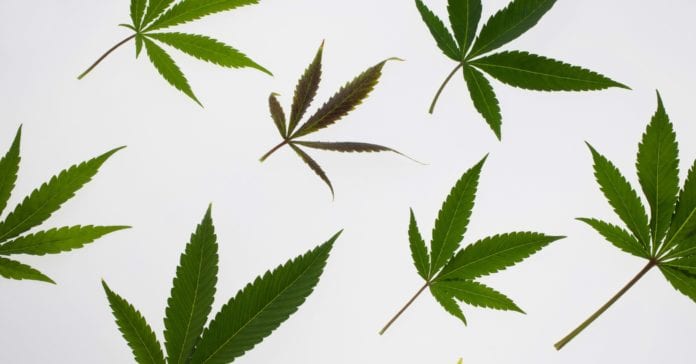 You enter the University of Colorado Boulder’s newest research laboratory through the side entrance. The door—which is heavy and white, with a black, jug-style handle—slides open from right to left. Crammed inside are a plain wooden dresser, two chairs, and a small desk, above which someone has taped a mediocre landscape-print (mountains, trees, clouds, etc.). A kaleidoscopic purple tapestry hangs from the far wall. The ceiling slings so low that it forces some visitors to duck, and the flooring is made of wood. Well, wood laminate.

The modest setup occupies just a few dozen square feet of space—a tight but necessary fit, given that CU Boulder’s newest research laboratory is located not in a building on the university’s campus, but the back of a Ram ProMaster cargo van.

The lab is mobile because it has to be. Researchers at CU Boulder’s Change Lab built it to study marijuana’s effects on human test subjects. But even in states like Colorado, where recreational marijuana has been legal since 2014, federal law prohibits scientists from experimenting with anything but government-grown pot.

And Uncle Sam’s weed is weak.

Cultivated by the University of Mississippi with funding from the National Institute on Drug Abuse, federally sanctioned cannabis is less potent and less chemically diverse than the range of cannabis products available for purchase at dispensaries. According to [findings published in the journal [Nature Scientific Reports](https://www.nature.com/articles/srep46528/) earlier this year, the weed that researchers use in clinical cannabis studies is very different from the weed people actually use.

CU Boulder’s mobile lab (aka the CannaVan, aka the Mystery Machine) lets researchers drive around that problem. “The idea is: If we can’t bring real-world cannabis into the lab, let’s bring the lab to the people,” says neurobiologist Cinnamon Bidwell, a coauthor on the aforementioned Nature study and head of the CannaVan research team.

Researchers are using the CannaVan to investigate the potential risks of high-potency cannabis concentrates, like dabs, and the potential benefits of cannabis use among medical patients with anxiety and chronic pain.

It works like this: CannaVan researchers first meet with test subjects on CU Boulder campus, where they assign study participants specific commercial cannabis products with known potency and chemical makeups (including edibles and concentrates). Once the test subjects leave, they purchase their assigned cannabis from a local dispensary. Later, CannaVan researchers drive to the subjects’ homes. Participants enter the van sober, and researchers perform blood draws and establish test subjects’ baseline mental and physical states. Then they go back into their homes; eat, smoke, vape, or dab their product as they please; and return to the van, where researchers draw the subjects’ blood again, perform interviews, and evaluate things like memory and motor control.

Bidwell’s team is currently using the van to investigate the potential risks of high-potency cannabis concentrates, like dabs, and the potential benefits of cannabis use among medical patients with anxiety and chronic pain. The researchers use the lab to evaluate the drugs’ acute effects, track usage and quality of life, monitor symptoms, and investigate how patients titrate their doses. “Basically, we’re looking at whether people can have pain relief without walking around feeling stoned all the time,” Bidwell says.

Crucially, all of this happens without any CU researchers buying, touching, or even seeing commercial cannabis themselves. “As Colorado citizens, we can purchase and use these products. But as researchers, we can’t legally bring them into our lab and directly test their effects, or directly analyze them,” Bidwell says. The CannaVan studies are less precise than those her team could perform in a traditional lab (where they’d have greater influence over things like dosage, timing, and chemical makeup), but more controlled than a pure observational study. Plus, these studies are actually legal. “We’ve worked very closely with CU Boulder administration, our legal team, research compliance officers—the list goes on—to see that everything is above board,” Bidwell says.

The upshot: Randomized controlled trials these are not, but these first observational investigations from CU Boulder’s CannaVan are liable to be some of the most relevant behavioral and therapeutic studies on cannabis in 2018, and—it seems likely—several years to come.

That’s because weak government weed isn’t the only thing holding back medical marijuana research. Even as California, Nevada, Massachusetts, and Maine this year join the list of states where recreational weed is legal, in a country where 93 percent of voters support some form of legal pot, cannabis retains its designation under federal law as a Schedule I narcotic. That’s a classification on par with heroin and ecstasy, and one that seems unlikely to change in the current political climate.

Attorney General Jeff Sessions’ aversion to medical marijuana has been well documented. In April, he directed a Justice Department task force to review and recommend changes to the Cole Memo, which, since 2013, has enabled states to implement their own medical marijuana laws with minimal intervention by the US government. A month later, Sessions asked Congress to undo the protections afforded by the Rohrbacher-Blumenauer amendment, which also shields state-legal medical marijuana programs from federal interference.

“He hasn’t yet, but if Sessions prevails at rolling these protections back, everything becomes harder for everybody, and that scares me” says geneticist Reggie Gaudino, chief science officer of marijuana analytics company Steep Hill. “I think it would have a chilling effect on the entire field—sales, medical research, genetic studies, chemical analyses. All of it.”

And experts agree a chilling effect is the opposite of what cannabis research needs. “There needs to be an enormous amount of work done not just on the compounds present in various cannabis products, but on the best ways to characterize exposure to those compounds,” says Harvard pediatrician and public health researcher Marie McCormick. Earlier this year, she chaired a review by the National Academies of Science, Medicine and Engineering of existing marijuana research—the most thorough evaluation of its kind to date. The report found strong evidence for marijuana’s therapeutic potential, but gaping holes in foundational research that could guide its medical and recreational use. “It’s not terribly sexy work. It’s slow and methodological. But it’s critical to understanding the effects of cannabis exposure, its potential risks, and its potential remedies,” McCormick says. That’s not all going to happen in 2018, she adds, “but developing a solid research agenda would go a long way toward moving things forward, and a big thing that would help would be the removal of marijuana’s Schedule I status.”

In Colorado, for example, rescheduling marijuana could embolden CU Boulder’s legal team to allow locally grown, non-NIDA weed on campus. This summer, state lawmakers passed House Bill 1367, a law which, when it goes into effect in July of 2018, will allow licensed Colorado cultivators and researchers to grow and study marijuana for clinical investigations. “But it’s still up to the university to say whether they’ll go with state or federal laws,” Bidwell says. CU Boulder researchers receive hundreds of millions of dollars in federal funding every year; adhering to local laws over federal ones could put some of that money at risk. “We don’t know how the university will come on that,” Bidwell says. “But the institution is, understandably, pretty risk averse, and we have no sense of a timeline on when they might decide.”

In the meantime, Bidwell and her team will continue cruising Colorado in the CannaVan, conducting observational studies of real-world pot usage. And if you’re in the Boulder area, the researchers are looking for study participants. Just … do be sure any vans you climb into are university-affiliated. Look for the CU-Boulder insignia, the chintzy purple tapestry, and the fake wood floors.