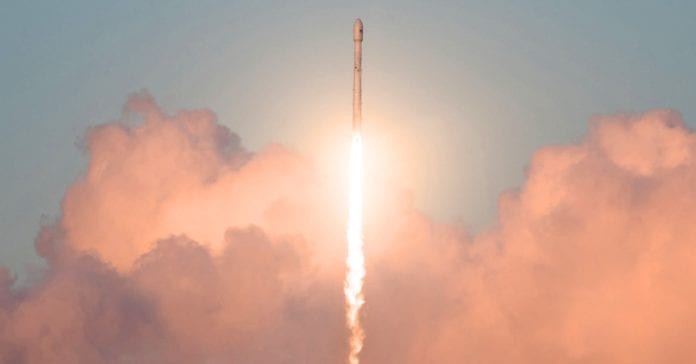 Update: On Tuesday, SpaceX delayed its launch from December 13 to Friday, December 15 at the earliest. Launch is currently set for 10:35 AM Eastern.

For the first time since a fiery pre-launch disaster in September last year, cloud plumes surrounded Pad 40 at Cape Canaveral last Tuesday as SpaceX test-fired one of its pre-used boosters. This week, that booster will launch with a payload for the International Space Station on board—the first time NASA will take a ride on a rocket from Elon Musk’s fleet of reusable vehicles.

Atop the Falcon 9, still charred from its previous atmospheric reentry, the agency will fly a 4,800-pound haul of research materials, crew supplies, and hardware for the station, inside a Dragon capsule that has also flown in a previous mission. It will be SpaceX’s thirteenth supply run for NASA. Originally slated to lift off on December 12, the launch was delayed on Monday night to allow time for ground systems checks; launch is now targeted for 11:24 AM Eastern on December 13.

The taxpayer-funded mission will be the first combined use of a Dragon capsule and Falcon 9 from SpaceX’s growing inventory of flight-proven hardware. And it also christens an improved launch pad—destroyed in that 2016 explosion, along with a Falcon 9 and an expensive satellite—that’s needed to support the company’s push for full and rapid reusability.

In the aftermath of Space Launch Complex 40’s destruction, SpaceX seized the opportunity to rebuild a pad that has been operating with the same basic infrastructure since the 1960s. The facility’s redesign began years ago, even before the first flight of the Falcon 1 in 2006. But with a blank slate after the explosion, SpaceX committed to full modernization.

The company began work on the ruined launch pad in February of this year, following a months-long environmental evaluation of the surrounding complex. The 10-month build cost SpaceX around $50 million and was completed just days before last week’s engine firing. “After we dusted ourselves off after the accident, we really looked at this as an opportunity to not only rebuild the pad but to make it better,” says John Muratore, SpaceX’s director of Space Launch Complex 40. “We’ve gone in and done a lot of work reinforcing the structures, improving the ground systems, and making the systems common with our other pads so that people and tools can be reused between all the pads at SpaceX.”

Major upgrades began with digging up all the concrete and steel that makes up Pad 40’s foundation––something SpaceX wanted to do for years but couldn’t because of their rapid cadence of launches. “In this tragedy, we had an opportunity to rebuild,” Murator says. SpaceX reworked the infrastructure, adding more water coolant diverters to protect the pad during launches and act as a sound suppression system. With less pad damage, SpaceX will be able to conduct longer routine test-fires of the Falcon 9 engines.

The strongback, a tall spinal structure that supports the booster during rollout and erects it vertically on the pad, has also been rebuilt. It’ll now withstand higher winds––a crucial upgrade for a location frequently in the path of hurricanes like Irma, which threatened the space coast last September.

The strongback destroyed during the 2016 incident had six hydraulic actuators to lift the Falcon 9 and took around 30 minutes to do the job. The upgraded version now has twin actuators, one on each side of the rocket, to lift and lower it in just five minutes. Just like the strongback SpaceX built for Pad 39A, it throws back from the Falcon 9 moments before liftoff––an operation that will further protect the hardware, as well as data and propellant lines that are detached before launch.

During the renovation, SpaceX also found serious erosion of the concrete surrounding Pad 40 and worked on laying a more robust foundation that will go undamaged for years. And looking at the blast radius following the explosion, the company decided to establish a safe zone around the pad so crucial ground equipment would survive another incident. SpaceX added concrete walls around the perimeter of the affected area that will act as blast protectors, and “dog houses” with retractable shutters that can protect ground equipment during launch. Most of the electrical systems will now be housed in a concrete bunker underneath the launch pad.

That’s all well and good for the hardware. But the upgrade will also allow for human reusability, in a sense. The new Pad 40 shares similar systems with Pad 39A at next door Kennedy Space Center, as well as Pad 4E at Vandenberg Air Force Base in California, so SpaceX can move its staff around and maintain universal solutions for any engineering issues.

SpaceX’s refurbishment of Pad 40 was a mission in itself, to enable more automation and further help the private launch provider chip away at its turnaround time. The CRS13 launch will mark SpaceX’s seventeenth flight of the year—and if it successfully lands just under eight minutes after launch, its fourteenth booster recovery. With Pad 40 now active, SpaceX has the real estate to launch 30 or more missions next year, starting, supposedly, with the long-delayed covert “Zuma” payload.

But don’t get too comfortable with the idea of three launch pads. As Musk has noted, Pad 39A could be at risk when SpaceX launches the delayed test flight of the triple-booster Falcon Heavy. Cape Canaveral may be in for some pyrotechnics in the new year.