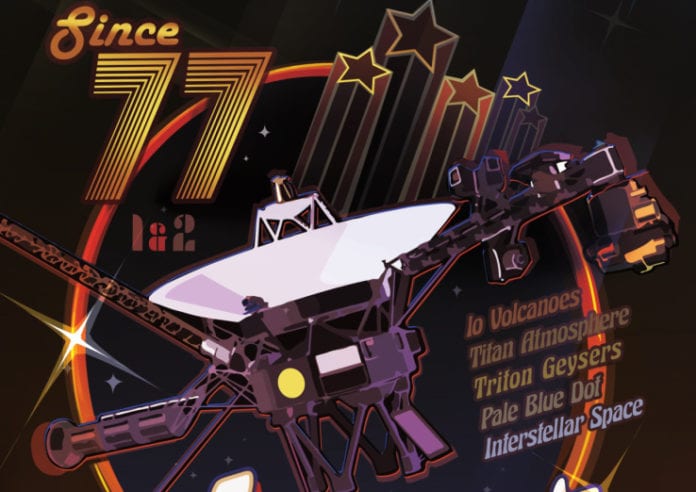 While some spacecraft get the chance to go out in a blaze of glory, others are in it for the long haul – Voyager 1 more so than any other. The mission celebrated its 40th anniversary this year, but it’s not just a lump of metal floating through interstellar space: that baby still runs. Thrusts, rather.

Of course, many parts of the Voyager craft still work despite their age — they’ve been sending reliable telemetry back since launch, including the memorable data in 2012 indicating that Voyager 1 had entered interstellar space. But the crafts’ power sources are estimated to run dry around 2025, at which point they will no longer be reachable.

In anticipation of that moment, perhaps, a group of engineers at NASA’s Jet Propulsion Laboratory have been kicking the tires on Voyager 1. They noticed that the craft’s attitude control thrusters, which it uses to keep itself pointed the right direction, have been falling in efficiency for years.

Fortunately, the Voyagers are equipped with backup thrusters included with this eventuality in mind. Only one problem: the last time they were used was 37 years ago, in 1980.

To reawaken these dormant thrusters the team had to go back to the original Voyager documentation.

“The Voyager flight team dug up decades-old data and examined the software that was coded in an outdated assembler language, to make sure we could safely test the thrusters,” said JPL’s Chris Jones, who led the effort, in a JPL news release.

That’s because for all the team now knows, not being the original software engineers, there could be some bug or strange feature in the code that might interrupt normal operations or (heaven forbid). And the thrusters had never been tested for the 10-millisecond “puffs” needed for reorientation.

“The mood was one of relief, joy and incredulity after witnessing these well-rested thrusters pick up the baton as if no time had passed at all,” said Todd Barber.

The test went so well that not only will Voyager 1 be switching over to the backup thrusters until there’s no longer enough power to keep them warm, but they’re looking into to doing the same thing for its twin, Voyager 2 — after proper testing, of course.