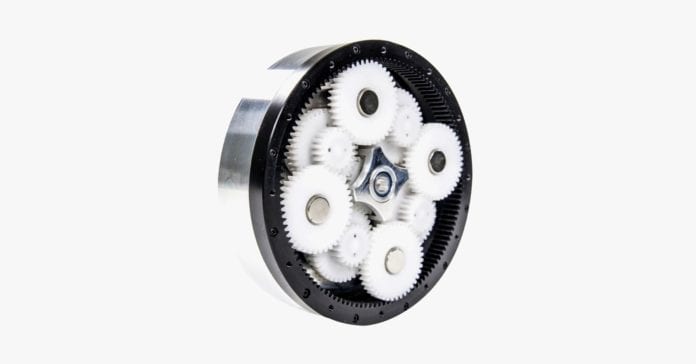 If you were going to kick off a technological revolution, you’d be hard-pressed to do it with more pizazz than Tesla with its electric cars. Flashy, kinda-self-driving, neck-snappingly fast electric cars. But oddly enough, what’s driving it all—the electric motor—is an ancient technology at this point. It’s lost out to the gas engine for over a century, sure, but it’s finally begun to take over transportation, thanks to supporting roles from better batteries and fancy sensors.

But the electric motor is in the midst of launching a far bigger, far more subtle revolution—not in cars, but robots. Open up a robotic arm and you’ll find that its joints are actually electric motors, known as actuators. Actuators make robots leap and run and do backflips and lift 500-pound pipes (different robots, mind you, thank God). The electric car? That’s impressive as hell, but just the beginning. It’s robots that are fueling the quiet ascendance of the electric motor.

So what is an electric motor, exactly? Well, it’s an opposition machine. Inside the device are permanent magnets and an electromagnet; apply current to the electromagnet and it pushes against the permanent ones, spinning the motor. Typically, this is paired with a gearbox, because electric motors are most efficient when they spin at very high speeds. And because the electric motor isn’t working alone, but with a transmission, the whole operation is called an actuator. So every time you see a robot move, it’s the magic of magnets at work—a seemingly simple force that powers an incredible variety of machines. And actuators are growing more precise and more sensitive by the day.

“Developing highly capable and low cost and easy to use actuators is of paramount importance for the future of robotics,” says roboticist Howie Choset of Carnegie Mellon University. “If we want to really hit the tipping point with robotics, so robots can reach the masses, we have to make these systems easy to use as well as low cost.”

That revolution is already well under way. 3-D printers that lay down carbon fiber are making it easier than ever for roboticists to iterate their actuators quickly. Even cooler: 3-D metal printing is emerging, which would mean engineers could print out magnets for actuators on demand.

Meanwhile, the cost of actuators is plummeting. “Then there’s not a whole lot for costs in a robot besides the actuators,” says roboticist Stephen McKinley of UC Berkeley. “That’s where the cost for a robot arm lies.” An actuator that used to set you back $3,500 has fallen to perhaps $1,700. That’s thanks in part to a growing robotics industry that’s creating an economy of scale for the parts.

Which is not to say actuators don’t have their problems. That gearbox can be a limitation, for one: The interplay between the gears can lead to something called backlash. “Every time you have a gear there’s a little bit of play, and then if your gearbox has multiple gear stages, that play gets amplified throughout the gearbox, so it really affects precision,” says Mike Hilton, CEO of Genesis Robotics.

With its LiveDrive system, what Genesis has developed is a “direct drive” actuator to tackle the backlash problem. “With a direct drive actuator, there is no transmission system, and so I can very quickly change directions without damaging anything,” says Hilton. “And that makes it highly productive in high-speed robotic applications, where you’re going back and forth back and forth back and forth, picking something up and dropping it off.”

Genesis’ direct drive actuators are great for speed and accuracy, sure. But there’s no one way to make a robot move—because there’s more than one place for robots to live. Backlash might not always be all that big of a deal for more consumer-focused robotics. “Certainly if there’s too much backlash, then you have certain controllability issues, but my guess is we don’t need that ultra high precision and repeatability you need in a factory setting,” says Alex Kernbaum of SRI International, which makes the excellently named Inception Drive transmission.

Regardless, direct drive actuators and your more traditional varieties of motors will only get cheaper and generally awesomer from here. They can’t catapult humans from zero to 60 in close to zero seconds, but they are catapulting robots of all types into our lives. So say hello to the electric motor, a grizzled technology whose time has truly come.

103-Year-Old Celebrates Her Birthday By Dressing Up As Wonder Woman And...