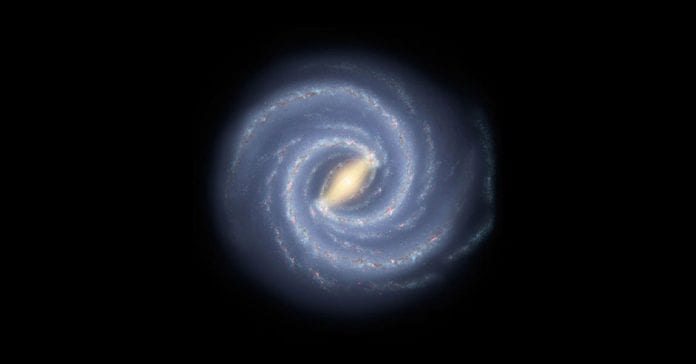 On September 14, 2015, at 3:50 AM Central time, a tiny vibration shuddered down the 2.5-mile-long arms of a massive machine in Livingston, Louisiana. A fraction of a second later, a similar vibration shook the arms of an identical machine in Hanford, Washington. Eventually, physicists from those facilities confirmed the nature of those twinned tremors: After a century of work, they’d finally seen gravitational waves. That tiny vibration, they found, originated from a cataclysmic collision between two black holes, 1.5 billion years ago.

Just two months later, the Laser Interferometer Gravitational-Wave Observatory detected a second wave. Then, this year, a third—then a fourth, fifth, and sixth. Together, they have solved a long-standing mystery in physics, confirming that gravity obeys Einstein’s theory of general relativity. And in October, three pioneering gravitational wave researchers—Barry Barish, Kip Thorne, and Rainer Weiss—won the Nobel Prize for that critical work.

But don’t let the accolades make you think that LIGO’s success came easy. When the observatory started laying crucial infrastructure more than 20 years ago, the rest of the field viewed them as outsiders; a colleague even testified against congressional funding for their efforts. And LIGO isn’t an outlier; all big discoveries in physics inevitably follow a meandering (and costly) path of scientific labor and political sparring. The next discovery will again depend on a capricious combination of hard work, politics, and luck—so physicists have no idea which breakthrough will come next.

But you can expect it to be expensive. Physicists have solved many of the simpler mysteries in the universe, says astrophysicist Joshua Frieman of the University of Chicago, and the remaining questions are complicated enough to require multi-million, custom-made facilities. “We’re victims of our own success,” he says.

So what might be that next great existential breakthrough in physics? Some items on the docket: discover dark matter and dark energy. And oh yeah, figure out where the matter in the universe comes from.

“I think people think of scientists only in the moment of discovery,” says physicist Luca Grandi of the University of Chicago—a dark matter hunter whose search began in 1999. As a college student in Italy, he joined a dark matter collaboration called WArP, whose own mission was already six decades in the making. In 1933, Fritz Zwicky first predicted the existence of invisible “dark matter” when he noticed galaxies were spinning faster than their masses predicted. Decades later, Vera Rubin found more evidence of dark matter in other galaxies. Physicists now think dark matter makes up 96 percent of the universe’s mass.

Still, no one has seen the stuff down on Earth. In his 18 years in the biz, Grandi has tried several tactics. In 2008, as a postdoctoral researcher in the US, he co-founded his own dark matter collaboration called DarkSide, which is still ongoing. But DarkSide’s argon-based detector fell out of favor, as the community pivoted to xenon-based detectors, which were more precise.

Grandi’s current dark matter group, aptly named Xenon, is already making plans into the 2030s—first expanding its current 3-ton detector into 8 tons, and then eventually 50 tons. The bigger the detector, the more likely it’ll catch a weakly interacting massive particle, or WIMP, a hypothesized dark matter particle. And Grandi, now 41, is willing to stay the course. “Every day is different, so I think it’s difficult to get tired in this field,” he says. “You really do a lot of things, from hardware to data analysis to interpretation and statistics. So it’s always exciting.”

That’s what’ll net the next discovery, for one: youthful curiosity that can endure decades of failure and bureaucracy. “You’re now talking over two decades, from the initial conception of a project to actually taking data,” says Frieman. “That’s a long time. That’s a good fraction of someone’s career.”

Frieman may as well be talking about the dark matter effort, but he’s actually referring to an entirely different physics project: the Chile-based Large Synoptic Survey telescope, which will continue the long-suffering search for dark energy. First proposed in the 1990s, that telescope will finally be completed around 2022. Astrophysicists think dark energy has caused the universe to expand at an accelerating pace—so fast that it may eventually tear apart, billions of years from now. They call it “The Big Rip.”

The LSST’s observations will build on the data taken by the Dark Energy Survey, the project that Frieman leads, which has monitored 300 million galaxies since 2013. Frieman helped raise the funds for DES’s $50 million camera, software, and labor, in the early aughts.

It’s a middling amount when compared to the National Science Foundation’s 2017 budget of $8 billion, and LIGO’s cumulative expenditure of more than $1 billion. But physicists are proposing lots of projects with similar budgets. Xenon, for example, has raised tens of millions in the US and abroad for their facilities.

For these sums, “you don’t just apply out of the blue,” says physicist Giorgio Gratta of Stanford University. You first recruit a small group of people to work on it. Usually, you can get a small grant from your university to develop the idea. Then, you prototype and publicize the idea and hope that grassroots enthusiasm snowballs.

It takes years. Best case scenario: You gain so much momentum that the government’s science advisors recommend your project for funding. That’s what can really take a project from theoretical to the practical.

Gratta calls this process “socializing,” and for about five years, he has been trying it out as he fundraises for his own moonshot: a $200 million experimental upgrade called nEXO. He hopes to use it to hunt for a hypothesized radioactive process known as neutrinoless double beta decay. It’s basically two protons in an atomic nucleus turning into two neutrons and two electrons—two particles of matter turning into four, without any production of antimatter.

If the process actually occurs, it’s one way that the universe created more matter than antimatter. And knowing that would help answer that nagging question: Why does the universe exist?

Gratta and his colleagues have spent the last few years socializing. Their group includes about 150 people now, who have all talked up the project at conferences. They’ve presented a design—essentially, a five-ton cylinder of liquid xenon and a lot of elaborate electronics. They’ve backed up their design with feasibility studies on specific detector components.

But they can’t promise funding agencies a discovery. “I mean, you wouldn’t do the experiment if you knew what the answer was,” says Gratta. It’s possible they won’t see ever see the radioactive decay. But even if they don’t, it won’t be entirely fruitless. Physics experiments often yield unexpected technology—nuclear security researchers have adapted dark matter detectors to look for stolen radioactive material, for example.

In 2015, Gratta thought he’d finally made it when a council of scientists, sponsored by the NSF and the Department of Energy, declared his research area a national priority in a white paper.

But even with the council’s blessing, Gratta still doesn’t have funding. He hasn’t even written a formal grant proposal yet because a funding agency told him it wasn’t the right time to ask. He asked the DOE whether he should apply some three years ago, and they told him to come back later. He inquired again this year, and they told him to try around 2019.

Science is about exploring the unknown, says Gratta. “What if there’s nothing?” he says. “Then we learned, there is nothing.” He’s frank about the idea he’s selling. A mission, costing millions and lasting decades, that could answer the universe’s deepest questions—or just come up empty.