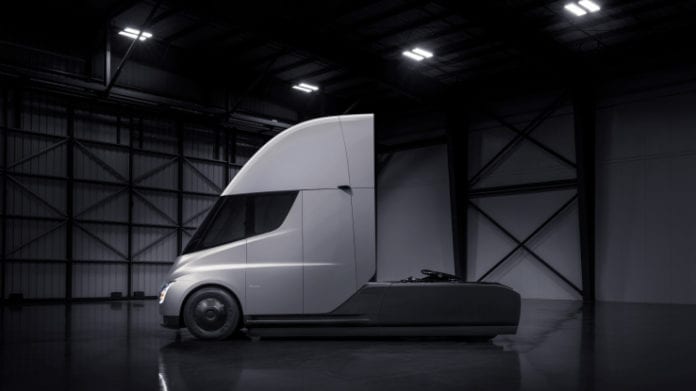 PepsiCo is the latest company to reveal that it’s placed orders for Tesla’s forthcoming electric semi-truck – and also the company with the largest order so far. The beverage company has ordered 100 of the trucks per Reuters, meaning it’s placed at least a $20,000 deposit for each of those since Tesla rose the down payment amount for its original $5,000 starting point.

PepsiCo is actually the second large beverage concern this week to announce its intent to purchase some of Tesla’s all-electric Class 8 heavy-duty towing vehicles; Budweiser brewer Anheuser-Busch revealed earlier that it has put down money for 40 Tesla Semis.

Tesla is seeing a lot of pre-order interest already, from major fleet operators including Walmart, Canadian grocery chain Loblaws and many more. The amounts are, however, at most in the double digits (barring this 100 unit order from PepsiCo), which represents just a small fraction of the total fleets operated by each (Pespi runs over 10,000 trucks, for instance).

Those volumes are big for Tesla, which is new to making trucks and will have to wade through a lot of “production hell” (as Elon Musk termed the current Model 3 production ramp) to get to a place where it can make a lot of the trucks quickly. But they’re also essentially just pilots for these retailers. Pilots at this number of large shippers without even a production vehicle under their belt is definitely a good sign, however, regardless of how you look at it.