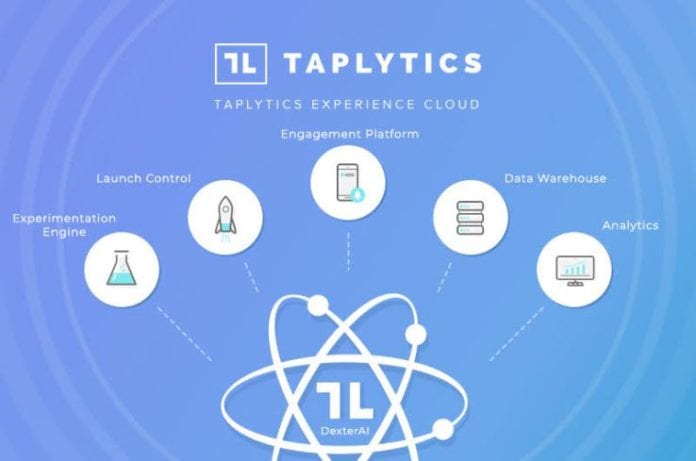 Taplytics is announcing what it calls its “Intelligent Experience Cloud,” bringing together products for A/B testing, messaging, analytics and more

To a certain extent, this is just new branding for existing Taplytics tools, highlighting the fact that the Y Combinator-backed startup has expanded beyond mobile A/B testing by launching a full suite of products to help businesses optimize their apps.

However, co-founder and CEO Aaron Glazer said this is also the introduction of the company’s Visual Web Experimentation Engine — basically, it takes Taplytics tools beyond mobile apps and applies them to the web.

This seems like an obvious next step, but Glazer said his team has been “hesitant” to tackle the web until now. For one thing, the whole rationale behind Taplytics and similar startups was that A/B testing companies focused on the web would have a hard time moving into mobile apps. Glazer said that by going in the other direction, “We basically had to rethink the problem from the ground up.” 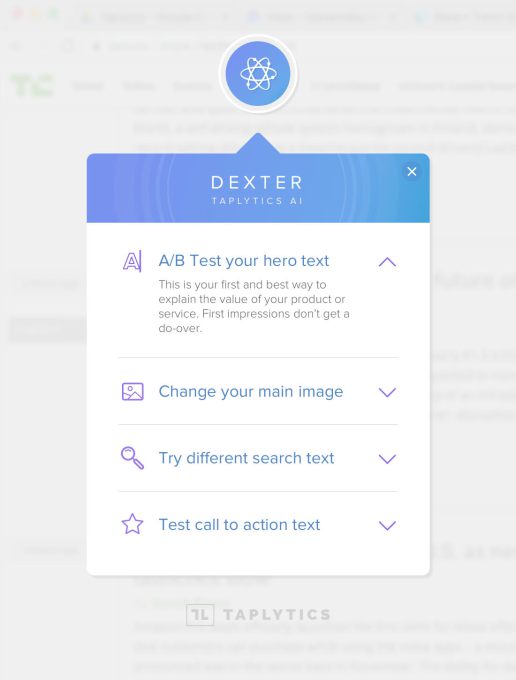 The big challenge? “There can be literally hundreds of thousands of touchpoints from a brand to their user,” and there needs to be consistency between all those interactions.

To address this issue, Taplytics created Dexter, an AI-powered assistant that’s supposed to offer optimization suggestions as you work, based on general best practices and the specific needs of each customer. For example, if a business is trying to improve conversion rates in its online store, Dexter will point out the changes that are most likely to yield positive results.

“We really see Dexter as that sidekick making the user the hero,” Glazer said.

Dexter works across Taplytics products, he added, though it will appear most prominently in the Visual Web Engine, since that’s the newest one.

Besides launching Dexter, Glazer said his team worked to ensure that Taplytics would have “feature parity” with other web testing tools. And just like Taplytics on mobile, it doesn’t require any coding to create tests or personalization.