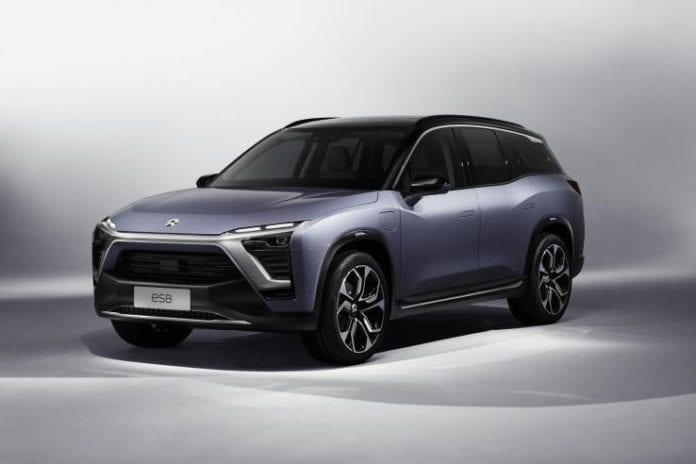 Electric vehicle startup NIO has launched its first production car, the ES8 – a fully electric SUV with 220 miles of range, fast charging that will top off the battery entirely in one hour of charging, battery pack swapping capabilities for thee-minute refuelling and more. The car starts at about $68,000 before incentives and subsidies, and will be a strong competitor with the Model X in China, where Tesla is disqualified from subsidies and also faces additional import charges and taxes since its car isn’t made locally.

The NIO looks like an attractive modern small SUV, addressing a category that is increasingly in demand both in China and abroad. It has seven seats, all-wheel drive, and an advanced infotainment system and dash display consisting of two LED screens including a massive touch interface in the center console. The car has self-parking capabilities, too, and the battery swap feature means that EV buyers aren’t sacrificing any convenience in terms of fuelling up vs. traditional internal combustion vehicles. Plus, it responds to voice commands for triggering certain features, too.

NIO’s ES8 is now on pre-sale, so customers can sign up to reserve the initial shipment of vehicles, which is expected to come out starting in the first half of 2018. You can check out the full launch event from this weekend below: