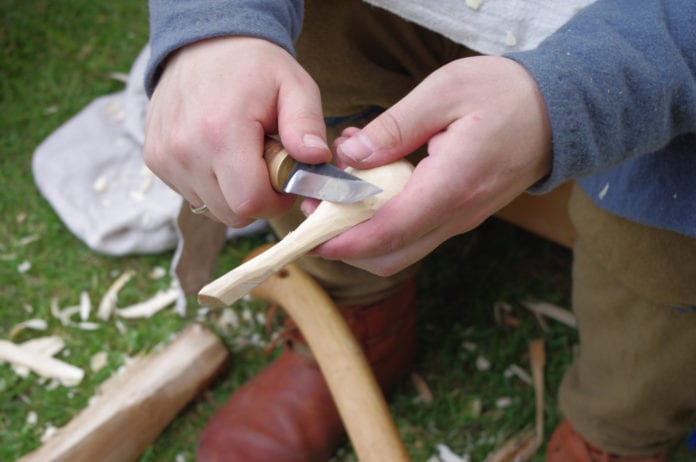 Let’s preface this whole story with a disclaimer: It’s never really a good idea to pop a pimple. But, if you must, absolutely do not use a dirty woodworking blade.

How do we know? Because a 23-year-old man from Chicago did exactly that, and paid a gruesome price.

According to a case report published in The Journal of Emergency Medicine, doctors at the John H. Stroger Jr. Hospital of Cook County treated a construction worker who came to them with a crusty, bloody, bulbous, warty lesion below his lower lip (image here, but not for the faint of heart). The wound had developed over several months after the man said he had “snipped a pimple” with a woodworking blade.

The man didn’t recall experiencing fever, chills, weight loss and hadn’t traveled to any far-flung places recently. So doctors performed a skin biopsy and discovered a rare budding yeast form growing in the wound. Further analysis revealed that it was Blastomyces conidia, a fungus that thrives in soil and wet, decaying wood. The fungus is endemic to parts of eastern North America, and along the western bank of Lake Michigan and most of Wisconsin. It’s also sometimes found in Africa, the Saharan Desert and Saudi Arabia.

Blastomyces causes a nasty disease, blastomycosis, which causes lesions to form in the skin, internal organs and nervous system. Infections are rare, but they are usually caused when humans and animals breathe spores into the lungs, where the disease will then cause mild, flu-like symptoms. In this case, doctors believe the spores entered the man’s skin when he used a dirty woodcarving blade for cosmetic work.

Fortunately, the man was treated with anti-fungal medication and the nasty infection cleared up within a couple of weeks.

When it comes to clearing blemishes, it doesn’t pay to get creative. You can never go wrong with salicylic acid and a little patience.

This Man Gave Up Sugar for an Entire Month, You Won’t...

GizmoCrazed - October 8, 2015 0
Borris and Sacha from YouTube channel ‘lifehunterstv’ decided to try something experimental of late. Given that more than half of the population of the...

Why Blissfully decided to go all in on serverless

The Language Barrier Is About to Fall

What Is Your Take As A Parent In The Digital World?...