Before the eclipse this summer, NASA warned us over and over again not to stare directly at the sun — but now they’re doing just that. Its researchers have reinvented a photography technique more than a century old, using the sun itself as a backdrop in order to capture the shockwave produced by a new supersonic jet.

Schlieren imaging was invented by a German physicist in the 19th century as a way to capture objects moving at supersonic speeds; it basically works by tracking tiny distortions to a uniform background illumination that are produced when the air is disturbed by a passing object.

The results are striking and you’ve likely seen them before. But traditional Schlieren imaging is limited in its range and scale; NASA’s Background Oriented Schlieren using Celestial Objects (BOSCO) allows the sun itself to be used as the background, and, not only that, it’s reliable enough to be used from a chaser plane 10,000 feet up. 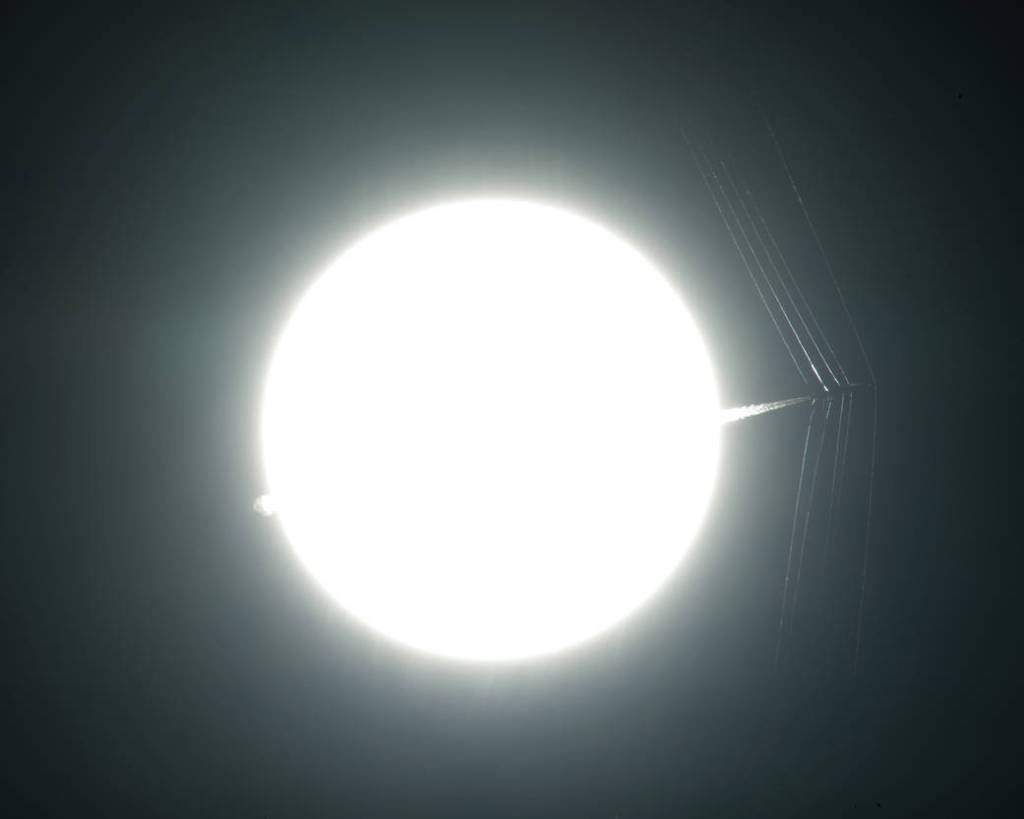 Another Schlieren photo from NASA that uses the edge of the sun as its uniform background; BOSCO uses the disc itself

Previous background-oriented Schlieren imaging efforts for viewing the distortion patterns of planes in flight have been shot top-down with a featureless landscape as their background, or bottom-up using the edge of the sun (as you see above). But BOSCO aims its telescopic camera directly at the disc of the sun, capturing the aircraft as it causes a partial, highly local eclipse.

In order not to be completely blown out, the camera system uses a “hydrogen alpha filter,” which only lets in a very specific wavelength of light, which is produced by the sun in a nice granular pattern.

You can see it in action in this video, which does double duty to remind you that much science is done in circumstances that are decidedly less than glorious but nevertheless awesome:

How cool is that? (Although I do have to say that aesthetically speaking, the smooth gradients of film photography better suit this type of imagery.) 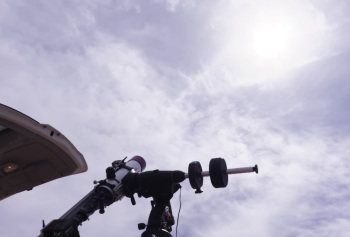 Don’t try this at home

They’re not just doing this for fun, though. BOSCO is part of NASA’s Quiet Supersonic Technology program, which aims (as you might have guessed already) to create a supersonic aircraft that doesn’t create that vexing sonic boom wherever it goes. Such a craft could help bring back consumer supersonic flight, and would even be able to do overland routes.

The future Low Boom aircraft would likely fly at around 60,000 feet, though, but since it would be difficult for a ground-based system to capture good shots of a plane flying that high, the team needed to create something that create this kind of imagery from the air.

So the latest development is the deployment of a new, miniaturized BOSCO that can fit into the wing pod of a chaser aircraft. This lets the researchers capture images from as close as 10,000 feet, while the target plane is actually flying at the target altitude.

“The main objective here was to see what the image looks like at close range, including what kind of shockwave structure we can make out,” said BOSCO principal investigator Mike Hill in a NASA news release. “We needed to use our new compact camera system in order to get an idea of the quality of the images of those shockwaves using a smaller system.”

The new setup is what was being tested in the video above; the flight you see was at 20,000 feet, but subsequent ones were at 15,000 and 10,000 feet, proving that the technique works at the range likely to be encountered during an air-to-air shoot.

Of course, getting a clear shot of one supersonic jet from the wing of a second is a major challenge in and of itself — but at least they know the camera works.

Maybe Nobody Wants Your Space Internet

GizmoCrazed - March 21, 2018 0
In the early 2000s, Greg Wyler, former founder of a semiconductor company, was laying fiber in Africa. He wanted to do something that mattered....

We Burn More Calories in the Afternoon and Evening, Study Finds

Holography-based 3D printing produces objects in seconds instead of hours