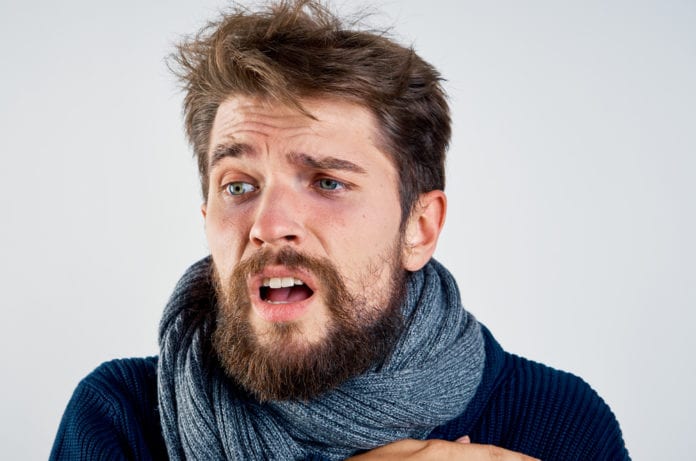 Scientists aren’t always considered to be the most festive group of people. But The British Medical Journal does its part to celebrate the spirit of the holidays with its annual Christmas issue.

Once a year, the journal opens submissions for studies with a slightly lighter tone, but just as much science. The key to inclusion in the Christmas issue is originality and clever ideas — not bad science. “While we welcome light-hearted fare and satire, we do not publish spoofs, hoaxes, or fabricated studies,” their website states.

This year’s group of research subjects certainly did not disappoint, with studies on everything from “man flu” to deadly full moons.”

Around the holiday dinner table this year, you can finally call out that aunt or cousin who insists they can forecast the weather with their bad ankle. While many believe that inclement weather causes joint pain, the science behind those claims is inconclusive.

A research team led by Anupam Jena, associate professor at Harvard Medical School, compared four years of daily rainfall data with outpatient visits to a general physician for joint or back pain for over 1.5 million Americans aged 65 or older.

Of the more than 11 million outpatient visits, only about 2 million occurred on rainy days — or roughly just 18% of overall visits. If that data isn’t compelling enough, the study also finds that full weeks of rainy weather experienced a similar amount of doctor’s visits for joint pain as weeks with no rain at all. There’s no correlation between joint pain and rainy weather, they conclude.

However, the study is only observational. A larger, more detailed dataset would help to clarify the belief that joints can predict the weather, the researchers say. So maybe don’t discount grandma’s bum knee just yet.

The concept of “man flu” can be interpreted one of two ways: Either that men experience cold and flu symptoms more severely than women, or that men unnecessarily exaggerate even mild symptoms, probably so people feel bad for them.

Is it possible that men really are hit harder by colds and flu? And if so, why? Kyle Sue, a clinical assistant professor at Memorial University of Newfoundland in Canada, set out to answer these questions.

What Sue found is that adult men have both a higher risk of hospital admission and higher rates of influenza-associated deaths compared with women in the same age groups, regardless of underlying disease.

The feature article cites a few potential rationales. Testosterone acts to suppress immune systems while estrogen improves its function. Men may also put off doctor’s visits for longer, meaning they don’t get flu shots as often, and allow symptoms to become worse before seeking treatment.

“Men may not be exaggerating symptoms but have weaker immune responses to viral respiratory viruses, leading to greater morbidity and mortality than seen in women,” Sue says in the paper.

Some of the studies he cites were done in mice, though, and there’s other evidence that suggests that men may not actually be as susceptible to flu as Sue lets on in his admittedly over-the-top analysis. In all, it’s best to take these finding with a grain of salt, though it’s certainly something to think about.

Sue ends with a sly jab at men everywhere by suggesting that staying on the couch and lying in bed are beneficial to evolution, as they help hide men from threats. In other words, men might be wimps for another reason entirely — they’re hiding from predators.

Cyclists’ Eyes Are on the Skies

Our orbital companion is an undeniable cosmic marvel, especially on the rare occasions when a full moon and clear skies coincide. These evenings make for not only a celestial spectacle, but also a dangerous distraction for motorcyclists. Across the United States, the United Kingdom, Canada, and Australia, full moons are associated with a small increase in deadly motorcycle crashes.

This may seem to be an amusing statistic, but anywhere between 4,000 and 5,000 motorcyclists die in the U.S. every year. For comparison, the U.S. averages one shark-attack fatality and 38 lightning-strike deaths a year.

Donald Redelmeier at the University of Toronto and Eldar Shafir at Princeton University studied data from the official United States registry of motor vehicle crashes from 1975 to 2014.

What they found is that, on average, an additional motorcyclist dies in an accident every two full-moon nights. On a normal night, an average of 8.64 people die on motorcycles every night — full moons bump the average to 9.1. And on the rare event of a supermoon, average fatalities rise to 10.82.

So perhaps when the moon hits your eye, like a big pizza pie — keep your eyes on the road.

“Additional strategies while riding might include wearing a helmet, activating headlights, scanning the road surface for defects, respecting the weather, being wary of left turning vehicles, obeying traffic laws and forgoing stunts”, the researchers add.

Fill Up My Cup, Mazel Tov

It’s no secret that wine is a beloved beverage at holiday time … and pretty much every other time of year, too. But it’s possible that our culture’s most beloved coping mechanism, “wining about it,” may actually be tied to a significant increase in the size of our wine glasses..

Researchers at the University of Cambridge looked at how wine glass sizes have changed over time. They found that the average volume of wine glasses in England increased from 66 mL in 1700 to 449 mL in 2017. That’s nearly seven times larger, with modern wine glass averages large enough to hold more than half a full bottle of wine.

The trend is not isolated to alcohol consumption, however. The increasing size of tableware is known to increase our food consumption as well. The researchers suggest that along with lower wine prices, increased availability, and improved marketing, “larger wine glasses may have contributed to this rise through several potentially co-occurring mechanisms.”

Maybe pass on that novelty-sized wine glass for this year’s holiday gift to yourself.